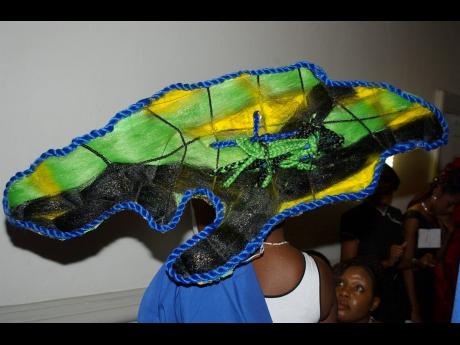 Winston Sill
We can have our own internationally broadcasted Caribbean hair competition. 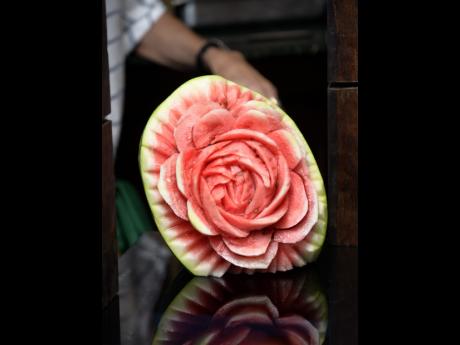 File
... or our own internationally broadcasted Caribbean culinary competition.
1
2

As I have mentioned in many articles, the things that are now happening globally and locally, particularly with regard to economics, crime and other social areas, cannot be solved on a natural level. There needs to be spiritual insight and vision. Vision will come through prayer and repentance. Then God will instil in the young and old the vision for nation building (Joel 1 and 2).

It is not about the political problems we see because, regardless of the party, all sides have the same mentality. So even if there is a change in the political arena, if the minds don't change and become renewed, the problem will double and the nation will continue on the same trend.

The old ways of doing business have expired. We are in an era where we have to be divinely led. Most countries, particularly the Third World nations, are ignoring their greatest assets - the people and the capacities within them! Most are focusing on other areas. Some of the problems do not require a PhD, just simple common sense.

What made the business pioneers of the previous eras so great when many of them were high-school dropouts? In fact, some had only the basic academic qualifications, but they built multi-faceted and multi-million dollar corporations or careers! They had insight and vision way ahead of their time, which still stand!

All these persons are high-school dropouts. They are involved in businesses such as music, entertainment, arts and culture, acting, modelling, real estate, food, and telecommunications.

Now, all Third World countries possess natural talents and resources. If we are going to build the economy and become great, we need to build around what we possess. Our education system must be streamlined in such a way that it can benefit those who will not do well academically but can excel technically. Could it be that the nation's human resources should be managed by the financial ministry of the nation?

Within the Third World countries, what has allowed such nations to be popular are art, culture, culinary skills, entertainment, music, sports, and other natural talents. Why not begin to restore all the buildings within areas that were out of use for years and create programmes to edify men, women and children in those buildings. Engage them in arts and crafts, music, indoor sports, fashion designing, and landscaping. Begin to put on international competitions! We can have our own Wimbledon in the Caribbean. We can have our own PGA and Pebble Beach for golfers.

We can have our own internationally broadcasted Caribbean culinary competition. We can have our own international-level hair competition and bring out the talents within the inner-city areas. Furthermore, bring down the top salon owners and operators and host international-level hair shows and give our local hairdressers, salon owners/operators and stylists the access to express and show their talents in that area - much of which I know will blow their minds.

We have and can use our climate, beaches and culinary expertise to our advantage as a part of the negotiation to bring in the international heavy hitters (who may learn a thing or two from our locals).

Begin to build more playing fields, community training centres, and cut down on highways and security. Some of the worse gunmen are some of the best footballers, inventors, athletes, actors, and even chefs. Give them a direction in which to channel their skills and talents and reduce crime and violence.

We need to stop blaming our security forces when the crime rates are not diminishing, when the nation has not effectively supported positive activities and programmes for directing the skills and talents that exist within the nation. When the nation fails to do this, then the people will find other outlets, and we all know that these outlets may be less than favourable. When people are hungry or desperate enough, they may succumb to negative activities in order to survive. Some may be able to withstand, but not all. So if we are going to reduce crime, we will need to create the environment that facilitate that!