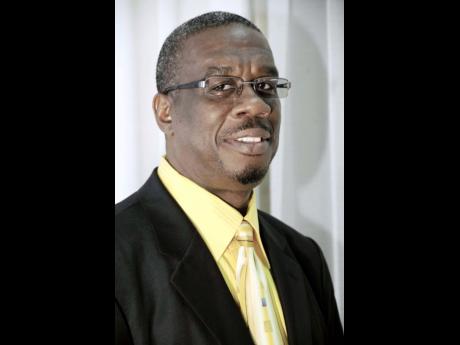 There continue to be distressing signs on the political radar that the very notion of democracy in both of Jamaica's major political parties is under threat.

Intrinsically inalienable rights of persons to elect party representatives of their choice continue to be merely nice-sounding phrases that are being strenuously trampled on at the organisational level.

The concept of what the People's National Party (PNP), in its 'glory' days, referred to as 'guided democracy' has become entrenched in political organisations.

For, on the face of it, the Jamaica Labour Party (JLP) and the PNP are finding it increasingly problematic to convene legitimate selection exercises to choose candidates/caretakers for both divisions and constituencies.

So ensnared is the political leadership of both political organisations in a time warp, that they are unable to extricate themselves from the folly of the past.

Tragically, attempts to maintain the anachronistic status quo that ensures unadulterated control of the electoral processes and political machinery are producing disastrous consequences.

How else can the challenges to the legitimacy of voters'/delegates' lists in the JLP be explained?

This is not to suggest that misguided political misfits, hand-picked by influential political personalities, are detached from the shenanigans being played out which are reflected in party shirts, purportedly, of political contenders/aspirants, being set ablaze.

How can supporters of political parties set fire to T-shirts aligned to (or maligned by) the organisation for which they would literally maim and kill? Isn't this akin to the burning of your own flag, which is deemed to be desecration?

While the burning of party emblems is protected by the concept of freedom of expression, meaning that one can't be jailed for such an act, it is beyond comprehension that political leaders allow this to go without condemnation.

Why should a middle-of-the-road voter align himself or herself with a political party that cannot discipline or sway not only party supporters, but card-carrying members who desecrate its emblems/symbols with impunity?

What does this say about the leadership of such political organisations? Such hands-off approaches dispatch the wrong signals to already misguided political scoundrels.

Even more troubling are the indicators that suggest that the leadership/secretariat of the JLP feels compelled to postpone a selection process in West Central St Catherine.

It is appalling that this is taking place less than two years after the legitimacy of the delegates' list was called into question in the leadership election involving JLP leader Andrew Holness and then contender Audley Shaw.

In Jamaica's dynamic political structure, candidate selection will always involve robust campaigning and debate in any democracy, but should not involve the type of bickering that oftentimes characterises these activities.

Most recent selection run-offs within the JLP, including the candidacy of Othneil Lawrence, have become embroiled in court battles.

Burning T-shirts, as was done in the case of Dr Christopher Tufton in West Central St Catherine, is an insult to the political party, not just the candidate, and the persons responsible should be penalised.

In the case of that same constituency, the selection has had to be postponed indefinitely because of disagreement about the voters' list. Why is the party constitution not followed to avoid these discrepancies? This all shows weaknesses. As it stands now, the selection is off, waiting on a list.

In these latest developments, there are no convincing or persuasive arguments that can be advanced, that by its lack of control, the JLP is able to get its act together in the selection processes in one constituency.

And by all indications, there are more constituencies with which the Opposition party is being called on to grapple. The untidy attempt to oust Gregory Mair from North East St Catherine makes a mockery of due process.

But if the JLP is bad, it's even more abominable in the PNP.

Comrades appear be recklessly out of control, and bullying, defamatory attacks and intimidatory tactics have become the order of the day.

It appears that no lesson was learnt from an aborted attempt by former member of parliament for Central Westmoreland, Dr Karl Blythe, to drag the PNP through the court in a similar manner to Lawrence over in the JLP.

The ugliness that has attended two-term member of parliament for South East St Ann, Lisa Hanna, and her predecessor, Aloun Assamba, by dastardly elements who misguidedly think they are more potent and important than the constituency and the party together, cannot augur well for the notion of democracy in the PNP.

Volatility has beset East Rural St Andrew and two St Elizabeth seats - South West, represented by Hugh Buchanan, and North East, by Raymond Pryce. It is particularly untenable when first-time parliamentarians are at the mercy of persons who don't care about due process and possess no inhibition to mash up the two political parties.

It goes without saying that no parliamentary representative or political aspirant has a God-given right to any seat, but they each have a right to fair play.