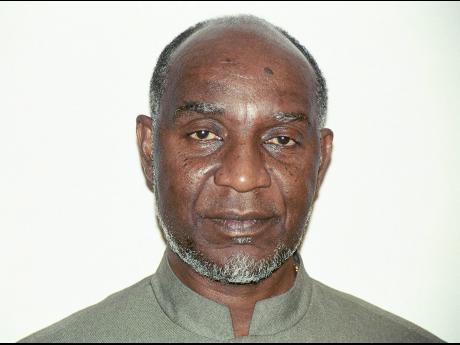 I ended my August 21, 2011 article in The Sunday Gleaner titled 'IMF stalemate' thus: "These are Jamaica's challenges as the Government and the IMF go through the last stages of a very unsteady waltz, or, more accurately, enter the first stage of a bruising tango."

Jamaica had given the technical staff and some senior managers in the IMF (International Monetary Fund) a black eye, as they were unable to report, after three quarters, on an agreement in which the Fund had broken several of its bedrock rules. These high-ranking officials were now exposed.

Knowing the Washington-based multilateral financial institutions and the small group of countries that dictate their policies and even their operational modalities, it was clear to us that any new negotiation was going to be brutal. The officials had to save face. They would not only have to show that they were tough, but that they had not shown partiality to Jamaica in the earlier agreement and its execution.

We were, therefore, not surprised either at the preconditions which were demanded or the terms of the 2013 agreement. What was surprising was that the Government and people of Jamaica accepted that agreement. What is even more surprising is that they have met those severe conditions over seven or eight quarters.

This is remarkable because the most effective way of meeting those targets would be through growth, strong growth; but the agreement was neither growth-focused nor growth-facilitating. It was an agreement accepted because of an appreciation of the reality of the alternative. The IMF no longer needed the support of Jamaica, and those who determined international economic policies were becoming increasingly impatient. Jamaica had to have the IMF seal of approval for the multilateral to continue to do business with the country. The IMF simply had to wait for Jamaica to accept and adopt its terms.

Jamaica has now demonstrated its sincerity for over two years. But it is clear that without meaningful growth, the agreement is unlikely to hold for the next two years. The people of Jamaica who have invested so much in the agreement through sacrifice; the Government of Jamaica, through political capital; and the IMF, which has had so few completed agreements, should all have a vested interest in the final success of the agreement. The challenge is how to induce the rational thinking that will encourage the making of the necessary changes to the current stifling conditions.

The people of Jamaica are not at the negotiating table, and any action away from the table is likely to be counterproductive. The Government of Jamaica cannot argue its own case because of the age-old adage, 'he who has himself for a lawyer has a fool for a client'. The IMF is unlikely to volunteer to review its conditions, as that would suggest that the institution is fallible. So, there is the need for a third party with sufficient influence to intervene.

It is in that context that the initiative of the five United States (US) lawmakers to petition their president to intervene with the IMF on Jamaica's behalf is both timely and critical. The United States is the main determiner of IMF policy. The president, therefore, has only himself to convince.

The initiative of the US legislators should be applauded and supported by every Jamaican at home and in the diaspora. Lest it be thought that it is unusual for a major power in the IMF to intervene on behalf of another member state, let us remind ourselves that Britain only secured its 1976 agreement with the IMF with the active intervention of the United States, France and Germany. That speaks for itself.

- Byron Blake is a former assistant secretary general of the CARICOM Secretariat. Email feedback to columns@gleanerjm.com.