Jamaica and America: partners against crime 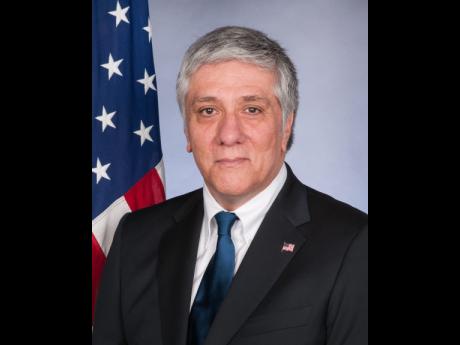 The United States and Jamaica have worked together for decades to combat criminality that affects both our nations, from drug and gun trafficking to organised crime, money laundering and lottery scams.

Our partnership with Jamaica works at the community, national and regional levels to build cooperation, strengthen capacity, and reinforce good governance and transparency. Together, we are working to secure Jamaica's borders and break the corruptive power of the transnational criminal networks that feed the destructive violence we have witnessed far too much of recently.

We see the investments in our security partnership with Jamaica as essential to America's national security. In fact, this is our top bilateral priority and why Minister Bunting is currently in Washington, DC, discussing enhancements to our security cooperation with officials at the State Department, the FBI, and several law-enforcement agencies. I would like to share with you about some specific programmes under this partnership.

First, we are funding a new programme administered by the United Nations Regional Center for Peace, Disarmament and Development in Latin America and the Caribbean (UNLIREC) to enhance the ability of Jamaica's National Forensic Science Laboratory to process ballistics evidence and share it with other countries. This will help Jamaica and its neighbours investigate and prosecute gun crimes and criminals that cross their borders.

The programme will establish rigorous mechanisms, procedures, and protocols for the use of ballistic information in seven Caribbean countries and will increase the capacity of firearm examiners in each country to present reliable peer-reviewed ballistic evidence: evidence that can and will be used in court.

With this scientific data, judges and prosecutors will be able to increase their use of forensic ballistics evidence to reduce criminals' impunity when committing crimes with guns. Under UNLIREC, crime labs across the region will process more evidence faster, reducing the backlog of ballistic testing, hopefully leading to a surge in successful prosecutions.

Second, as part of the United States' increased anti-crime efforts in the Caribbean, the Department of Justice's Bureau of Alcohol, Tobacco, Firearms and Explosives (ATF) is extending its presence in the region in conjunction with the UNLIREC programme. This combination of efforts will build a sturdy and broad-based institutional framework, not just in Jamaica, but across the region to better confront firearms-related crimes.

Third, the US is also working to strengthen Jamaica's maritime borders with the significant addition of 17 new boats, seven for the JDF Coastguard and 10 for the JCF Marine Police. These vessels will not only dramatically increase Jamaica's ability to intercept illicit drugs, guns and people that seek to enter by sea, but also send a clear message to criminals that the game has changed.

But all the law-enforcement cooperation in the world will not matter if the justice system cannot convict the criminals. That is why the US recently donated to Jamaica a state-of-the-art remote video testimony system (the first of three), which will allow vulnerable victims and witnesses to provide their testimony remotely, thereby protecting their safety and identities.

This system will permit their testimony from another building, another city, or another country. If necessary, the judge can even hide a witness's face or disguise his or her voice. The days when a gang or a violent criminal can easily intimidate a victim or a witness into silence are numbered.

Transnational criminal networks have forged new and powerful alliances and are engaged in an unprecedented range of illicit activities that are destabilising to nations and populations around the globe.

However, as President Obama has stated, our strategy is organised around a single, unifying principle: "To build, balance, and integrate the tools of American power to combat transnational organised crime and related threats to our national security." We will continue to work with Jamaica and all our regional partners to do the same.