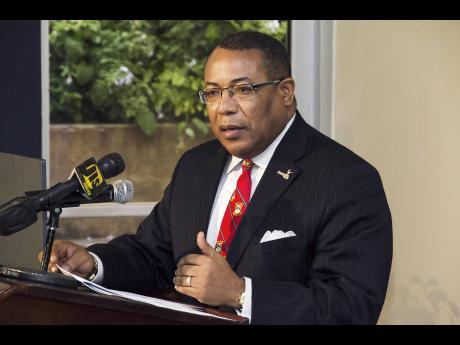 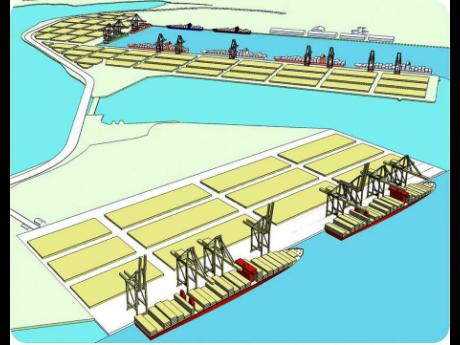 Artist impression of the proposed Fort Augusta container terminal, one of several projects Jamaica plans to incorporate under its logistics hub initiative.
1
2

Those of us who thought we have heard the last about the logistics hub, and that after Krauk and Anchor, industry minister Anthony Hylton would go quietly into oblivion, well, think again.

Just last week, the minister rekindled the flames of hope in the hearts of those of us who are silently praying that this great economic saviour will make an appearance in our lifetime, by tabling a white paper on the Special Economic Zones (SEZ) in the House.

The document is glossy, it looks good; and truth be told, the content is pretty good, too, but it falls very short in terms of the areas in which the anticipated 21,000 jobs will come.

Hylton, however, wants us to wait a bit longer for some of the information we desire. He said that a master plan for the entire logistics hub is to be developed, which in essence means a few more years before the initiative starts taking shape in any serious way.

It has taken the industry ministry more than two years to get to the point of a white paper. To this date, there has been no analysis of the industries that are best suited to operate in the SEZ. What has happened is that the chatter has preceded the work.

But this is Hylton. He is never short on ideas, talks a good game, but history has shown it to be a different ball game when the rubber hits the road.

The minister has led us to believe that the Jamaica Logistics Hub will be a platform to take Jamaica to the world and the world to Jamaica!

We have seen no evidence of that yet, though one has to admit that the prospects for the SEZ are exciting. These SEZ will cluster large transnational companies engaged in a variety of logistics activities - warehousing and manufacturing logistics - that add value to semi-finished or intermediate goods that are destined for global markets.

As many as 16 SEZs are contemplated to be spread across the country, connected with each other, linked with the Port Community System and connected to the world in an economic strategy designed to enhance industry competitiveness and positively impact growth.

"Let me be clear, SEZs are not a panacea for economic growth in Jamaica, but they represent a tried and proven strategy that has been adopted by various countries to develop and diversify their economies. Importantly, our strategy will ensure there is no negative impact on the country's existing tax base," Hylton has said.

I for one feel cheated by the tortoise pace at which work appears to be progressing. Yes, the Kingston Container Terminal has been privatised, and its expansion and improvement will be a boost for commerce. But Goat Island appears dead, and Caymanas seems to be restarted.

Hylton has led missions to Dubai, Singapore, Panama, China, the USA, and Canada to promote Jamaica's Logistics Hub, and has reported to the country that he has been able to generate significant interest from the global investor community.

The Government, he says, sees the SEZs as facilitating new and innovative commercial ventures for the micro-, small- and medium-enterprise sectors, opening up significant opportunities for job creation and allowing local firms to link into global trading platforms as part of the hub effect.

The first major part of the new economic zone is expected to be developed on 1,000 acres on the Caymanas Estate in St Catherine.

The industry ministry has been saying it is in the process of developing either joint-venture or public-private investment partnerships to bring the zone into operation. It is time for an update.

Hylton would have done his credibility a great deal of favour if he had presented a working, strategic plan for Caymanas to the Parliament at the same time he tabled the green paper.

It is high time this logistics hub begins to take shape; it's time we start seeing concrete being poured at Caymanas. If Hylton could do us a favour: save us from the paper and speeches, and give us something tangible to hold on to.