Unforgiveness holds us back 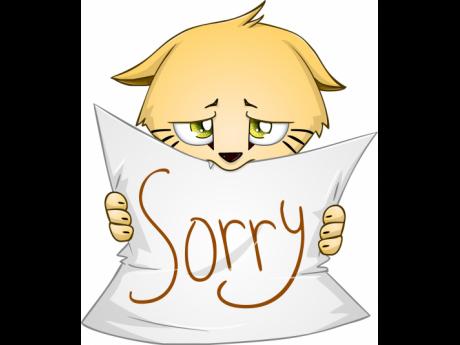 Counselling people over the years has revealed that the number one issue that hinders our growth individually and as a people is unforgiveness.

The greatest obstacle one faces (even within politics), for unity and progress, is forgiveness. Even the laws and systems of the world have been designed to engage and embrace unforgiveness. For example, even if a person goes to prison for stealing or even accidental homicide, they are so marked that they are unable to get a job or even rent a place to live, even if they have been reformed. Even persons who have genuinely filed for bankruptcy or have gone through a foreclosure have that on their record for many years. So they are severely hindered from moving on and starting afresh again for a long time. During this time, they don't have many options.

One thing I am reminded of each day is that you can't use a person's past to determine their future. We have heard and read many stories of persons who defy the odds, but many fall through the cracks and they are not given a second chance.

Remember that the Word of God tells us that if we can't forgive others, He can't forgive us (Matthew 18: 21-35). Recognise that unforgiveness is the number one issue that hinders answered prayers. For example, one might be praying for God to reduce crime and violence and heal a nation. (II Chronicles 7: 14), but because of unforgiveness, the prayer can't be answered.

Most political leaders don't forgive each other. Each time they make speeches, they always refer to what one party or to what individuals have done in the past. Even if it is done in the name of the political game, those involved are breeding unforgiveness among the people.

Ministering on several occasions to large crowds, I have realised that the number one root cause of crime and violence is the issue of unforgiveness because it comes with bitterness, resentment, cold-heartedness and rejection. Most will tell you that they were rejected by their fathers, in some instances because of the social standing of their father, who had an affair with someone 'below' their class or of a different race.

Some say their father was simply a sperm donor and when they tried to reach out to them, their 'fathers' rejected and disowned them - even publicly.

In other instances, some

were raped or abused by family members and have not been able to forgive. This inability to forgive affects the present relationships and have resulted in failed marriages or rifts in the family, among other things.

A young man said to me once that each time his father was about to travel for long periods, he would give them one month's worth of "retroactive beatings" in case they would do anything while he was away. He had great difficulty in forgiving his father for that.

For us as human beings, forgiveness is not only a matter of releasing that person and no longer holding their trespasses against them, but it also benefits us as it allows us to receive healing, peace and true liberty.

The first key to forgiveness is to forgive yourself first.

I was counselling a young lady once and she gave me an open testimony that everything went wrong in her life and she had no peace. When she enquired why, the Lord revealed that she first needed to forgive

herself for the abortion she committed.

The moment she forgave herself, she was even healed of some of her physical ailments.

Joseph, in the Bible, who became second only to Pharoah, could not have had reconciliation with his family had he not forgiven his brothers.

Forgiveness goes along with repentance, restitution and reconciliation. We are now seeing what unforgiveness has done and is doing to the Caribbean and the Americas, especially (but not only) as it relates to race.

Forgiveness comes also in the form of debt write-offs, which is evidenced in Matthew 18:20-35 - where God would give mercy and grace for large companies to get waivers and debt write-offs. But they in turn refuse to show any form of compassion to someone below; they did not pass it on. Likewise, if larger nations were writing off the debts of the poorer nations, indeed, much grace and favour would have been extended to them.

Recognise that our unforgiveness restricts what God would do in others on our behalf. This issue brings torture and exacts its toll on our bodies, minds

and emotions. Every kingdom person is advised to sustain a forgiving heart to all other persons, so that prosperity, peace and true justice will return to them and their household.