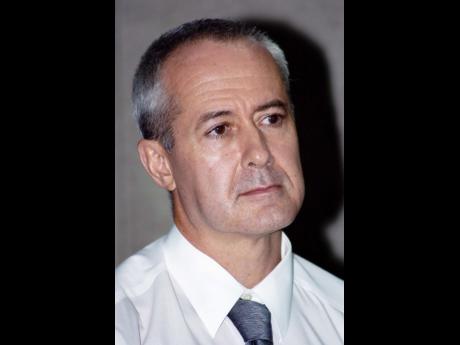 After Christopher Coke was extradited in 2010, the level of homicide fell markedly. There was a 37 per cent fall in homicides from the 2009 peak over the two years following the Tivoli operation. This is the equivalent of approximately 621 fewer deaths.

The Tivoli operation and its aftermath had a profound impact on criminal organisations in Jamaica, partly because it involved identifying, arresting or killing some of the main instigators, and partly because it demoralised the remaining gangs.

Many of the gains have been maintained. There are no longer any no-go areas in Jamaica. However, the gangs have reorganised, new leaders and new patterns of criminal activity have emerged, and the rate of homicide is climbing again.

A state of emergency would not be a good solution, because it is important to restore normal policing as a key part of the process of healing a deeply damaged society. There have been sustained efforts for some years now to strengthen the integrity and capacity of the police force with better equipment, screening and training, augmented by legislative reforms, an increase in the number of police personnel, the reduction in the use of lethal force by the police, and the adoption of more effective strategies.

However, we have not yet reached the point where policing is primarily preventative rather than reactive. In order to get there, we need to lower the level of violence and other forms of crime to the point where the police are no longer overwhelmed and can start to redeploy their resources into crime prevention.

In order to achieve that goal, we need to go through a process of cultural re-engineering so that violence is no longer seen as normal, criminals are no longer seen as role models, and people can have faith in law, order and justice.

This is not impossible. It is important to put our situation in context, however, so that people understand why we have to make particular changes.

There are about 450,000 homicides in the world each year; far more than the number that die in wars. Half of all these homicides occur in just 20 countries, all of them in Latin America and the Caribbean or sub-Saharan Africa, with just 10 per cent of the world's population. These countries are the epicentre of global violence, and several Caribbean nations are among the most violent countries.

The global cost of violence is about US$9.5 trillion a year, about 11 per cent of world GDP. These costs are also concentrated in the same 20 countries. Jamaica, for example, has had a high level of violent crime for more than four decades.

In the rest of the world, however, the level of violence has been falling for decades. The number of homicides in the USA in 2013 was lower than in the early 1960s; the number in Japan in 2013 was the lowest since the war, while in England, the level of violence has fallen by 66 per cent since 1995. If these trends continue, the global level of non-conflict violence (i.e., not including wars) will be halved over the next three decades. This raises important questions as to why the levels of violence remain high in one small group of nations while the rest are becoming more peaceful.

Many of the violent countries have weak or corrupt governance, poorly performing economies, and incompetent or compromised institutions (especially with regard to policing and justice) that are not trusted by the people. There are opportunities to make significant profits from crimes such as extortion, fraud, or trafficking narcotics and weapons, and the risk that criminals will be arrested and prosecuted is low.

The countries with falling levels of violence are those that have made progress with regard to social control (including better urban planning with regard to public spaces and transport, improved street lighting, stronger security systems for buildings and vehicles, more CCTV cameras, and the replacement of cash by electronic transactions); social leadership, where influential members of society emphasise honesty, self-control, civility and respect; the effective rule of law, with transparent and accountable public institutions, and have the will and the capacity to eliminate corruption, especially among public officials; and evidence-based policing.

A strategy to transform a violent society, therefore, has to, simultaneously, resolve the weaknesses associated with violence and poverty, and develop the strengths associated with peace and prosperity.

If we follow this approach, we could heal Jamaica's deepest wounds.

- Professor Anthony Clayton is a lecturer at the University of the West Indies. Email feedback to columns@gleanerjm.com.