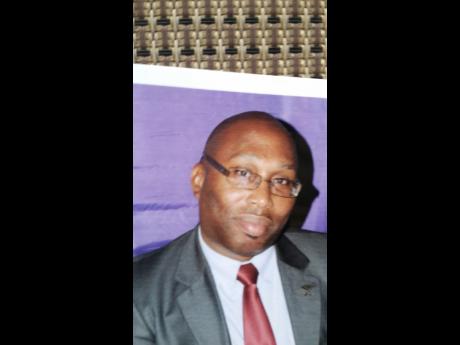 The defection of our athletes to cash-rich nations is quickly becoming a worrying issue. What started as a novel concept when Sandra Farmer-Patrick pulled up stakes and switched allegiance to represent the United States in 1988, is now a contagion of monetary necessity, if not of need recognition. The number of athletes joining the swelling queue to decamp overseas has caused us to be acutely aware of their fugacious national pride.

The topic has touched off firestorm debates amid stirring emotions. The Jamaica Athletics Administrative Association (JAAA) obviously brooks no criticism from the carping detractors. They have opted to utilise their discretionary powers in availing a one-year waiting period before these athletes can become eligible to compete for their newly adopted countries. This, rather than extending the maximum three years. In essence, the JAAA has chosen to walk on eggshells. Similarly, other prominent authorities in the sport would not want to put any nose out of joint and have, therefore, remained mum on the issue.

Under the banner of other countries

The gnawing unease of the cash-strapped JAAA, along with the local track clubs, may have fomented the latest exodus of athletes. There is a subvariety of reasons espoused in many quarters, not the least of which is the notion that these are second- and third-tier athletes who do not have a ghost of a chance of representing Jamaica. They are, therefore, sagely advised to seek better fortunes under the banner of countries that can bankroll their developmental programmes. Frankly, it would be the butt of a joke if this is adduced as the solitary reason, especially when it comes at the expense of showing national pride.

The argument about athletes not being among the elite is not entirely correct, as, while Yohan Blake and Michael Frater flamed out at our recent national trials, one of the athletes who is now set to don the colour of another country actually placed fifth in the 100m final. On merit, he would have booked his ticket to Beijing, China, on the sprint relay squad, but prevailing transfer rules will see him losing his place on the team to the World Championships scheduled for August 22-30. The athlete in question, like many of our young prominent stars, is expected by natural progression to replace the Usain Bolts and Asafa Powells of the sport, particularly when these icons would have hung up their spikes. At the current run rate, attrition will be sure to lessen our chances at future global athletics events, notwithstanding the preponderance of sprinting talents.

Speculation is rife as to the identity of the instigators and where these ideas are being hatched. That said, however, there are lessons to be learnt from this unwelcome trend. The exposure of our young talents to the alluring appeals of external financial support and rewards, presumably by either the coaches, agents or managers, is bound to have far-reaching implications. Aspiring athletes should not be led to see this as a sure-fire route in transitioning into their senior careers. They should be dissuaded from thinking it is their inalienable right, even as free agents of the sport, to switch allegiance. It also begs the question: what would stop the first-tier athletes themselves from being discrepant from the status quo, choosing as well to jump ship at the prospects of guaranteed financial support?

Finally, unless we elicit the immediate intervention on the part of the sport's governing body, the International Athletics Association Federation, to protect us as a poor nation, then we will be defrocked of our talents on a commercially large sale. Likewise, unless there is a colossal decrying of this wanton commodification and exporting of our athletes, there will soon become a tenuous link between the athletes and their national pride. By the same token, no effort must be spared by corporate Jamaica, as well as the Government, to ferret out opportunities to avail compensation packages that can be tied to performances on a progressive scale. This will offer an alternative aimed at truncating the burgeoning number of our athletes that are being influenced to leave our shores.