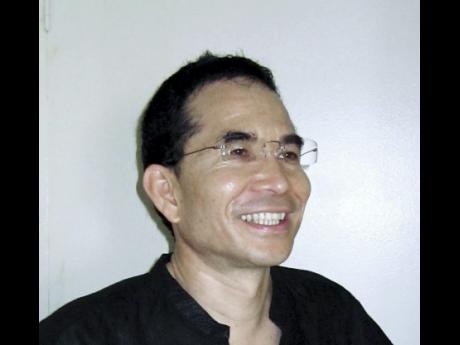 When do two public holidays feel like no holiday at all? When one falls on a Saturday and the other in the middle of the workweek. Which is what Jamaicans are experiencing this year, with Emancipation Day on a Saturday - when most people don't work anyway - and Independence Day on a Thursday, meaning they have to work next day and so can't stay up late. No wonder the Emancipation vibe is so flat this year.

The logical thing to do, of course, is to make Emancipation Day the first Friday in August, with Independence Day the following Monday. Meaning there will be a four-day weekend every Emancipendence season, just like at Easter and most Christmas holidays.

A few academic pedants will want to stick to Emancipation Day on August 1 and Independence Day on August 6. But in my extensive vox pops, persons asked were overwhelmingly in favour of a four-day weekend.

Incidentally, those who claim Jamaica has too many holidays are chatting rubbish. Our 10 public holidays are on the low end of the international scale, where India has the most, at 21, and Mexico the least, at 7. China has 17, South Korea 13, Singapore 11, and the United States 10.

It's not like anyone would forget what they were celebrating. Do places with a 'first Monday in August' Emancipation Day, like the Bahamas, Dominica, Grenada, and Antigua, acknowledge the idea any less vigorously than we do? In Antigua, both the first Monday and Tuesday in August are holidays, and Monday is J'ouvert, a street party that mimics the early-morning emancipation - a very sensible concept.

Such a change would definitely have a big economic impact. Many more Jamaicans abroad would come home for Emancipendence. When August 1 and 6 fall during a Saturday or midweek, even homesick yardies often can't bother with a disjointed visit. Think how many Jamaicans abroad would love spending Thursday night, Friday, Saturday, Sunday, Monday with their families, most of whom don't have to go to work during that time because Friday and Monday are holidays. Four straight non-working days would also mean an even bigger and more hyped Dream Weekend in Negril, again drawing more foreign visitors and boosting tourism.

A last weekend in July with Reggae Sumfest, followed by a four-day Emancipendence bashment at the beginning of August could become an internationally recognised 'world's greatest 12-day party' for overseas Jamaicans and lovers of Jamaican culture. It might become as big as Trinidad Carnival.

In 2016, a visitor would fly in Thursday, July 29, go to Sumfest that same Thursday through to July 31, and rest up Sunday, August 1. Go beach Monday, August 2 to Thursday, August 4. Then party at Dream Weekend from Thursday night, August 4 to Sunday night, August 7. The culturally minded could go to Kingston instead of Negril and take in Mello Go Round and Grand Gala and a big Half-Way Tree Saturday night street dance. Then fly out Monday, August 8. What an unforgettable holiday for the thousands who would come!

The Government should run a scientific poll to see if most Jamaicans would prefer a change to holidays on the first Friday in August and the following Monday, or prefer things as they are - with holidays on August 1 and August 6. There is no doubt in my mind that the answer would be yes to a similar four straight non-working-day setup as in Antigua. And are not public holidays by definition about pleasing the majority of the public?

Vox pops certainly suggest increased ratings for any politician or party who promises to push through a four day Emancipendence weekend holiday into law. The governing People's National Party obviously has first bite at this very-low-hanging cherry. But if they inexplicably show no interest, a sensible Opposition would run with the idea.

Why would any rational, vote-seeking politician not want to take ownership of a widely popular idea that would have definite economic benefits?

- Kevin O'Brien Chang is a businessman and author of 'Jamaica For Real: Beauty, Vibes and Culture'. Email feedback to columns@gleanerjm.com and kob.chang@fontanapharmacy.com.