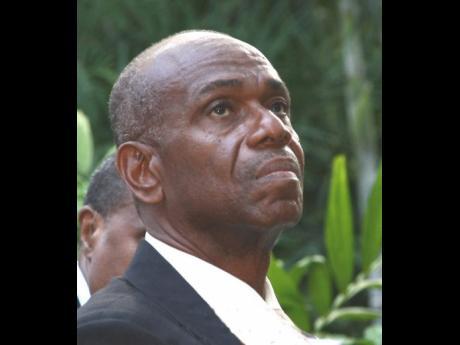 Every once in a while, I find myself at odds with the views of some of my very good friends. Such is the case now with respect to the views expressed by Tony Becca in his Gleaner article ('Reggae Boyz, or who?', August 2, 2015).

Mr Becca expressed disagreement with the composition of the Jamaican contingent, coming as most of them did from England. This is, of course, the view of many football enthusiasts in Jamaica, that Jamaican representatives should, for the most part, be born and bred in Jamaica.

While the above is the ideal, I submit that given Jamaica's state of development in football, the present strategy of fielding the strongest team possible, within the rules, is the best if Jamaica's football is to develop as quickly as possible. Apart from the obvious publicity of Brand Jamaica, success at the international level carries with it a number of benefits, including many more opportunities overseas for Jamaica-born footballers, since the implication is that with the proper conditions (exposure, infrastructure, training, etc), persons of Jamaican heritage have a high probability of excelling at football. This suggests that it is a reasonable risk for clubs, etc, to invest in born-and-bred Jamaicans who show potential and who can be obtained at a lower cost than the already mature talent.

There is also the potential for more money to be pumped into development locally, since oftentimes success internationally generates direct financial rewards.

The FIFA ranking of the national team also has job implications for Jamaican footballers, with a higher ranking putting them in better stead. Also, given the mission of professional football, which is to win within the framework of the rules, Jamaica must operate within these guidelines so that we are as effective as possible.

Recruiting is an integral part of professional sports, and it exists to facilitate groups putting together, in keeping with the expressed regulations, the strongest teams their resources will allow. If it is that Jamaica's strongest teams are now coming from the diaspora, so be it. Let us use their success to help us put measures in place in Jamaica to support home-born and -grown talent.

If the rules allow us to use outstanding talent whose grandmother's father was Jamaican, let us do it while setting up the conditions that will encourage the development of such talent in Jamaica. This rule helps fledgling, poor, developing countries like Jamaica that would be hard-pressed to offer the opportunities to its nationals that wealthier, developed countries can.

We are presented with the option to enjoy success which our below-standard infrastructure, etc, would not support. We should grasp this chance with both hands and make full use of it.

In track and field, until recently, talent was essentially developed overseas. People like George Rhoden -Kingston Technical High School; Keith Gardener - Black River All-Age; George Kerr - Knockalva High, Les Laing - Dinthill Technical, all athletes of world-class quality who carried Jamaica's flag high, but who attended non-traditional schools that were not even allowed to participate at Champs, had to have their talent developed overseas.

That changed when circumstances in Jamaica changed, so that now it is the norm for our best talent to stay in Jamaica with the advent of MVP, Racers and other track clubs. In team sports, it has not proven that easy. In the time when we ruled the world in cricket, West Indian cricketers had their talent developed overseas, primarily in England. This opportunity was essentially taken from us and our cricket is still reeling from the ill effects thereof.

Let us not look a gift horse in the mouth and foolishly throw away the opportunity we have been given in football before we have the wherewithal to take up the slack.

Let us not allow foolish pride to lead us down the wrong path again, as we have done in the case of school sports, where, among other things, pride, greed and money have caused us to lose sight of the mission of our schools and to pursue sports as an end in itself, rather than as a tool, a means to an end - a rounded, balanced education.

This is an opportunity of a lifetime. Let us not kill the goose that is laying the golden egg by objecting to those who were not born or bred here, but who descended from Jamaicans, representing us in football.