Dilma Rousseff and the Peter Principle 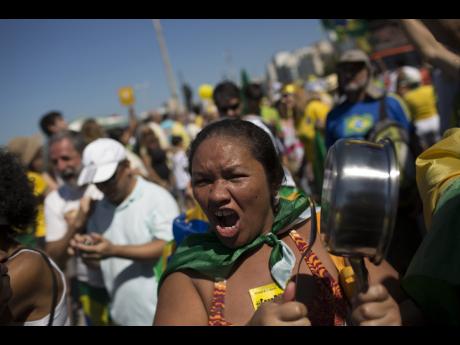 AP
A woman shouts slogans and bangs on a pan during an anti-government protest demanding the impeachment of Brazil's President Dilma Rousseff in Rio de Janeiro, Brazil, Sunday. 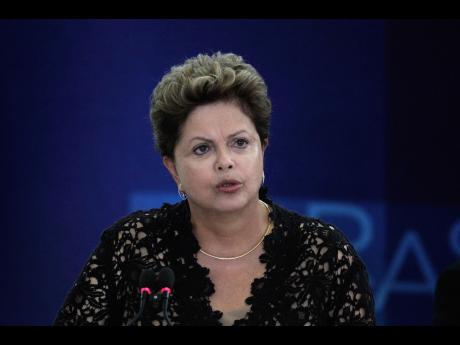 Protesters thronged Brazil's cities on Sunday, demanding the impeachment of President Dilma Rousseff, narrowly elected to a second term just last October, but not one of them made any reference to the Peter Principle. But if Rousseff were a senior manager in any bureaucracy, public or private, it would surely have been noticed by now that she has been promoted to her 'level of incompetence'.

We owe the insight that "managers rise to the level of their incompetence" to Dr Laurence J. Peter, who pointed out half a century ago that people are promoted on the basis of their success in their last job, not their aptitude for the next one. Eventually, inevitably, they are promoted into a job they are not equipped to do well. Even if they are not your conventional kind of manager.

Dilma Rousseff was a success as a left-wing guerrilla, fighting Brazil's military regime in the 1980s. Captured and tortured for three days, she never said a word. She was a success as the chief of staff to Brazil's first working-class president, Luis Inacio 'Lula' da Silva, in 2003-2010.

She was a political success in getting elected as Lulu's successor in 2010, and was re-elected in a tight race last year. But being a president herself is not part of her skill set.

Two years ago, Rousseff had an approval rating of 66 per cent. According to the most recent Datafolha poll, only eight per cent of the population now gives her a positive assessment, while 71 per cent disapproves of her performance. Indeed, two-thirds of those polled believe that Congress should impeach her and remove her from power.

Part of the problem is the economy. Since it peaked in 2010 at seven per cent, Brazil's economic growth rate has plunged. This year, the economy is predicted to shrink by two per cent. It's not all Rousseff's fault. The worldwide collapse in commodity prices has hit Brazil particularly hard. But, in practice, the government in power at the time gets the blame.

An even bigger problem for Rousseff is the legal investigation code-named Lava Jato (Car Wash). The biggest corruption scandal in Brazil's rather impressive history of such things, it involves an estimated US$22 billion in 'suspicious contracts' going back for almost two decades involving Petrobras, Latin America's largest oil company.

Some of it involved graft for personal enrichment, but most of it appears to be money skimmed off government contracts to pay for election campaigns and other party political activities. Since the governing parties for most of this period have been Rousseff's Workers' Party and its parliamentary coalition partner, the Brazilian Democratic Movement, several dozen senior politicians from both parties have been arrested.

On the other hand, there is no charge against Rousseff that could justify an impeachment. Even in the absence of such a charge, a two-thirds majority in Congress could theoretically impeach her, but no such majority can be achieved in the current Congress.

So Rousseff can just tough it out, and so far she has done just that. Sunday's big demos were mostly attended by white, middle-class people who probably never voted for her anyway. Her own constituency of poorer Brazilians, although angry about her austerity measures and rising inflation, have not yet come out in the streets against her.

That could change if the economic situation gets even worse. A major slowdown in China, Brazil's biggest export market, could spell big trouble for Rousseff. So long as no evidence emerges that clearly links her to the corruption at Petrobras, however, she can probably stay in office until her term ends in 2018. What she cannot do is restore popular confidence in her leadership.

She doesn't lack the intelligence or the experience to be an effective president, and most of the time she gets her economic and social priorities right. There is no reason to believe that Lula, the man who finally brought change for the better in the eyes of poor Brazilians, would have coped any better with the economic headwinds that Rousseff has been struggling with. But he would still be popular, and she is definitely not.

She tries hard, but it just doesn't work. She has been promoted to her level of (political) incompetence, and it is going to be a long three years for her and for Brazil.