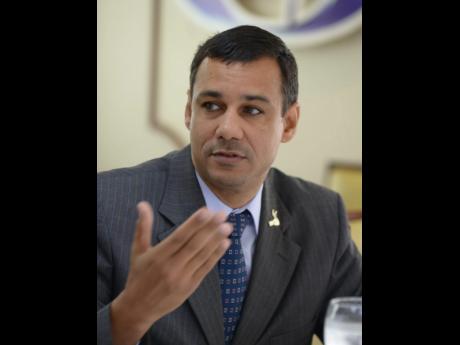 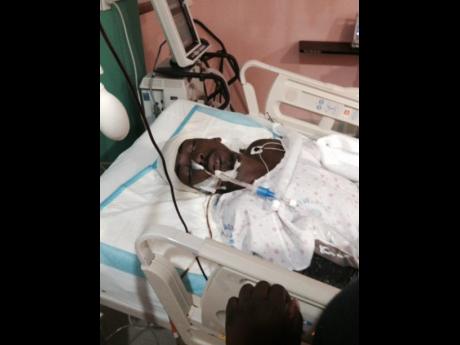 Kamoza Clarke, who died in hospital after receiving a jailhouse beating in Montego Bay. Jamaicans are hungry for justice.
1
2

The United States Department of State posted its report on Jamaica's human-rights practices for 2014 and revealed a damning picture on the current state of Jamaica's justice system.

The minister of justice, Senator Mark Golding, has received a poor grade. Quite frankly, had it not been for the Independent Commission of Investigations (INDECOM), a Jamaica Labour Party creation, Jamaica's human-rights' grade would have been far worse.

The minister of justice then got another poor grade on human trafficking and has been whining non-stop about how unfair the international reports on Jamaica's human-rights records have been. I won't even mention the record levels of physical abuse and, in far too many cases, murder of Jamaican children, which was writing on the wall from a UNICEF report on Jamaica from as far back as 2006-2007.

Instead of whining, the minister of justice ought to be doing his job a darn sight better by, first of all, enforcing the many laws of Jamaica. However, as he publicly declared in December 2014, the State will turn a blind eye to law-breaking to anyone who wished to smoke marijuana at will. This is the tone that has been set by the minister of justice and he hasn't even realised the harm that stance has taken to law and order in general to the people of Jamaica and businesses alike.

The country reports on human-rights practices for 2014 produced by the Bureau of Democracy, Human Rights and Labour out of the United States of America has stated that human-rights issues in Jamaica are characterised by an overburdened, under-resourced and inefficient judicial system and frequent lengthy delays in trials; violence and sexual abuse of children; violence and discrimination against women; trafficking in persons; and violence against persons based on their suspected sexual orientation or gender identity.

The report went on to state that the police in Jamaica often conducted searches of citizens' homes without warrants. The Government of Jamaica has not effectively enforced its child labour laws and did not track the number of children involved in child labour.

I had written years ago on the alarming state of Jamaica's children running about on the streets [http://caribjournal.com/2012/02/14/op-ed-saving-jamaicas-youth] and it has not improved since. Jamaican children are seen at all hours of the day begging and wiping windshields in plain sight, so clearly, the laws prohibiting such acts are as useless as the minister of justice's whining on his failing grade in dealing with justice.

Then the minister wants to set up a committee of some sort to oversee the INDECOM, because according to him, we need another bureaucracy to oversee their operations. INDECOM has been a great success in advancing human rights for all Jamaican citizens. There has been a 53 per cent decline in killings involving police over the period 2014, compared to 2013, which clearly demonstrates INDECOM's effectiveness in saving lives.

The minister of justice, however, would rather add another tax burden to the already-overburdened Jamaicans by setting up, according to him, a "committee to check the potential for INDECOM to abuse its powers". This is the level of backward thinking that has led the Jamaican economy to where it is today - anaemic and flat broke. The Government cannot even afford police uniforms, according to Sergeant Raymond Wilson, head of the Police Federation, who said, "A severe shortage of uniforms is forcing some members of the police force to make their own or to wear uniforms washed out and patched up after seeing better days."

And the minister of justice and his Cabinet colleagues clearly see more benefit in using taxpayers' money in paying bureaucrats than buying hospital supplies and police uniforms.

The 2015 Trafficking in Persons report stated, "Jamaica does not comply with the minimum standards for the elimination of trafficking; however, it is making significant efforts to do so." The report also stated that Jamaica's rating remained unchanged over last year's because, "the Government did not demonstrate evidence of overall increasing anti-trafficking efforts compared to the previous period".

The minister of justice's whining at those results will not change the fact that as Jamaica gets poorer, the citizens of Jamaica will turn to trafficking themselves for money to buy food and other essentials. In 2013, there were 10,000 cases of child abuse reported to the Child Development Agency and it's getting worse. What are you doing about that, Minister?

What will those children become in their years as adults? This is where the minister of justice should be focusing his energies - how to dispense justice to the abused children and hold their parents accountable for their neglectful parenting instead of turning a blind eye to law-breaking and whingeing when it is reported by overseas agencies.

JUSTICE FOR ALL AND NOW

I have already suggested, in my capacity as deputy opposition spokesman on justice and the attorney general, how to improve the justice system in Jamaica (see https://kentgammon.wordpress.com/2015/03/16/no-justice-is-no-peace-why-j). I remain even more committed and focused on those priorities set out in that article as the level of justice gets worse each year in Jamaica.

The minister of justice needs to consider what is called 'sting operations'. They work well in catching criminals in countries that take law and order seriously. But that's the problem with this administration: They do not take law and order seriously. This administration continues to pander to the lawless and the baseness of their supporters without realising the economic demise such pandering leads to.

The Jamaican people must demand better for themselves and not accept such worthless governance in law and order by the current administration. If we have no justice, we have no peace.

The Jamaican people also need to understand that economic justice is almost as important as justice for criminal acts against the person. This Government continues to poke the Jamaican citizens in their eyes by denying them the release of funds to complete the FINSAC commission of enquiry report.

Thousands of Jamaicans lost their businesses because of the anti-business high interest rate policy of the 1990s and this was the cruellest form of economic injustice ever meted out to the Jamaican people by its own Government.

There are still thousands of Jamaicans businesspeople who to this day struggle with the loss of their businesses over that disastrous economic period and with that loss of jobs. Today, those lost jobs are being filled by the vacuum of lotto scamming, which is a national disgrace.

The minister needs to get on with his job by visiting the resident magistrate's courts across this island regularly, as I do, and observe for himself, not in an air-conditioned office far removed on the second floor of the NCB South Tower, how justice is dispensed at the broadest level, and maybe then he will realise the pain and frustration of getting justice in Jamaica.

- Kent P. Gammon is the deputy opposition spokesman on justice and the attorney general. Email feedback to columns@gleanerjm.com and kentgammon@gmail.com.