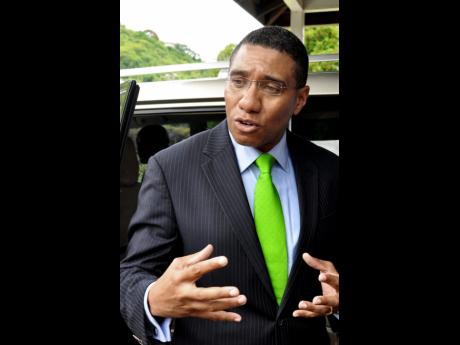 Between the time that Moses led the people out and the time Joshua started to lead them in, there was a significant shift or change that occurred which required a Joshua rather than a Moses; and a generational gap that became visible because of the mindset which was needed to move forward versus the mindset that kept them in the past.

The challenges that the people were going to face were no longer that of oppression and enslavement from a pharaoh, but of facing the giants in order to access and retrieve their promise and inheritance.

WILL AND TIMING OF GOD

Recognise that if the people - not just the leaders - don't move according to the will and timing of God, there will be no moving forward, no prosperity and no inheritance for the future generations.

Many times, people - even prophets - make a prediction and make choices about leadership, but it is not necessarily what God wants. Understand this, even when God may reveal that someone is going to be the leader of a nation or organisation, it does not mean it is His choice for the nation.

God may be showing it to us because He wants to prepare us, or because He wants us to pray for His will to come to pass instead. God's choice and the people's choice are not often the same. Oftentimes, the people don't want God's choice, they choose the media group or lobby group's selection. Popularity and fame are not what make for good leadership; neither do the polls.

In order to determine the right leader, we must enquire of the Lord, who is the right choice for the time and season we are in.

WHAT ARE THE QUALITIES OF A GOOD LEADER

A good leader is not necessarily one who is religious or is a Christian. But God is looking for someone:

- Who fears Him and will follow His leading; willing to go in the direction God wants, and is of good ethical and moral values.

- Who is a visionary.

- Who will empower the poor.

- Who is decisive, not 'politically correct', but instead will tell the truth.

- Who is popular with God, not the people.

- Who will put their country first, not their party.

- Who is willing to unite and go beyond political lines for the benefit of the nation.

- Who will not allow their nation to be controlled by foreign interests.

- Who will not just swear an oath on the Bible but actually follow what is in it.

A good leader must first be a good follower; not one given to undermining peers or usurping power. A good leader has to know when to step aside and pass on the mantle.

Several nations are now gearing up for elections or even a changing of the guard. We see the United States and Jamaica preparing, and in the United States, many are watching Donald Trump as he is not cut from the usual political cloth.

Can God allow Donald Trump to shake things up, or even go for a short stint while He prepares the long-term leader He wants to use? Yes, He can!

Before David (who was God's choice) became king after Saul (the people's choice) died, there was a king that the Lord used in the interim. His name was Ishbosheth (II Samuel 1-II Samuel 4). He was in power while God was fine-tuning David's political and military prowess.

Will we see a Jamaican 'Donald Trump' stepping forward to throw their hat in the political ring? Will we see, for example, a Butch Stewart, Michael Lee-Chin, or a member of the Matalon family coming forward?

When I look at a leader, I don't look at a political party, neither do I look at age. But there are some leaders in different countries, that I am watching closely, who could be God's choice if they pass the test. For example, Richard Azan, Damion Crawford, Audly Shaw, Marlene Malahoo Forte, Al Franken, Mazie Hirono, Marco Rubio, Tom Cotton (Thomas Bryant-Cotton).

Let us see what happens!