Give Gatlin his due 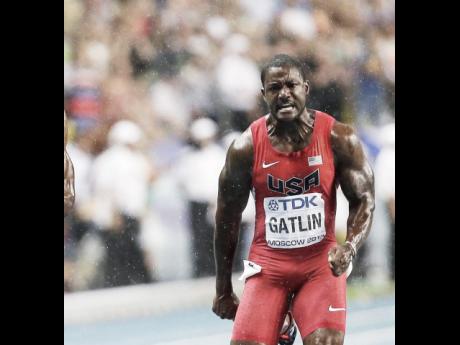 Usain Bolt, the greatest sprinter, at a press conference before his 100m race was telling the media writers to improve on their coverage of the lead-up to the IAAF World Championships in Beijing, but they would not heed his call. He expressed disappointment about the focus on doping before the Championships to the detriment of the spectacle of the Championships. Bolt is correct.

It seems the British press, in particular, is so obsessed with doping allegations and past infringements that everything else pales into insignificance. Perhaps their imbalanced focus will change since one of its own, Lord Sebastian Coe, is the president of the IAAF and not the Russian Sergey Bubka. Lest we forget, when Coe was breaking three world records in a short time, there were persons who were suspicious of the results and wondered whether he was helped by performance-enhancing drugs.

Furthermore, Bolt in the interview quite fittingly pointed out that there are rules, and if the rules allow US sprinter Justin Gatlin to be running after his infractions, then he will have to race him. It is really unfair, as is the case with Gatlin, for someone to have served his punishment and we are still holding it against him. It needs to stop. People in the media are getting holier-than-thou with their attitude towards Gatlin.

In fact, the narrative on Gatlin could be different and he could be praised for having served his sentence, including a four-year ban and to show such love for the sport, commitment to hard work and resilience to be running so fast at age 33. He should be a poster boy for rehabilitation. He should be a role model for persons who have run afoul of the law to come back and be productive human beings.

Gatlin is not known to be a drug dealer, serial rapist, mass murderer or child molester. He failed two doping tests and that was awful. However, politicians have caused grave senseless killings by involvement in wars, drone strikes and pre-emptive strikes and they are treated as royalty. Persons have benefited from an unjust economic system and the legacy of slavery, but we do not mention those atrocities every time we call their names. There is a place and time to mention Gatlin's indiscretions, but not every time.

FOR A MORE EXCITING GAME

Bolt is a remarkable athlete who brings his 'A' game at the right time. Since the Beijing Olympics, Bolt always does his season's best in the finals of the 100m and 200m. It shows intelligence and confidence. He has a great sense of timing and occasion. He peaks at the right time. He is a very focused individual. His analysis of his races is usually accurate. He also knows his rivals. Most important, he knows how to enjoy the sport.

It is necessary to perceive these sporting events as entertainment and not be driven by nationalism to want to win at all cost. There should never be the desire to see someone false-start or get injured. The other competitors are not enemies. Instead, we need to enjoy the competitions.

Let the focus be on celebrating athletes at the Championships.

• Rev Devon Dick is pastor of the Boulevard Baptist Church in St Andrew. He is author of 'The Cross and the Machete', and 'Rebellion to Riot'. Send feedback to columns@ gleanerjm.com.