The Gavel: Goodbye, Office of the Political Ombudsman 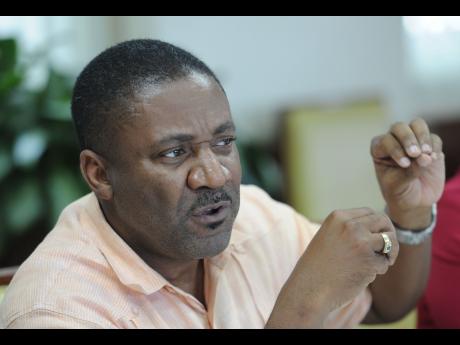 File
Paulwell says a new political ombudsman will be in office before the next general election. 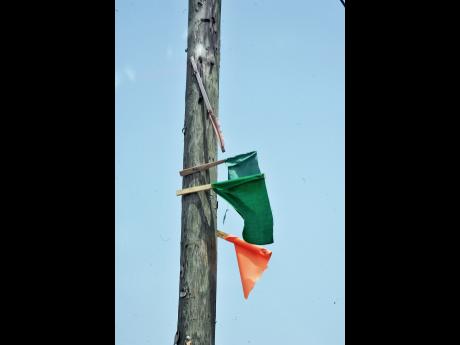 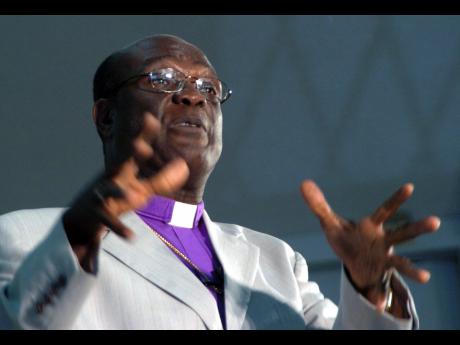 A new political ombudsman will be appointed before the next election. Well, that is what Phillip Paulwell, the leader of government business in the House of Representatives, says.

While the search takes place for a political ombudsman, the law allows the governor general, after consultation with the prime minister and the leader of the opposition, to designate someone to act in that office until an appointment is made. One can only hope that the governor general is not too anxious to pressure the taxpayers of this country, and will not be in too much hurry to designate someone to the office.

The Gavel, like Warmington, has long held the view that the Office of the Political Ombudsman has outlived its usefulness, and it was a waste of taxpayers' money to be maintaining such a costly operation.

Taxpayers are this year forced to fork out $9.7 million to maintain an office that does basically nothing. That bill will more than double when a replacement for Blair is named. The expenditure on the office in 2013 was $18.9 million.

Under the law, the political ombudsman holds office for a period of seven years initially and may, at the expiration of such period, be reappointed for a period of five years. This cost, however, continues in the form of pension whenever the person has retired.

Jamaicans should seriously consider whether it is worth paying so much for an office that hardly does more than monitor whether green or orange flags have been mounted on light poles and if candidates for political offices are being civil.

The political ombudsman is empowered, by law, to investigate any action taken by a political party, its members or supporters, where he is of the opinion that such action constitutes or is likely to constitute a breach of any agreement, code or arrangement for the time being in force between or among political parties in Jamaica.

The political ombudsman's role also extends doing an investigation if he believes something is likely to prejudice good relations between the supporters of various political parties.

Let the ECJ do it

I see no reason why those functions cannot be assumed by the Electoral Commission of Jamaica (ECJ), which already has eight commissioners being paid approximately $8 million per year and the chair who is paid $10 million.

Peter Bunting, one of the commissioners on the ECJ, made the point well when he stopped short of saying the Office of the Political Ombudsman is a waste of resources.

"In my observation and judgment, the interventions of the Office of the Political Ombudsman have been of only modest value during this period," Bunting said in his email to the Human Resources and Social Development Committee of the House of Representatives.

"I do not believe that it is efficient to maintain an Office of the Political Ombudsman for the next few years, since elections are not due within that time frame," Bunting, the minister of national security, said.

Aside from being a flag police, the political ombudsman collected information on serious criminal activities that took place during the 2011 general election campaign.

Blair wrote in the in 2012 annual report that at least four persons were killed and several others injured as a direct result of political conflict in the lead-up to the 2011 general election, and also said claims by one candidate that she was shot at have been proved to be incorrect.

Many would argue that such narrative underscores the need for the office. They are however, misguided. The role of investigating criminal activity should be that of the police.

Let us recall that it was in the context of politically motivated violence that the political parties signed a revised code of conduct. The code, among other things, prohibits the use of violence and intimidation by candidates for political office.

So, for example, the code says no person should engage in, adopt or otherwise encourage, any form of violence or intimidation in their political activities.

It continues: "Every individual should be free to go about his or her lawful business without restriction, harassment or intimidation and should actively discourage the erecting of roadblocks in this regard. Candidates or others acting on behalf of candidates must not use funds derived from any source, public or private, to improperly influence electoral choices; and shall exercise all reasonable care in ensuring that all financial donations are derived from legitimate sources."

Those in favour of retaining the office will continue to posit the view that a referee is needed to deal with inflammatory statements. In fact, one would not be surprised if those who are convinced about the usefulness of the office point to the fact that platform statements in the past were subjects of special attention. These includes Joan Gordon-Webley's "Jezebel" characterisation of Prime Minister Portia Simpson Miller; Donald Buchanan's characterisation of Dr Christopher Tufton as "Satan", Roger Clarke's "little bitches" and "rapists" and comments about the Jamaica Labour Party (JLP), and Peter Fakhourie's broadside on former Miss World, Lisa Hanna as a "punk, idiot, and duppy".

There is also Damion Crawford's reference to Gordon-Webley as "a solid waste of time", Audley Shaw's description of Simpson Miller on political platform as "Jumping around like a leggo beast", and Abe Dabdoub's likening Andrew Holness to a "loader man".

Blair has secured a retraction of most of those statements. Wow, this office has been so important.

Or maybe not. Without it, Crawford had to retract his "dutty labourite" comment, and Ronald Thwaites too had to eat his "leggo beast" comments.

Add Warmington's middle finger and foul mouth, as well as Dr Dayton Campbell's "shape like Jamaican economy" transgression and his broadside on Hanna to the list of behaviours that have angered the public.

Translate any of those infringements to the political hustings and it is unlikey, notwithstanding political passion, that the political ombudsman would achieve a greater outcome than would come if there is outcry from the well-thinking members of the society.

Civil society groups such as the Peace Management Initiative and the Church, and the media now play a significant part in the process, and the darkest days of our politics is behind us. What is needed now is to put the police at the centre of the process thereby sending the signal that no form of criminality will be condoned in the country.

There is a reason that the political ombudsman's office is governed by an interim act. It was never intended to be permanent.

The political ombudsman has played its role in changing the political culture, but now must become a victim of the victory secured by a multiplicity of players including the office.