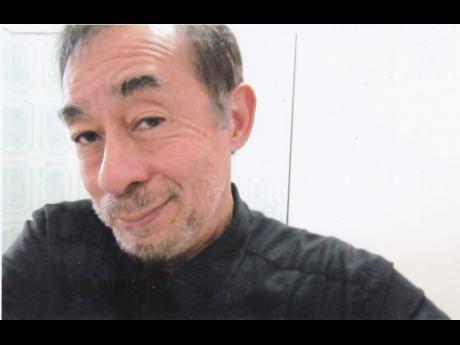 I must comment on the education minister, Ronald Thwaites', description of uncontrollable students as "leggo beasts". Are they the future perpetrators of criminality? If so, do we "leggo" them to unleash their destructive forces on society, or do we try to tame them?

Make no mistake: Jamaicans are a violent people. Imagine you are a motorist unfortunate to hit down an equally, if not more, unfortunate pedestrian who blindly stepped in front of your car. You might be sorely tempted (if you value your life) to head to the nearest police station, rather than stopping at the scene of the accident. Admittedly, a tragic accident. But, better to be a criminal motorist and alive, than a law-abiding motorist and dead. For this is Jamaica, and there is no shortage of machete wielders.

Most violence is cultural. And Jamaica's culture? Think of Jamaican dancehall (yes, our national dance) spewing out rampant sexuality and violence, or the ubiquitous, obscene eyesore of scruffy-looking young men with pants precariously balanced on their buttocks (hoping their pants would drop off? No such luck.).

Even the art of communication is lacking. Instead of resolving conflicts amicably and peacefully, you are more likely to be greeted by scathing remarks about your mother or your sexual orientation. An amusing example of poor communication occurred when the shocking news rocked the sleepy village of St Mary that "dem find a dead man pon top of Miss Brown".

Speculation was that the dead man's (most likely Mr Brown) heart gave out during an unusually hectic sexual romp. Some (at least, the men) agreed that it was a fitting and glorious end and expressed a desire to go that way when their time came. As it turned out, the news was somewhat misleading as the man who died was not Mr Brown, and he lived above ("on top of", hence the misinformation) Miss Brown's residence.

Can we tame the leggo beasts? All children, Diderot the French philosopher observed, are essentially criminals. It is merely our good luck that their physical powers are still too limited to carry out their destructiveness. Taming starts with the home.

No social institution is more fateful for shaping a child's character than the home. A good home helps the child to develop confidence, affection, respon-sibility and understanding. In a bad home, maturing is arrested. Good citizens have the same desire as criminals money, sex, pleasure but they have inner restraints that prevent them from resorting to criminal means to get them.

Schools ought to be places to helpthe young mature. Oftentimes the school board, teachers and administrators are themselves mentally, emotionally and socially immature. Children should be encouraged to develop inquiring minds rather than reproductive minds; critical minds rather than merely passive and credulous minds. Critical-thinking skills enable children to have not only gainful employment, but also prevent them from being sexually exploited.

Children and adolescents cannot yet experience the mature insights of adulthood. They can only prepare for them through the growth environments of the home, schools and culture. Without these nurturing environments, they cannot triumph towards a fulfilling life.

As someone once said, "It's a good thing young people are so beautiful because they have so little else to recommend them." We are the ones who can make the difference.