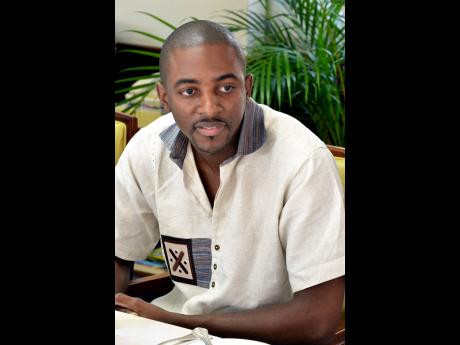 It is not my desire to disrupt the harmony among my learned friends in the legal profession with whom I hope to develop a long-term amicable relationship; nor is it my wish to throw rocks at the windows from outside the noble institution I am desirous of entering, but there is certainly something rotten about the manner in which we administer legal education in this country at this time.

Professor Stephen Vasciannie's ostensibly noble contribution to the Sunday Observer of August 23, 2015 outlined the perennial issue of the unnecessary halting of the professional aspirations of hundreds of students at law, myself included, caused by a selection system at the Norman Manley Law School that is inexplicably skewed in favour of graduates of the University of the West Indies (UWI).

This is because the Norman Manley Law School (NMLS), as empowered by the Council of Legal Education, the institution established under treaty to train legal practitioners in the Commonwealth Caribbean through the establishment of three law schools in the region, has persisted in baselessly privileging UWI graduates in this ever-expanding educational marketplace while UWI has simultaneously acted to compound this privilege through the recent massive expansion of the Faculty of Law at the Mona campus, which has contributed to a massive expansion of the size of its graduating class.

Each graduating batch from the UWI Bachelor of Laws programme, which is composed of students from various parts of the Caribbean, including Jamaica, return from the Cave Hill campus in Barbados after completing their law degrees and disperse to their respective geographic zones to complete their legal education at the law school assigned to their part of the region.

At the UWI, Mona, they are joined by the cohort of law students from the UWI, Mona, Faculty of Law that remained in Jamaica to complete their law degrees. In order to become an attorney-at-law in Jamaica, all these students must complete a Legal Education Certificate at the Norman Manley Law School, and at the moment, under the governing treaty, all these students are entitled to automatic entry to the school to read for this certificate.

Meanwhile, students with law degrees from all other institutions must pay US$150 to the Council of Legal Education in order to sit what it calls a 'Bar Entrance Examination' that is used as the basis for awarding places at the law school. Candidates must attain a minimum of 50 per cent in the five examinable subject areas and then hope, wish, and pray that their name will be on a life-altering list that appears typically about 10 days before the beginning of the school term. UWI students, no matter the class of their degree, are not subjected to this barrier to entry by virtue of reverence to this anachronistic governing treaty.

Having spent the past few years consoling several of my highly qualified contemporaries from 'other' institutions who have been unsuccessful, despite their best efforts, at being offered a place at the prestigious Norman Manley Law School (some after three or more annual attempts), I must confess that I had naively hoped that this year there would be no reason for any other student to endure the indignity of having to desperately cajole political animals, and other connections, to explore for them the possibility of a late and miraculous addition to this precious list; or conversely, actively hoping over a bubbling cauldron that some poor UWI student would fail a final exam for their law degree, thus making them ineligible to take up their dedicated place at the law school.

Imagine my shock to be reliably informed that this year the initial number of 'outside' law students being offered places at the Norman Manley Law School was a whopping seven. Yes, seven degge-degge smaddy!

The Council of Legal Education has collected millions of dollars in examination fees from hundreds of law students and thus awarded places to only 17 - 10 places were found besides the initial seven - while continuing its seeming obliviousness concerning the way in which UWI has ensured that the overwhelming majority of students at the NMLS, and all subsequent batches of attorneys for the foreseeable future, will continue to be almost exclusive products of the University of the West Indies.

I do not intend, as others have done, to continue to gamble my hard-earned money nor my mental health on the Council of Legal Education's legal lottery. Nor will I waste my time and my money reading for another Bachelor of Laws from UWI, as others have done, in order to avoid the Council of Legal Education's deliberately near-impregnable 'Bar Entrance Examination'.

It seems I will either have to satisfy myself to continue my career as a village lawyer or take my degree, ambitions, and newly acquired skills to a jurisdiction that is more serious about using legal education as a tool for national development and not as a means of perpetuating unfounded privileges and unchallenged inequities.

• Brian-Paul Welsh is a law student and human-rights advocate. Email feedback to columns@gleanerjm.com and brianpaul.welsh@gmail.com.