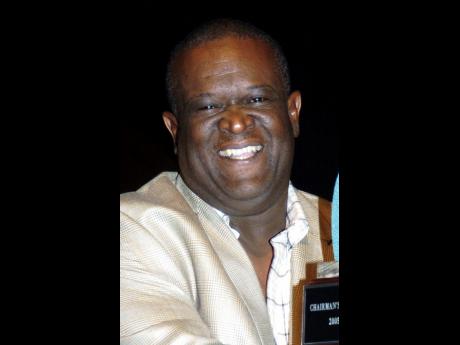 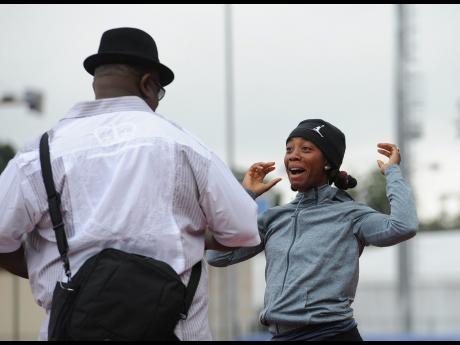 I used to watch him coach. This hulking man, gruff and commanding. Chastising the athletes as they did their drills. Sparing with praise. And yet, in the midst of his drill sergeant approach, he would utter words of encouragement and enough appreciation of the effort of one of his charges that allowed the onlooker to conclude that this man does indeed have a soul.

I used to get to the University of Technology in Papine by at least 6:30 every morning between Monday and Thursday. On those days, the free drive I got from my friend's mother would terminate in Half-Way Tree and I would catch a bus up to the school gate. On Fridays, I would arrive at least 20 minutes earlier as the free drive would take me to the school gate, en route to the AZ Preston Hall at the UWI to deliver supplies to the friend.

I can say, without fear of contradiction, that for most of my commuting days at UTech between September 2001 and September 2003, I was more often than not the first student on campus. And many of those mornings were spent at the back field at UTech, watching this fat man, whistle in mouth and stopwatches hanging from strings around his neck, barking at the likes of Lasko, Willow-Beast, Dog Breast and Mendez to run.

I used to stand with my orange JanSport knapsack on my back, the lone spectator, watching something take shape, but not sure of what it was. How was I to know that this thing would crystallise into the talent conveyor, churning out the kind of talent that the world in later years would clamour and pay big bucks to see?

The man would berate Lasko at times, telling her to do another set of 400-metre sprints, even when she protested that the strain of the workout made her feel as if she was going to throw up what she had not yet eaten for breakfast. He would feign concern and then ask her how much longer she would need to get to the top of the 400-metre mark.

I never once thought of going on to the huge field and getting closer to the action. No, sir. This man looked as if he could command paint to peel itself from a wall, and I was not intending to cross swords with him about my rights as a student to go on the UTech campus, given that I was in good standing where the payment of my fees was concerned. After watching him work at close quarters for more than two years, I never once thought of going across and saying hello, given that I was almost certain he would tell me where to get off as I was disturbing his important business of coaching. That, of course, is my loss.

It's indeed my loss that I never disturbed the general, the supernova, the genius; the man sent to the athletics world by the gods and tagged Stephen Francis. This man, with the help of others, has built something magnificent from nothing. Inadequate resources and physical facilities have been no match for his shrewd eye for talent and his ability to harness the potential of young, promising athletes into young world-beaters.

Indeed, Stephen Francis is to athletics what the late, great Cecil Baugh was to pottery. When he puts the clay of young talent in his hand and applies the water for moisture and presses his palms and fingers into the mixture, the result has consistently been a masterpiece. The man is a genius and the sooner we accept that the better.

I can't believe that in the early 2000s, this man, who drove a beat-up, grey Proton Saga, who coached athletes that weren't even known on the campus, is responsible for giving light to some of the brightest stars the athletics galaxy has ever seen.

The least we can do to recognise this man's contribution to this nation is to have the governor general lobby for him to be on the Queen's birthday or New Year's honour list. I would be proud to refer to this gentleman in the future as Sir Stephen Francis.

• George Davis is a journalist working with Nationwide News Network. Email feedback to columns@gleanerjm.com and george.s.davis@hotmail.com.