On verge of pulling plug on Flow 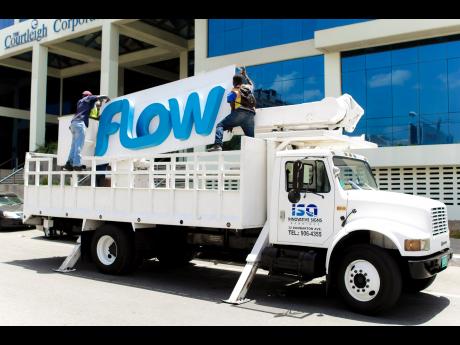 File
Workmen remove the Flow sign and load it on to a truck in preparation for the full launch of the new brand.

I have been seething with anger for some time at how Flow was providing me with unauthorised cable channels and charging me for them, while pretending as if the service was legitimate.

What's that? The company never acted as if all the channels it provided were legitimate? Well, point me to a bulletin issued by the company, whether to me as a private customer or to the general public via press release, stating that its channel line-up included unauthorised channels.

When the Broadcasting Commission announced in April this year that it had issued directives to local cable TV operators to remove 19 channels from their line-ups, I dismissed offhand the idea that Flow was one of those given that order. For how could a company, resident on a pedestal in the showroom of my own mind, be engaged in profiting from channels it had no licensing authority to broadcast?

Well, now I know how so many mothers feel after swearing and cursing those who accuse their sons of theft and worse, only to be confronted by the hard evidence of the crime. For after it was confirmed that Flow was indeed among those given the instructions by the commission, I felt despair. But that was only momentary.

For we are talking about Flow here. A company who gave me excellent service as a cable TV provider, before convincing me to abandon my old landline telephone number and adopt a new one, when I signed up for their triple pay service. I swear I am one of the earliest subscribers to the triple play service in Kingston 6 and have had a good experience in the main.

In its old guise, before the marriage with LIME, Flow was at the top of my list in terms of quality and reliability of service, along with technical support. The only issue was the interminably long time it would take to get a customer service representative on the phone. But even while it took long to get through to them, they would invariably address the problem swiftly.

So my despair was tempered by the assumption that having committed a wrong by charging me for years for channels they were not authorised to include in their line-ups, Flow would make amends like the classy company they advertise themselves to be. How wrong I was.

So in doing so, Flow, which always had a beautiful face, has now grown a hideous second face and now appears to be a rapacious capitalist, bold enough to take the form of a new breed of super tick, latching on to the scrawny, emaciated frame of the Jamaican consumer and sucking away its lifeblood.

The managing director of the new Flow, Gary Sinclair, gave an interview in late April where he said that the company was effectively subsidising the cost at which it provided cable TV service to customers. But whose fault is that?

Why has the company not chosen to charge what it costs to show the channels and then price the packages accordingly for the customer? Or is it that Gary is only taking the posture to say that while customers like me contend that we were being charged for channels that Flow was sourcing for free, in real terms, the company was doing us a favour by charging less than it cost for the service? Madness!

My question to Flow is this: How do you expect sensible people to be content with paying you the same amount for a drastic reduction in service? You have taken those channels away, given me nothing in return, and expect me to not curse fabric?

To how my feelings are, I am close to returning Flow's cable boxes. I expect and demand much better from the company. Gary, please tidy up this matter.