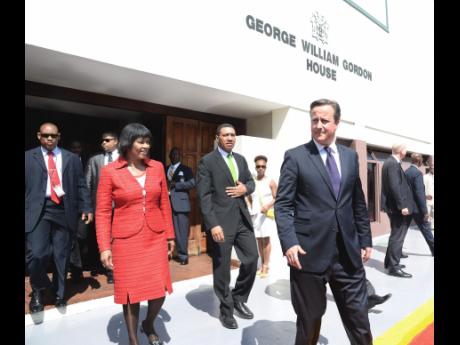 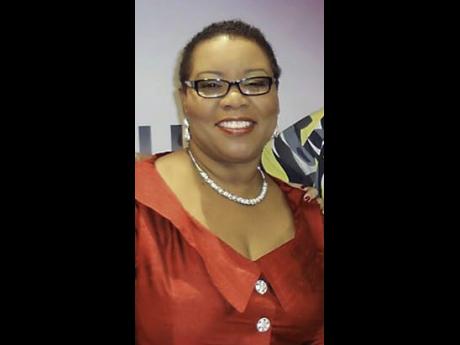 I welcome the promise of a new multimillion-pound prison as announced by the British prime minister here on Tuesday. It might sound better to shout for schools instead of a prison, but I want more prison facilities here.

So I am begging Uncle Sam to construct one for women and I want one from the Canadians for our incarcerated juveniles and one from the EU for homosexuals who don't stand a snowball's chance in hell when placed in the regular facilities. It should have wings for both gay men and women.

However, these jailhouses must have fully equipped health centres, well-stocked libraries (not e-books; criminals must do things the hard way); classrooms, gyms, kitchens, auditoriums, solitary confinement wing, hell, throw in a dungeon or three. Psychologists and psychiatrists should also be on call to assist them to improve/maintain their mental health.

The female prison should ideally have day-care facilities for mothers who give birth while there, a fully equipped laundry, as well as adequate space outdoors for daily exercise. There should also be workshops/labs where inmates can learn skills, including woodwork, auto mechanics, welding and computer science, under supervision.

I have had the 'privilege' of visiting Jamaican lock-ups and observed that all the gay men were put together in one tiny section for their safety. At the same time, others being held for short periods were sleeping on bits of cardboard in full view of their jailers only two or three feet away.

Although I felt somewhat moved by the spectacle, I still believe that when you commit a wrong against society, you automatically forfeit your rights to creature comforts law-abiding citizens enjoy. Also, I don't think my hard-earned taxes should be wasted on keeping convicted murderers for life in jails.

In a world run by me, convicted murderers would face a firing squad or be juiced up with lethal injections an hour after the verdict. So, since they have to be imprisoned, conditions ought to be fairly decent lest they return to society more hardened by the circumstances that I have observed in our penal institutions.

Consider California's San Quentin State Prison conditions. I use them because I was taught to aim for the best in everything. It is reputed to be the best-known correctional institution, having been established "as an answer to the rampant lawlessness in California at the time. During its construction, inmates slept on the prison ship, The Waban, at night and laboured to build the new prison during the day.

My dream is that in Jamaica's new prisons and under new management, inmates would be mandated to work under armed supervision (including attack dogs) to clean drains, clear brush from roadsides, landscape public parks, clean beaches and farm all the arable land from dawn till dusk, to feed themselves and all other prison populations here. Naturally, guards would be authorised to shoot on spot anyone who dares attempt escape.

This work would be supported by mandatory daily, three-hour school attendance, weekly church service and supervised games on Saturdays for their educational, spiritually and physical well-being. Keep them so damn tired they fall asleep on their feet (put those who do in the dungeon for a few days).

They should not be allowed to watch television except for the news; be forced to listen to only classical and gospel music; have no access to phones or other gadgets; and be allowed to have a visit from family once a month (except for juveniles, where it can be weekly). Inmates must also do all the cooking, cleaning, laundry, sewing, etc., for themselves!

Like San Quentin, visitors who flout visitation rules must lose those privileges. Their rules state that visitation "must be conducted in a manner in keeping with the need to maintain order, the safety of persons, the security of the facility and the requirements of institutional activities and operations. Failure to comply with the established regulations and policies may result in a warning or termination, suspension, or revocation of visiting privileges".

If we achieve these ideals, perhaps, like at San Quentin, Jamaican offenders would be able to "leave prison with better job or career skills, education, life skills and confidence, so they can succeed in their futures despite past obstacles."

So, might I be bold enough to request for Jamaica, from those who don't support reparations, a promise to teach us to properly run the new facility?