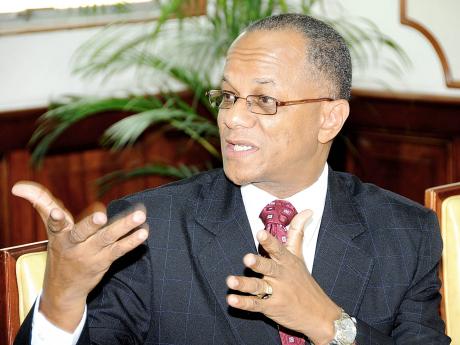 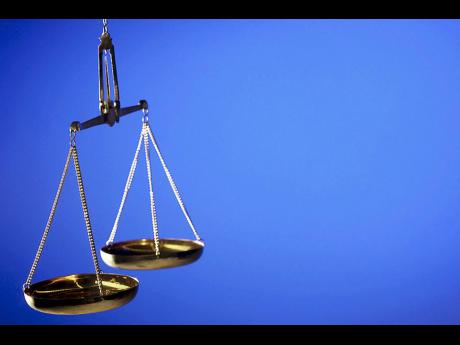 As I think you are all aware, there are three bills before Jamaica's Parliament which seek to bring Jamaica under the appellate jurisdiction of the Caribbean Court of Justice (CCJ).

The Government, therefore, requires at least one member of the Opposition to vote with the Government, in order to achieve a two-thirds majority in the Senate in favour of the bill.

I am acutely aware that there is a focus on how I will vote at the end of that debate.

I have been inundated with communication via Twitter, Messenger, WhatsApp, Facebook and emails, I have received many telephone calls, been engaged by several persons in conversation and seen letters and articles in the newspapers and on various blogs, suggesting to me how I should vote when the CCJ bills are debated in the Senate.

But I will use as my point of departure, an article titled 'CCJ scrimmage: golden opportunity for a messiah', which appeared in The Sunday Gleaner of May 17, 2015 written by Shena Stubbs, a colleague attorney-at-law and someone whom I have known for some two decades and with whom I have enjoyed a relationship of mutual respect and admiration.

"The Senate is a very important part of the machinery of government in this country. The Constitution makes it so. Good governance requires mature deliberation on legislative measures. Each senator is expected to give conscientious thought to every topic that comes before the Senate for discussion and vote. Every member of the Senate takes an oath to be faithful and bear true allegiance to Jamaica, to uphold and defend the Constitution and the laws of Jamaica, and to conscientiously and impartially discharge his or her responsibilities to the people of Jamaica. The responsibilities are "to the people of Jamaica", not to an individual, not to a club, group or section of Jamaica. In view of that oath, it would be against the spirit of the Constitution if one were to bind one's conscience otherwise."

I agree entirely with that view and I have nothing to add or subtract.

So, I will give "mature deliberation on these legislative measures", which are designed to remove the Judicial Committee of the Privy Council as our final court and replace it with the Caribbean Court of Justice. I will give "conscientious thought to this topic, which will come before the Senate for discussion and vote" as I am reminded to do by the judgment.

Let me now deal with some issues which were referred to by my colleague in her article. The article goes on to say:

"Arthur, I do not think, given your recent shenanigans with court processes against your party leader, that you have much of a future in the hierarchy of the JLP"; and goes on to ask: "Will you break ranks, Arthur?"

It concludes: "This could well be your moment, Arthur, why not seize it?"

Let me say that I beg to differ from my learned colleague. I do not agree nor would I even consider that how I vote should be based on what my future in the JLP may be.

Certainly, my voting in a particular way because I may have no future in the JLP is not the "mature deliberation" which the court reminds us is the basis for deciding how to vote.

And certainly, such a consideration is not "conscientious thought" on a matter before the Senate.

That would be putting my personal interests before the interests of the people of Jamaica. My future in the JLP is of no relevance to this important decision for our country as to what should be our final court.

Let me hope that I have clearly answered my friend, Shena Stubbs, Gleaner columnist Gary Spaulding, and all the other persons who have raised this as being a basis on which I should decide how to vote.

Then, there is the question: Will you break ranks, Arthur?

For me, it is a matter of regret that we have proceeded as a country, in the manner that we have, on an issue of such fundamental importance to the people of Jamaica, as the final court of the three-tiered structure of our judicial system.

In the first place, the Government in its party manifesto for the general election of December 29, 2011 "pledged to the people" that the party, on forming Government, "will also complete the long journey of de-linking from the Judicial Committee of the Privy Council and fully embracing the jurisdiction of the Caribbean Court of Justice".

That is the Government's policy position and its earnest desire. But the Government, knowing that it could not do what it pledged to do on its own, I would have expected that the Government would have earnestly engaged the parliamentary Opposition to seek the consensus required to achieve that objective. The only engagement of which I am aware, even though the CCJ bills were tabled on July 25, 2012 - more than three years ago - is the attempt made on the day before the vote in the House of Representatives on May 12, 2015. That attempt was too little and too late and so came to nothing. So we will come to the debate in the Senate without any genuine engagement between the Government and the Opposition.

But second and more important, I believe that we have put the cart before the horse. More than a decade ago, the Government and the Opposition agreed in the Constitutional Commission that Jamaica must move to bring Jamaica's monarchical status to an end. Indeed, in her inaugural address in January 2012, the prime minister stated that her Government would initiate steps to convert Jamaica from a monarchical form of government to a republican form. That is, that we must cease to have the Queen of England as our head of state and have our own president as head of state, with Jamaica as a republic.

Fifty-three years have now gone since Independence and we have taken no steps to end our monarchical status.

If we rid ourselves of the monarchy, it most certainly can be argued that it is incongruous to retain the Privy Council as our final court, and it is then that we may be asked to make our own judicial arrangements.

So, it is my view that our focus as a nation should be on moving to implement that agreement made long ago to end our monarchical status and make Jamaica a republic.

And in ending our monarchical status, in the same referendum that is required to end the monarchy, we could have the people decide on what they would wish their judicial system to be - whether to only have a two-tiered system with our present Court of Appeal as the final court, or whether to go the CCJ, or whether to go to a Jamaican third-tier final court.

- Arthur Williams is an attorney-at-law and opposition senator. Email feedback to columns@gleanerjm.com.