Patois not enemy of English 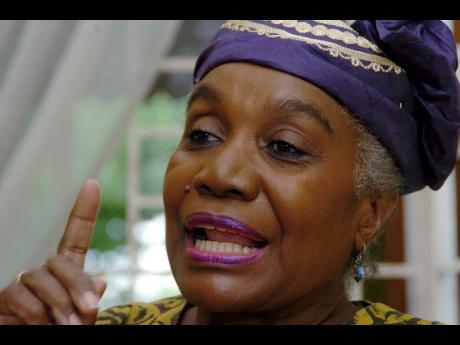 When linguists speak of 'mother tongue' and 'first language', they are not using 'mother' and 'first' in a qualitative sense to imply high social status or the sound appeal of a language to a person's ear. Instead, these phrases refer to the chronological sequence in which languages are learned by an individual.

The 'mother tongue' is the first language a child learns to imitate as he/she begins to speak. If the child learns other languages in childhood or later in life, these become the 'second' or 'third' language, etc.

One of the main problems faced in the Caribbean with regard to learning English is that the 'first' language gets most of its vocabulary from English. It has, therefore, become difficult for Caribbean people to distinguish between what is English expression, for example, and what expression is in the 'first' language, that is, Patois (Patwa), also called 'dialect', or 'Creole', or 'Jamaican'.

There are important differences between English and Creole. One difference is in the choice of vocabulary item. British and American English may use 'faucet', Creole uses 'pipe'; international English distinguishes between 'arm' and 'hand', whereas Creole uses 'hand' to refer to the area between shoulder and fingertip.

Another major difference is in phonology, that is, pronunciation. Pronunciation varies according to geography or social class or because of influences from other languages with which speakers have come into contact. So Australians pronounce English words differently from Americans and even from Britons; and Scots pronounce English words differently from people from the south of England.

But one of the most significant differences between English and Creole lies in their grammar. Each language has a grammar: its speakers would not understand each other if words were juggled together in a haphazard manner. Creole, therefore, is a language because it has a grammar.

No one in the world needs to know or learn the grammar of their mother tongue in order to speak it. Learning a language involves unconscious imitation. But at a higher level of cognition/awareness, a speaker's facility with a language and an ability to manipulate it creatively, involves an understanding or even a dim perception of certain rules which govern the organisation of that language.

If a speaker is able to distinguish between a noun and a verb in his/her language, the speaker becomes more skilful in the use of that language.

'It red'; 'A red it red'; 'Is shoot you a go shoot me?'(from the current commission of enquiry); 'Di bwoy dem'; 'Plenty mango de a groun' are Creole formulations.

Both teachers and students have to understand the grammatical bases of these constructions in order to appreciate that Creole is different from English, and further, in order to know what are the (near)-equivalent English structures and phrases for these Creole expressions.

The placing of Creole side by side with English as a teaching methodology (i) helps to improve the social status of Creole, treating it in the same approach one takes in English-Spanish learning, for instance; (ii) encourages an intellectual dissection of Creole grammar and idiomatic phrasing (its metaphors and similes); (iii) introduces flexibility of expression in English language use, for example, the usefulness of introductory or emphatic expressions, such as 'really', 'indeed', 'in my opinion'; (iv) draws attention to the use of word- and syllable-stress in English; and (v) extends vocabulary range, for example, 'lots of', 'numerous', 'countless', 'abundant'/'in abundance' to replace 'plenty' in Creole.

In her Facebook comment of Thursday, September 24, 2015, journalist Erica Virtue extols the Spanish-speaking Pope's ability to address the US Congress in English. Indeed, his visit highlighted the multilingual richness some of us have been privileged to enjoy and deploy.

Apart from the Pope's ability to cross language barriers, the Masses and other interactions during the visit moved from the use of Latin and Greek to Spanish and Italian to English to Chinese and Haitian Creole among several world languages. This mirrors both our local language environment where at least two languages constantly interact, and it also manifests the global demand for multilingualism as a facility which we would wish for all our Caribbean populations to master.

- Maureen Warner-Lewis is professor emerita at the UWI. Email feedback to columns@gleanerjm.com.