JLP its own worst enemy 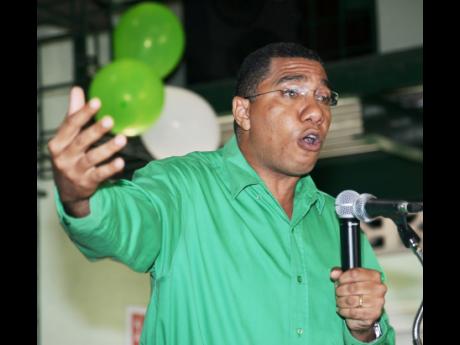 Norman Grindley
Andrew Holness, opposition leader, will have to work hard to sell the JLP as the repository of the best ideas to lead the nation.

Since Independence, the PNP has formed the government of Jamaica more often than the JLP, but the latter has managed the economy more successfully. Now, with an election in the offing, the PNP could be returned to power and the JLP once again be denied the opportunity to help Jamaica.

The question is, why do the Jamaican people continue to put and keep a party in power that is unable to manage the affairs of the country. Are they like some jaded women who keep going back to their abusers even while rejecting the attentions of well-meaning men? Maybe, but this is speculation.

Some people, including scholars, insist that the PNP is established around ideas while the JLP is established around personalities, especially Bustamante and later Seaga. Bustamante, who virtually ran the JLP single-handedly, and Seaga, who dictated his will and blustered when he couldn't get his way, have forever rendered the JLP a mediocre party, incapable of keeping power, the contention goes. This the PNP reminds the electorate of causing them to reject the JLP.

I heard the late Wilmot Perkins say that the PNP had convinced Jamaicans that Seaga couldn't win elections; as if Seaga, by his behaviour, gave no one reason to believe that about him.

I disagree. Norman Manley and his son were at times dictatorial, yet that didn't prevent them winning elections.

Enabling the PNP to do so after Independence was the best communicator this nation has ever seen, Michael Manley, by the way he put forward his understanding of democratic socialism and what it would do for the people. It wasn't just an economic and social programme: it was 'power for the people'.

This told the people that they were being freed to control their lives. They would have power. This was liberating in a country coming from the paradigm of the plantation. Manley, with his mesmeric qualities, went all over this land convincing the gullible and the unwary that the PNP wasn't just another party. It was the only party that could save the country.

Socialism was seen by the people as their only hope, which hasn't materialised. To this day, Manley remains, by far, the most popular prime minister Jamaica has had, even among people who weren't born when he was in power, despite the suffering his government brought.

Contrast that with the approach of the JLP, which is to blame the PNP for the ills of the nation, and criticise specific failures without convincing the country that it has a system of governance and an economic plan different from that of the PNP and better. How many people on the streets can tell you how the JLP is different from the PNP, except in name, and what its plan is?

One member prominent in pointing out the failures of the specifics of the PNP has been Audrey Shaw. So vociferous has he been that many people have tended to dismiss him as having a penchant for scandal rather than a plan to manage the affairs of the nation.

But when he was a minister of finance, he acquitted himself well, proving he was more than talk. But neither he nor his leader has gone across the country to show clearly how the JLP's economic plan is different from that of the PNP.

So is Andrew Holness, the leader of the Opposition, whose youthful impatience for prime minstership got him removed from the office after only a few weeks. Since becoming opposition leader, you would think that he would have done more than criticise the policies of the PNP. He would have sat down with the party and fashioned an ideology and economic plan, differentiate it from the PNP's, and go to every nook and cranny of Jamaica and tell the people how their vision is different, how it will be achieved, and the time frame under which it will be implemented. He has done no such thing because he is banking on the people rejecting the PNP.

But I have the feeling that the JLP is waiting for the elections cocksure that a party that has failed will not be re-elected by the people. But it has done so in the past and lost elections. It should take sleep and mark death.

- Ewin James is a freelance journalist living in Florida. Email feedback to columns@gleanerjm.com and eroyjames@aol.com.