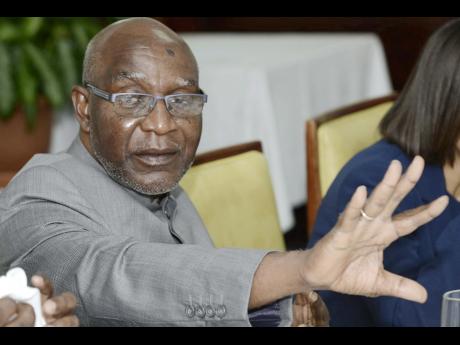 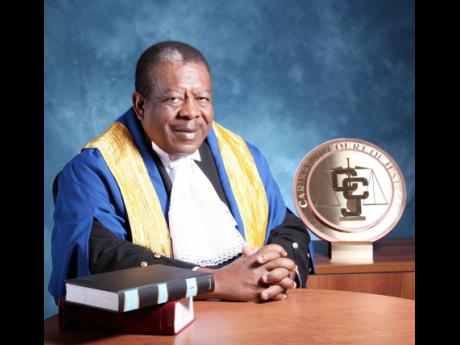 Contributed
Justice Dennis Byron, president of the Caribbean Court of Justice. Guest columnist Byron Blake argues that the CCJ is more insulated from political and financial manipulation than most appeal courts in the world.
1
2

The superficial nature of the debate on the Caribbean Court of Justice (CCJ), especially in the Senate - the Page 1 editorial in the Observer of Friday, October 23, 2015, 'CCJ: How dare you appropriate the people's rights unto themselves', and Ronald Mason's column in The Sunday Gleaner, October 25, 2015 - has forced me to reconsider.

Mason proceeded to make some outlandish claims. Two examples should suffice. One: "The Organisation of Eastern Caribbean States ... has its own court. Why is it impractical or impossible for us?" The implication of this statement is that the OECS has its own final appellate court.

This is untrue. The OECS, in collaboration, has a single appeal court, equivalent to Jamaica's Court of Appeal or Supreme Court. The individual members still have the Privy Council as final court, with Dominica at an advanced stage of decision to move to the CCJ.

Two: "When the time comes for some country that currently subscribes to the CCJ to give the requisite three years' notice of an interest to withdraw, how permanent will the CCJ then be?" The CCJ is established by treaty. Its permanence is not dependent on the membership at any point in time. A member will not only have to withdraw from the CCJ, it will have to withdraw from the Revised Treaty of Chaguaramas, and even then it continues to finance the court for the use of the others since it will not be refunded its initial investment in the court.

I will instead highlight some salient points for consideration by Jamaica and in particular the Senate.

1. Did anybody in Jamaica vote for the Privy Council to be Jamaica's final court?

2. Was it an accident or omission that the Privy Council was not entrenched in the Independence Constitution of Jamaica? It is more plausible to think that the Constitutional Committee which comprised both sides of the House did not intend it to be our permanent final court. They, therefore, did not construct any major hurdle to it being replaced when the time comes.

3. Do we recognise that the sovereign government of Jamaica cannot, today, guarantee any citizen access to the Privy Council, the country's final court? It can neither guarantee that the Privy Council will sit in Jamaica nor that a citizen who wishes to avail himself/herself of the service of the court will obtain a visa for same or that any local counsel will. It cannot even guarantee that the attorney general or any particular member of that office will be able to prosecute the case.

4. The Government of Jamaica has already invested all that it needs to in the CCJ as its final court. That investment is not recoverable in cash.

5. The CCJ is significantly insulated from capricious action by any government using the power of the purse. The Trust Fund, managed by an independent board, chaired by a member of the private sector, is charged to ensure that there are resources to finance the operation of the court. It is perhaps the only court in the world with that level of financial independence.

6. The judges of the court are insulated against capricious action by a state or states. They are appointed by an independent Judicial Services Commission and, once appointed, they have tenure to retirement. The president of the court is the only member whose appointment to that position is sanctioned by the heads of government. The governments can object to a recommendation by the commission, but they cannot recommend another person for the office. That is in the sole responsibility of the commission.

7. The independence of the financing and the insulation of the judges were matters rigorously advocated by the Jamaican Bar Association.

8. The CCJ is required to have judges from civil and common-law jurisdictions.

It cannot, therefore, be stacked with judges from any one country. At the same, the commission has the authority to recruit judges from across the Commonwealth and beyond to get the best available.

10. The objections to the CCJ as Jamaica's final court include the limited experience of the court, the cost to Jamaica's taxpayers, the possibility of political influence and bias. Each of these points would hold with much greater weight to a purely Jamaican final court. To hold those objections is to sentence Jamaicans permanently to the Privy Council and to prayer that succeeding governments of the United Kingdom continue to be benevolent.

11. The number of appeals from Jamaica and the Caribbean to the Privy Council has been falling steadily. Given the increase in population, business activities and serious crimes, it might be important to try to determine the reasons.