I expected better of Mark Golding 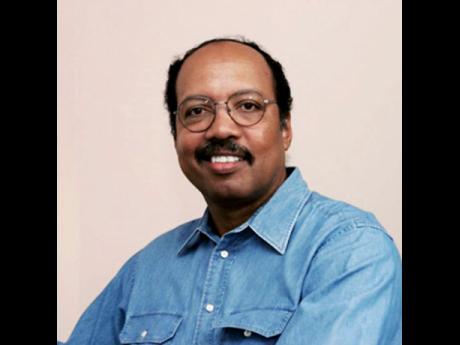 It is particularly rare that I find myself nodding in agreement with anything Shirley Richards writes. But there it was, common concern that in Justice Minister Mark Golding's article, 'Why we should embrace the CCJ', that neither "archaic" nor "Victorian" is a valid basis for repealing any law, including the buggery law.

Where we disagree is on the tiring and uninformed opinion that being gay is a lifestyle choice. Surely, Ms Richards knows modern psychiatry disagrees. We also disagree on the nonsense that "... legitimised same-sex relations have seen the suppression of fundamental freedoms in favour of LGBT 'rights'". There is no such suppression anywhere in the world, unless she considers discrimination against people for a choice they did not make, their sexual orientation, to be a fundamental freedom. Such views of 'fundamental freedoms' led to apartheid, the American Jim Crow South, or even Nazism.

That said, there are substantive reasons to challenge Mr Golding's views. He prefers the CCJ to the Privy Council because he thinks the former would be more likely to uphold the savings provision in the Charter of Fundamental Rights, which grandfathers gay discrimination. What he may not realise is this reasoning could be misconstrued as 'venue shopping', a shameful prerogative, typically reserved to the rich and powerful, to maximise their chances of prevailing over the poor and the powerless.

Even in homophobic Jamaica, venue shopping to preserve the buggery law seems over the top, especially when this law may contravene the ideals of liberty memorialised in the charter. But, then again, we do have a long tradition of legislative and executive cynicism, which dates at least to the apprenticeship clause in the Emancipation Act of 1833. Imagine the evil behind Emancipation prolonging slavery under the guise of apprenticeship!

We are the losers

Obviously, our Government and some misguided church leaders and 'intellectuals' feel this particular subterfuge to be beneficial. And for them, it is true. It will enable some politicians to maintain their power and some pastors to become more powerful by attracting more members. But, this is at the expense of the rest of us. When we use the buggery law to unjustifiably marginalise large groups of people, we lose in two important ways. We forgo the economic contribution these individuals could have provided, while assuming the economic burden of supporting them.

Incredibly, Mr Golding actually had a good argument for removing the Privy Council, which he mentioned, but then failed to develop. He cited Pratt v Morgan (1987), where the Privy Council, as he puts it, "... effectively emasculated the law in Jamaica that imposes the death penalty on persons convicted of murder". This is a prime example of the threat to our legislative sovereignty when our highest appellate court is outsourced to foreigners.

Looking at other jurisdictions, we see that states in the American federal system maintain individual courts of highest appeal. These courts are the final arbiters of state matters. At the same time, the United States Supreme Court, the highest appellate court in that country, remains the final arbiter of federal matters, including the US Constitution.

A similar structure applies to the European Court of Justice, the highest court in the European Union. Its jurisdiction is limited to European law, leaving national courts in each member country to adjudicate national cases.

If the American or European models were to apply, the CCJ's jurisdiction would be limited to cases involving the treaty, as in Shanique Myrie. It would not invade our national law, unless there was a treaty issue.

This would mean the Privy Council would be replaced with a Jamaican final court, not the CCJ. However, Mr Golding disagrees: "Jamaica is not in a position at this time to establish a local final court that would pass the acid tests of financial independence and structural protection from political interference ... ".

Admittedly, this is a strange statement coming from a high Cabinet official. After more than 50 years of so-called independence, we still cannot be trusted to govern ourselves. If not now, when? Perhaps it is true that we are mentally condemned to be a perpetual colony, subservient to a parental figure, even if that figure is a fellow Caribbean island, struggling, like us, to survive.

• Patrick White, PhD, is a member of the Advisory Council at the University of Pittsburgh, School of Information Sciences, and consultant on communications strategy for the CEO of Goodman Networks in Plano, Texas. Email feedback to columns@gleanerjm.com and pew_com@me.com.