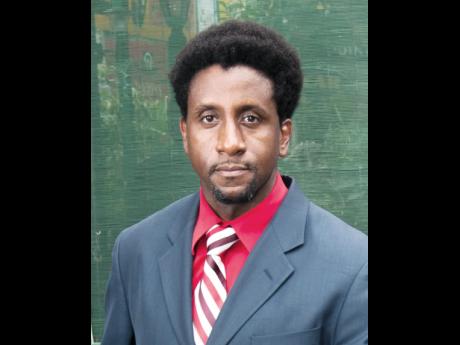 You don't have to either vote or shut up

Many are waiting on the sound of the trumpet and the ring of the deliverance bell. The party faithful are busy purchasing all the orange and green cloth they can find. Fancy decals with candidates' faces are being overlaid on SUVs, pickup trucks and Coaster buses. While sadly, the ram goats are beginning to face the inevitability that the curry pot awaits. The smell of a general election is in the air.

Many persons have been caught up in the excitement, the punditry, the analyses and the prognostications on the (yet-to-be-announced) election date, while others are ambivalent. However, a significant portion of the (potential) electorate have no plans to vote and are (metaphorically) standing aside with their hands folded, frowns on their brows, saying, "Mi not voting fi none ah dem!"

The deadline for enumeration has long passed, and it appears that persons who may have read my October 21, Jamaica Observer, article ('Three reasons why Jamaicans should vote') apparently remain unconvinced by my arguments. It is notable that a recent opinion editorial in this newspaper had suggested that anyone not planning to vote should shut up.

However, I choose not to rough up my fellow Jamaicans (even if I agree with much of the sentiments in that article). Their reasons for not exercising their franchise are valid and should be respected, no matter others' disappointment with their decision. Dem don't haffi shut up and goh hol' dem corners.

As has been expressed by several commentators and supported by the recent Don Anderson poll, the main reason provided for the current voter apathy is the electorate's perceived lack of palatable choices between the two political parties. This is the age-old conundrum of 'swapping black dawg fi monkey'.

However, just because a Jamaican chooses not to vote, there is no reason why they cannot participate in the political process. Instead, of telling them to keep quiet, I would like to suggest some alternative activities for my Jamaican non-voting countrymen (and women).

In the days or weeks leading up to the election, non-voting Jamaicans can participate in the process by serving as political watchdogs. They can join their enumerated counterparts and use all the tools available that will keep the political actors out on the campaign trail as honest as they possibly can.

Specifically, they can use legislation like the Access to Information Act where necessary to ensure public funds are not being used for electioneering. For example, keeping a watchful eye on the use of government vehicles for campaign work. Unenumerated and non-voting Jamaicans can also 'mek noise' by using the various sources of media (traditional and social) to elevate the political discourse, so that important national issues are discussed. In other words, conversations such as the prime minister being touched by her Master or the opposition leader's weird food cravings for dessert Clarks (shoes) need not be part of the national debate.

Jamaicans who are not planning to vote can instead direct their energies into shining a light on the election process, thus doing their part to ensure elections are free and fair, and free from fear.

When the election is over and the votes are counted, a new government will be formed, be it the incumbent party or the opposition. The work does not end here.

Non-voting Jamaicans, along with their fellow countrymen, can choose to become active members of civil society. For example, tech-savvy non-voters can join hands with others and use all the legally available tools for forcing accountability on the Government.

For example, non-voting members of the #ArticulateMinority could work together and create open or crowdsourced online platforms where information such as the names of persons appointed to various government and public-sector boards are published.

Databases such as this would enable Jamaican taxpayers to easily check on the make-up of public boards, members' qualifications, affiliations and potential conflicts of interest. Non-voters can assist with dragging our public officials and their surrogates out of the dark and into the light of transparency and accountability. There are other areas of civil and non-governmental society that could benefit from more participants.

Finally, and most important, if these non-voters are so disgusted with the way the two major political parties have governed our country over the 50-odd years, they can join others of like mind and take the time to form alternative political options before the 2020 or 2021 elections are due.

Third parties and independent candidates need not be an unattainable dream for Jamaica. Don't let the Establishment fool you! Those voices that you hear shouting, "Third parties will never work!" have much to gain from maintaining the status quo. That argument is a cop-out. You, the uncommitted, you the non-voter, you have the power to colt the game and shake things up.

If you cannot stomach the idea of changing the status quo from within the JLP or PNP, or if you lack the patience of playing the waiting game (a certain young competent junior minister and MP comes to mind), you should think about other alternatives. Maybe by the next time elections are again constitutionally due, there will be a coalition of the willing.

So, my fellow Jamaicans, you do not have to cast your vote this election and you don't have to shut up. I, however, urge all of you, non-voters and those enumerated but not planning to vote, mi ah beg yuh please stay engaged! Jamaica still needs you.

- Dr Peter E.T. Edwards is a marine scientist, environmental economist and policy analyst. He is duly a registered and enumerated citizen of Jamaica. Email feedback to columns@gleanerjm..com or tweet @peterericthor.