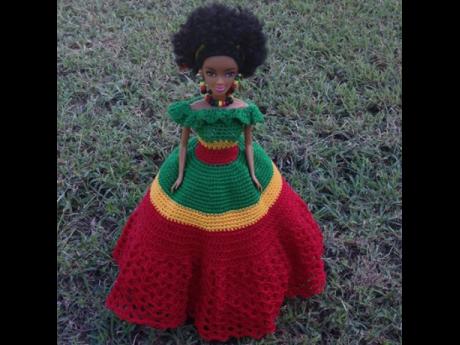 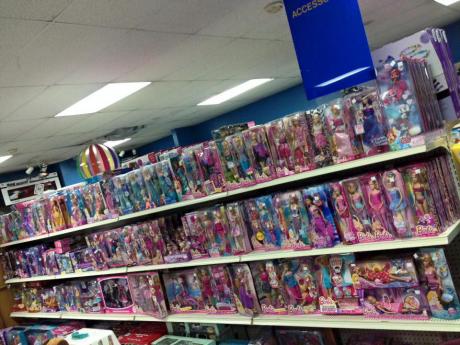 Contributed
No black dolls on the shelves of a local store.
1
2

The week before Christmas, I stopped by a popular pharmacy in upper St Andrew. My friend, media personality Terri-Karelle Reid, was with me at the time, and I saw her diligently searching for something on the shelf displaying dolls. I asked her what she was doing, and the reply was: “I am looking for black dolls”. I joined her and we both searched, but our quest left us empty-handed. Two days later I visited a popular toy store on an adjoining property. The shelves were fully stocked in anticipation of Christmas shopping. This shop had three shelves full of dolls. Each shelf was at least 10 feet long and contained up to three rows of the toy. There were over one hundred dolls in the store. As with the previous shop, I searched for black dolls, but my efforts were futile. There was not a single black doll on the shelves. Not one.

Some persons could not care less about my expeditions and findings, and wonder what the fuss is all about. But it is a big deal. Children are influenced by their socialization and the images that they see around them. The majority of our population is black, we have a history of slavery and colonialisation in our country, and we have been fed images of white people in positions of superiority and authority for centuries. Christianity is the most popular religion in the island, and most of the illustrations that we come across of Jesus Christ depict him a white man. We are taught from in childhood that Jesus is the son of God, or God himself, so the images suggest that God is white. In addition, the disciples, great biblical figures and angels are usually depicted as Caucasians. This alone can have an effect on the subconscious of black Jamaicans, especially if they visit a church weekly and look up at paintings, carvings and sculptures of white figures and think of them while they pray.

When it comes to our girls, they are under even more pressure. The ideal of beauty, for a woman, appears to be light complexion with long hair. If you doubt this, I would like to invite you to participate in a little research. Go to the internet search engine ‘Google’, click on ‘images’ and enter and view the results for the following: ‘Miss World winners’, ‘Miss Universe winners’, ‘beauty queens’, ‘female sex symbols’ and ‘most beautiful woman in the world’. The images that you will first encounter with any of those searches are of slim, white or light skinned women with straight noses and long straight hair. The world is continually telling black girls that they are less beautiful that their light-skinned counterparts.

So when they visit toy stores and are again bombarded with a plethora of white dolls, attractively packaged, the concept of white beauty and black inferiority is reinforced. The imagery and the perceptions do have an effect on the psyche of black girls. Even when black dolls are manufactured, their hair is often long and straight, an unnatural state for black people, and many girls of colour find themselves literally being uncomfortable in their own skins, and rejecting their natural hair. So the skin lightening and false hair industries make a killing here in Jamaica. Yes, white women wear wigs, weaves and extensions too, and not all black women who wear false hair reject their own. Some wear it for a different look or to give their hair a break, and some styles, like braids, are Afrocentric. But there are many black Jamaican women who feel like a fish out of water without false hair sitting atop their heads, and if they have to attend a special event and ‘dress up’, they put in the hair for a more Eurocentric look.

Before I became a father, I made a promise to myself that if I ever had a daughter, the first doll that I give her would be a black doll. My first child was indeed a girl, and I kept my promise, as her first doll from me was not just a replica of a black woman, but a paediatrician, a professional black woman. I also recall that when I wanted to decorate her room, someone suggested doing so with a Barbie theme, as girls love Barbie. However, when I visited the store it struck me that all the images were of a white woman with blond hair and blue eyes. If this image were to greet my daughter as she opened her eyes on awakening in the mornings, it would likely send a message to her that this is the epitome of beauty. I decided on a Winnie the Pooh theme instead.

I am pleased that this issue has recently become a topic for discussion in the media. Dionne Jackson Miller recently brought it up on RJR, it was featured on CVM Television’s ‘Live at Seven’ programme with Simon Crosskill and Carolyn Cooper wrote about it in The Gleaner. Persons such as Beverley Robotham of Island Dolls are to be commended for manufacturing dolls that resemble the majority of our population, as well as stores such as My Jamaica in Liguanea Plaza and Craft Cottage in Village Plaza, and Sun Island outlets, for selling them. No disrespect to white dolls. I bought some for my daughter too, but we need more black dolls for our girls to play with, identify with and take care of.