Referenda a crutch for weak leadership 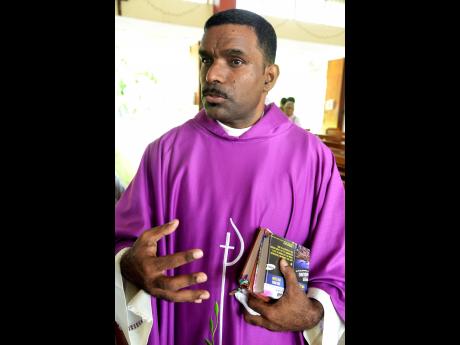 The conciliatory tone of both political parties is, indeed, a welcome change in our political history. I wonder if the close polling results might actually be presenting us with an unexpected opportunity for humility, consensus, and mutual respect.

Might this, for example, give us a chance to rethink whether referenda are necessary when the more likely outcome is a politicising of such important matters as that of the Caribbean Court of Justice (CCJ)? What do we really expect to happen if the matter of the CCJ is put to the vote? People will vote in accordance with the assumed preference of their party, essentially politicising such an important matter as human rights and justice for a Caribbean nation which has had an evolving history of self determination and governance.

It does sound good to say that we are putting it to the people. Unfortunately, too many would be voting without any reasonable understanding of the facts!

The time-wasting subject of the ubiquitous buggery matter might also be reconsidered. Does this really need a referendum? Should we put it to the people so they may decide on keeping certain statutes that are currently not being policed? Really? What is the prevailing evidence in terms of statistics regarding arrest and successful prosecution?

One of the easiest things for politicians and pastors to do is appeal to the gallery. Leadership, on the other hand, demands patient exploration of the necessity, practicality, and relevance of all matters justiciary.

We need instead a referendum on whether we should have term limits on the office of prime minister. Does Jamaica really need a prime minister who is in office for more than 10 years?

The Government and the Opposition would do well uniting around such matters as crime and violence in schools (inclusive of after-school violence among students); effective water management; and human trafficking, to name a few. If there are differences in the society regarding any of these, would it require referenda or leadership?

Frankly speaking, opposition to the CCJ, and continued clutching to the Privy Council, has gone passed its use-by date. This is our Jamaica. On behalf of our people, let us take pause and stay on the side of history. Let us not waste resources!

How do you suppose our national heroes would have voted?

Maybe it is silly of me to write since I am of no value to any party that has just got into power. However on the grounds of my being a Jamaican with the right to freedom of speech and also to vote, I thought I would still write.

May we not use referenda to play with so weighty a matter as justice.

It is politicians, and not civil society, that have the first charge for the protection of human rights for all. To be certain, there is no doubt that we have concerns and challenges in our immediate judicial milieu. However, this should not prevent our making the inevitable step towards an unequivocal affirmation of the CCJ. Let us unite on this for Jamaica.