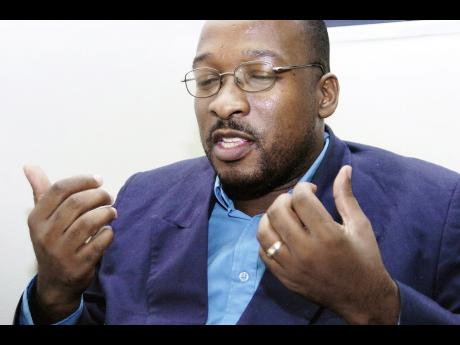 Economic Development is the number one priority for every nation at this time; but many countries are now struggling with the current system of economic development. For example, the textbook syndrome is no longer feasible at this time. We must now focus on biblical economics and kingdom principles in order to have a balanced economy. It is imperative for every government that wants to be successful to focus on four main areas.

If we are going to have an economic revolution, particularly in the Third-World countries, then transformational leaders have to create a vision to develop and market the natural resources that already exist (Revelation 22; Ezekiel 42; Genesis 1). If they don't move quickly, Firs-World countries are going to take away all the resources we already have.

What nations need to do is to merge agricultural ministry with health, and merge water with energy. Once we have a plan, then train and equip the people, and they would be on the path to success.

For a balanced economy to emerge, we must follow the original plan; everything was created with four main areas or divisions. For example, within a person you have the brain, skull, neck and face which forms the head. The brain houses intellect and information systems. The neck provides boney support for movement, The skull encompasses the brain, and the face contains distinguishing features between different individuals. So in order to be successful, we have to be different from other nations. We cannot follow the economic blueprint of other nations.

Everything Built On Fours

On the fourth day of creation, God made two great lights, "the Sun and the Moon; and God gave light to govern" - the sun by day and the moon by night. Then God separated light from darkness. For success, every government must separate from the dark things in order to experience growth within a nation. Every leader must have four set of characteristics for success. The characteristics of the:

- Ox - must be actively concerned about the welfare of ALL involved.

- Man - rule with compassion and mercy.

- Eagle - vision for the future; able to see ahead and know which area to focus on for economic development.

It is critical for leaders to understand the times and seasons for economic development or to:

These areas are going to be critical for any nation choosing to move forward!

There are four seasons

There are four Cardinal Directions

Interestingly, Budgets and taxes are always presented, tabled, implemented in the fourth month.

There are also four basic functions for money and levels of faith.

The government needs to focus on four areas:

- Keep power equal and have proper checks and balances,

- Pass laws that will benefit the people and provide economic stability

I believe every transformational leader should put systems in place to have a national audit to include the central bank/Treasury, when there is a change of government, to clearly outline what will be handed over to the new government. We need to see a profit and loss Statement that the common man can read and understand. In Nehemiah 5: 14-19, Nehemiah requested such an audit. In fact, he believed that self-sacrifice is necessary for moral leadership and he led by example. Previous governors had lived richly at the taxpayers' expense, but Nehemiah refused to do so. Many of our politicians today would do well to take a pay cut.