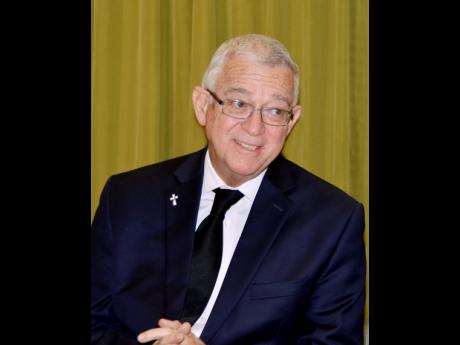 The House of Representatives gives itself nearly six weeks of vacation each year during the summer. The schedule during the rest of the year is quite relaxed, too.

Usually, there is, on average, one three-and-a-half-hour sitting each week. It gets really stressful when we are asked to meet on Wednesdays as well. Then, of course, there are the committees that often fail to start on time or to achieve a quorum.

Not surprisingly, all that gets done is some of the business on the agenda of the Government of the day. There is very little serious discussion, even less research, and a great deal of egotism, bombast and petty triumphalism.

For example, the nation will probably have to wait until next year for the new Road Traffic Act, sorely needed, but delayed by the election and the tawdry and eminently forgettable Sectoral Debate. Why? Under what scheme of priorities? Would it not serve a useful national purpose to have debated, passed and brought this law into effect this August instead of wringing our hands about road carnage while on vacation?

But no doubt, I am asking too much. Is there any Parliament anywhere that engages in really deep thought? Does the climate of partisanship, the Standing Orders and the schedule - even the seating - help to foster the exchange of ideas and the rigorous assessment of data?

In these most sensitive years of social and economic renewal, the Jamaican Parliament has not yet found time to consider the effects of Brexit on our national fortunes; we are assessing our position in CARICOM without a viewpoint from our legislature, not to mention the host of social issues which need broad exposure and at least an effort at consensus.

Another pressing example is the future of the cane and sugar industry. As yet, little or nothing has been said in Parliament, despite the acute crisis.

And even when the committees do meet and report, what becomes of their deliberations anyway? My understanding is that they ought to be considered by Cabinet and a response be forthcoming. Has that ever happened? And if not, is there even a debate on the recommendations? And if not, would that not be contempt for the sincere effort put in by members, staff and private interests?

Discourse on crucial national policy issues may take place in the media if the advertising and the audience warrant it. Surely, this is not dependable, and even less so is the recourse to social media, which one of our ministers wants to use to declaim policy.

It is true that in recent times there has been some, albeit reluctant, relaxation of the rigidity. Now, when ministers make statements, there is a right to reply and the opportunity to ask questions. This is often less than effective because there is no advance copy of the statement and, in any event, there are always members who, in ignorance or impatience, heckle and frustrate intelligent questioning.

Here is a suggestion: When the House reconvenes in September, let there be an assessment of the legislative calendar going forward, the placing on the agenda of agreed issues of national importance for debate, and the scheduling of plenary and committee sittings to allow time to prepare and to secure the participation of external viewpoint.

The bottom line is that this Parliament is far less functional than it could be; and it wouldn't need money, only interest and effort, to strengthen the usefulness of what is, after all, the highest court of the land.

- Ronald Thwaites is member of parliament for Kingston Central and opposition spokesman on education. Email feedback to columns@gleanerjm.com.