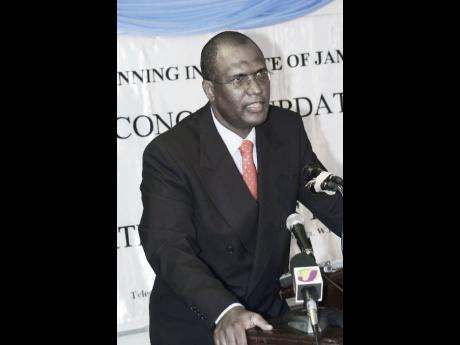 Industries that are competitive usually provide the best outcomes for society - the lowest possible prices, the highest possible quality, and efficient use of resources (raw material, capital and labour). This efficiency allows the country to get maximum output from its limited resources. Consumers and society at large benefit from competition.

There are some industries, however, in which competition is impossible. Given the nature of technology and the size of the market, only one firm can profitably operate in such an industry. If a second firm enters, one or both firms would make a loss. Such industries are known as natural monopolies. An example of a natural monopoly would be an electricity distribution company.

Given that electricity is transmitted over a network of lines and poles, it would not make economic sense to have several companies, each with its own network. The cheapest way to get electricity to consumers is to have a single network. If a second company duplicated the Jamaica Public Service's (JPS) network and took away customers from JPS, chances are that both companies would lose money. Natural monopolies are mostly to be found in areas which we describe as utilities - electricity distribution, water distribution, highways, etc. The telephone industry at one stage was a natural monopoly; however, with the change in technology away from a network of lines and poles to radio frequency, it became possible for the industry to support multiple companies.

A monopoly exists when there is only one firm in an industry. By definition, that firm faces no competition and is therefore not constrained in its behaviour. Monopolies typically charge higher prices than competitive firms. They tend not to operate at the cheapest possible costs, and given the captive nature of their market, they face less pressure to deliver high quality.

Typically, competition policy aims to prevent or break up monopolies because they are bad, not only for consumers, but also for society as a whole. However, a natural monopoly cannot be broken up because only one firm can profitably operate. A natural monopoly is still a monopoly. In the past, governments sought to deal with the problems of natural monopolies by owning and running these firms. In Jamaica, there was government ownership of water, electricity, and telephone. It was felt that governments, not driven by profit, would not exploit the monopoly position of these firms to the detriment of consumers. Government ownership and control resulted in another set of problems, including a lack of resources, financial and otherwise. Publicly owned utilities often failed to deliver satisfactory levels of service (recall frequent power outages when the JPS was government-owned).

In many countries today, natural monopolies are owned and operated by private companies subject to regulatory oversight. This arrangement allows private-sector expertise and resources to be utilised while the regulator seeks to mimic a competitive environment even though there is only one firm. The benefits of private-sector ownership are reaped without the dangers of a monopoly. Restricting the price which the firm can charge puts pressure on the firm to contain its costs since inefficiencies cannot easily be passed on to consumers. The regulator also seeks to impose minimum-quality standards on the monopoly firm.

If the regulator sees itself as the protector of consumers, it might be tempted to impose too low a price. While consumers love low prices, prices which are too low would result in the rate of return of the firm becoming uneconomical. If that happens, the firm would have little incentive to invest in maintenance and improvements and in the extreme case could go into bankruptcy. Such behaviour would also deter other firms from making an investment in the economy. For example, if a company invested in a toll road in Jamaica expecting a particular rate of return, and political pressure after the road is built results in a lower than expected toll, the firm's financial situation is adversely affected. This stick-up of the investor would deter other investors from considering Jamaica. The role of the utility regulator is therefore not directly to protect consumers, but to ensure that the environment approximates a competitive one even with only one firm operating.

n Peter-John Gordon is a lecturer in the Department of Economics, UWI, Mona. Email feedback to columns@gleanerjm.com.