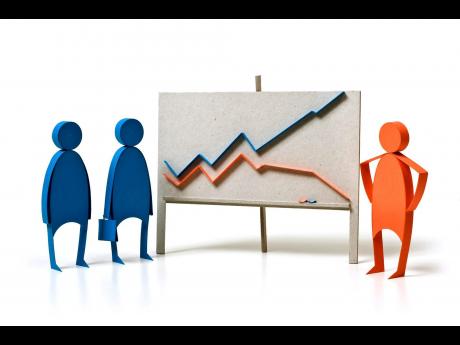 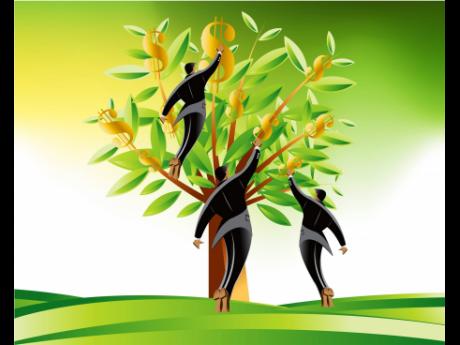 Some of us not seeing a hard-nosed, no-nonsense policy response to negatives that retard growth in the economy are somewhat worried. Now we can cast away our concerns, dispense with our fears, set aside our troubles, if we give credence to the optimism of Miguel Carrillo, executive director and professor of strategy at UWI's Arthur Lok Graduate School of Business in Trinidad.

The professor's thinking should be music to the ears of our prime minister, our finance minister, the Economic Growth Council Chairman Michael Lee-Chin, and Jamaicans as a whole.

The opening salvo in his presentation, 'Jamaica: Next Level Growth', Professor Carrillo said, "If we look at the data of the last four years, there is some movement in the right direction, suggesting something is happening in Jamaica that is good. You can feel it in the air as you come through Immigration and Customs, and you see it in the smile on people's faces. I am telling you something is happening in Jamaica."

Sidestepping what he calls some brutal facts - "Jamaica is moving too slowly; has huge debt levels; is fragile; is very small; and people are afraid to take risks, resulting in the prospects of growth not being aggressive enough" - the professor pulls out charts and tables to reinforce his great news theme for Jamaica.

A key point for him is the World Economic Forum (WEF) Global Competitiveness Index, which has 12 pillars, including the macroeconomic environment, health and primary education, financial market development, and business sophistication. He is impressed with our financial markets where the acumen is high, as well as a general upward movement on the index over the last three years (in spite of last year's slippage) and he argues that these augur well for growth.

Something else that the professor finds significant is the interrelationship between the Social Progress Index and GDP per capita. He documents this by showing countries on the positive and negative sides of a chart. Professor Carrillo emphasises that "successful development requires improving the economic and social context simultaneously in ways that are reinforcing, rather than working at cross-purposes". His conclusion about Jamaica, much to the consternation of the audience, is, like New Zealand: We are on the positive side of the chart.

We could take pride of place in being in such company, although that country's GDP per capita is much higher than ours.

The professor, drawing on famed economist Jeffery Sachs, who, in a landmark study on the Science of Growth, did empirical research identifying exogenous growth variables in 88 countries over a 25-year period, challenged his audience to identify the top most positive impact variables of growth. He quickly volunteered the answer. "Sachs' number one growth variable is consistent open markets. Open economies grew 4.5%, closed developing countries 2%, and developed 2.3% in the last 20 years."

The second impact variable is growth of economically active population. Third is institutional quality and fourth is central government budget balance. "Sachs contends that positives in these areas are likely to produce faster rates of long-term growth for developing countries."

On this score, Professor Carrillo is excited about Jamaica's economic prospects because we are an open economy, and, more important, after years of decline on the DHL Global Connectedness Index, there has been a remarkable turnaround since 2013 when our country surged 22 places within two years. This Index captures global connectedness measured by flows of trade, capital, information, and people.

Reinforcing the professor's bullishness, I could add our build-up of reserves of $2.5 billion that have occurred over the last year and the fact that our current account deficit, which was 12% of GDP in 2013, is now down to 3%. Also, with Jamaica's exchange rate being more competitively priced, there is likely to be a better local response from the agricultural sector to our high food import bill.

Another positive that could boost Professor Carrillo's optimism is the finalisation of a plan for the launch of the National Investment Policy by Jamaica's investment and export promotions agency, JAMPRO. The hope here is for Jamaica to reach an investment target of US$2.5 billion by 2020, more than three times our current performance.

The International Monetary Fund's first review under our country's three-year standby agreement, which was announced on Tuesday, adds weight to Professor Carrillo's optimism, as it noted that all the domestic confidence indicators are at an all-time high. The Fund, however, warned that "decisive policy actions are required to improve public sector resource allocation and efficiency".

Adam Stewart, CEO, Sandals Resorts International and the ATL Group, in opening his company's Porsche dealership in New Kingston, adopts what some might regard as a novel approach to assuring economic growth. While emphasising the importance of other economic drivers, Stewart contends that yet another critical variable could be the impact of the luxury sector on national growth.

"We've always said we're looking to do things differently and do whatever it takes to raise standards every single day of life. By default, the higher you push the boundaries at the top end of the market, you raise everything else below and suddenly everyone is looking to innovate, whether you are selling cars, hotel rooms, or loaves of bread."

Citing a study from an independent firm Frontier Economics, which was commissioned by the UK-based luxury sector Walpole, an alliance of 170 of Britain's finest luxury brands, Adams reported that the findings indicated that "high-end creative and cultural industries make a significant impact on the British tourism and travel industries through the international appeal of luxury brands and experiences".

He added further that the report also found that the luxury goods sector makes a valuable contribution to employment, and the spillover effects created by the high-end industries benefit upstream suppliers, mostly other small and medium enterprises, develop skills, knowledge, as well as expertise and skills-based clusters.

To those gung-ho about the economy, despite some negatives, or what Professor Carrillo calls brutal facts, they do not want to go back in time and be annoyed with themselves for not seeing the forest from the trees; they feel there has been sufficient evidence of a turnaround, and a foundation has been laid over the last four years to add validity to the professor's claim that something good is happening in Jamaica.

- What is Jamaica offering that is innovative and unique which is difficult to imitate or substitute? (In fancy language, we could say, what is our national value proposition, and then we could add, is our value proposition evolving to adapt to new dynamics, including millennials, digitisation, and globalisation?

- What is our economic strategy?

- What is the national portfolio of investments that will propel a sustainable profitable growth trajectory?

- Are these investments aligned with private sector growth trajectories?

- Are we victims or protagonists?

Paraphrasing Philippians 4:8, I would say, "Whatsoever things are of good report, think on these things."

- Mark Ricketts, economist, author, and lecturer living in California, was chief economist of the Vancouver Board of Trade in Canada; deputy chairman of the Jamaica Stock Exchange; assistant editor of the Financial Post, Canada's largest financial newspaper. Email feedback to columns@gleanerjm.com and rckttsmrk@yahoo.com.