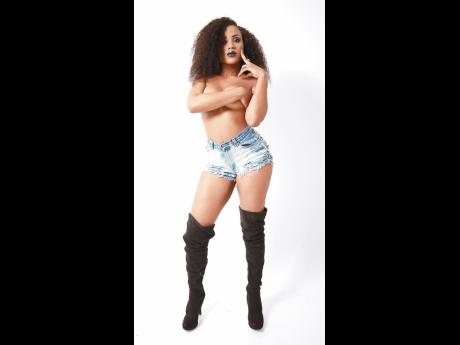 Any good dictionary will define morality as those principles concerning the distinction between right or wrong and the difference between good and bad behaviour.

Every generation of people grow up in a society where there exists a set of morals that dictate how they behave in public and private. That ethical code establishes what the society, in general, will frown upon and sets down what the same society will embrace and celebrate.

There has been a long and seemingly never-ending debate about the value of values in, say, a society like Jamaica's where individuality and independence of thought and action are celebrated and many of the things that were held up as sacred societal ethics have been consigned to history.

It's not that I am philosophising as I approach my 35th year. It is that I have been influenced to consider the issue of morality by a song that is the topic of discussion in workplaces, taxis, buses, rum bars and bedrooms.

The artiste Ishawna has set tongues wagging with a highly controversial song about the right of women to demand, expect and receive oral sex from men. The song, set to an easy rhythm, makes it clear to men that for too long they have been demanding and receiving certain oral favours with scant regard to the woman's entitlement to reciprocal action.

NOT FOR THE FAINT-HEARTED

I must warn readers that the song is not for the faint-hearted.

I have heard it played a million times by persons in my office and I still cringe as Ishawna lays down the rules. For some reason, I cannot reconcile her demand that her man treat her genitals like a bottle of Pepsi, a serving of French fries, or a bag juice!

But the real killer for me is her suggestion that the real test of a man's ability to please happens when her derriere meets his forehead! Ishawna makes it clear that men who lack functionality below the waist have no need to worry, so long as their game face - or face game - is up to par.

Predictably, the men in my office, like the men on social media along with those in buses, taxis, barber shops and rum bars across the land, are indignant that the song has gone too far. Several male deejays have also gone into the studio to record songs lashing out at Ishawna and calling for her to be condemned for her lyrics.

The reaction of the women couldn't be more different. They see her song as almost being inspired by the Lord himself to serve as a counterbalance to the lyrics of dancehall's leading male protagonists preaching about the daily oral gratification that their many women must provide in order to keep them happy in the relationship.

Of course, social media is split into two main colonies, with women on one side in firm support of their hero and men, on the other side, characterising her as the antichrist.

And then, what about those who will hear the song, read articles like this one, then hiss their teeth and carry on with life while wondering what the fuss is all about?

What about those old-timers and traditionalists who are astonished that a woman would want a man to please her in the ways Ishawna suggests? And what about those who are worried about the impact a song like this will have on children who can play it on an endless loop on their mobile devices, out of the reach of parents who may want to shield them?

Does the song confirm that we have lost our morals? Or is it informing us that there are new morals we must get used to?