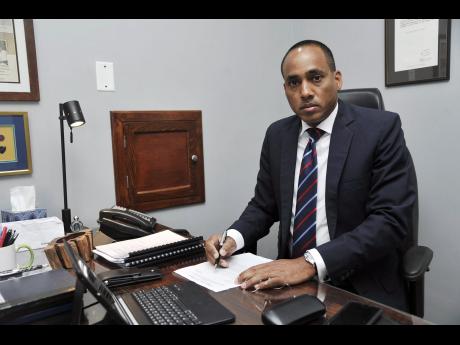 Our justice system has been the subject of much criticism, which only seems to arise when there is a general dissatisfaction and public outcry in relation to how certain cases are determined by our courts. Invariably, the response to these criticisms is always an indecent haste towards law reform.

The most recent example of this was the sentence handed down in Regina vs Tesha Miller, where the penalty by law, by any measure, was nominal for the particular offence.

The pursuit of law reform is hardly ever done as a matter of course, or invoked to ameliorate the serious day-to-day challenges that certain categories of persons have when they interface with our justice system. These categories of persons to whom I refer are poverty-stricken accused persons who are fortunate enough to have been offered bail by a judge, and also those who offer themselves in such circumstances as sureties for such accused persons in the bail process. The latter category of persons (sureties) are individuals with collateral or assets who give their guarantee to the courts that accused persons will attend court once bailed.

However, experience has shown that such accused persons, even after being offered bail on their first appearance in court, remain in police custody for months, and in a few cases, years, because those who are prepared to stand surety for them are unable to meet the various conditionalities in the bail process. These accused persons, because of their socioeconomic background, are oftentimes unable to secure a person of suitable means to meet the conditions of bail.

The conditions of bail themselves may vary from court to court, but often include:

1. A certified photograph of the surety.

2. A valid identification document (passport or driver's licence) for the surety.

3. Proof of address in the form of a utility bill.

4. A letter of recommendation from a justice of the peace certifying that the surety is a fit and proper person to bail the accused; and

5. Proof of collateral by the surety, either in the form of a motor vehicle title with no lien, a certified registered land title, or in the alternative, a bank statement evidencing sufficient funds or value commensurate with the amount of bail offer that is made by a judge.

Those standing as sureties in this situation oftentimes are unable to satisfy all of the conditionalities either because: in the first instance, where they reside is communal in nature and therefore proof of a utility bill specifically in their name is not obtainable; or the premises upon which they reside is not the subject of a registered title. In other instances, such sureties are themselves not holders of accounts within the formal economy.

The end result is that there is a prolonged period that intervenes between the time a poverty-stricken accused person is first offered bail, to the time that he is released on bail. Indeed, there are even situations where the conditionalities of bail prove to be insurmountable.

In addition to the aforementioned, it should be noted that the bail process, as it is, creates a fertile ground for corruption and criminality, as frustrated relatives of the accused persons, overwhelmed with the bail process, yield to the temptation of having 'professional sureties', otherwise known as 'bailermen', taking on the challenge on their behalf with the use sometimes of fictitious documents. These 'professional sureties' often linger about within the precincts of the courts and extract a tariff in cash, or sometimes in gold, from innocent and frustrated family members of the accused in exchange for their services.

In a few cases, the bailermen have been known to disappear without fulfilling their obligations after extracting their fees from relatives of the accused persons. Unconfirmed reports suggest instances also of such professional sureties subsequently meeting their demise in mysterious circumstances.

In all these circumstances, it is imperative that the approach to law reform include legislation that would have licensed professional bail bondsmen, accompanied by a standardised and simpler bail process from parish to parish.

This process would see relatives or friends of accused persons paying a prescribed fee to a licensed bondsman towards achieving bail in a legitimate way. This obtains in other jurisdictions such as the United States. There exist no good reason for not following suite. Failure to move in this direction is an invitation to have another Mario Deane case being visited upon us where an accused awaiting the process of bail dies in custody.

The actual bail process must give effect to Section 14 (4) of the Charter of Fundamental Rights and Freedoms in our Constitution. It provides that "any person awaiting trial and detained in custody shall be entitled to bail on reasonable conditions (emphasis mine) unless sufficient cause is shown for keeping him in custody". The present bail conditions offered to poverty stricken accused persons are anything but reasonable. They give strong affirmation to the view that to be poor is a crime in this country. This issue must be addressed without delay.

- Peter Champagnie is an attorney-at-law. Email feedback to columns@gleanerjm.com and peter.champagnie@gmail.com.