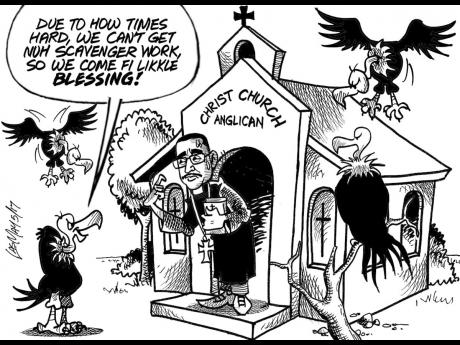 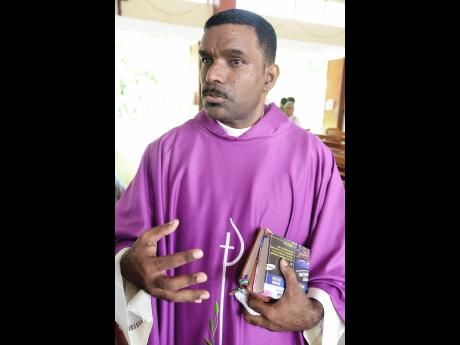 Since Jamaica is reputed to have the most churches per square mile, it might be deduced that we also have quite a significant number of Bible study sessions in any given week. A timely question, though, is, what really is happening in those gatherings?

The recent commotion regarding the celebration of animals at a service for children and the ministry of veterinarians has raised a number of concerns. These speak to our teaching, or lack thereof, when it comes to empowering our people with credible information.

The presentation of the Genesis creation myths has somehow left quite a number of persons in a place of fixed ignorance. While it is understandable that there are many pastors who do not know better, it is irresponsible, if not abusive, for those who know better to remain silent in the interest of saving face.

Mythology in religion and theology is not about the status of being truth or lie. Myth in religion is used to convey a deeper understanding or message that goes beyond the face value of the words used in the story.

The two creation stories in Genesis have only one purpose. That is to present the faith position that God is Creator! It is not a scientific statement!

The teaching of language arts requires a foundation of learning the letters of the alphabet prior to word formation, and then moving to sentence structure, and then paragraphing, and then essay writing, and so on. A similar thing occurs in the evolution of theological thought and process.

The Genesis myth sought to address some of the universal questions that the ancients had. Where does life come from? Why is there evil in the world? Why do women have labour pains? Why does a snake move on its belly? Why does man have to work so hard?

Sadly, the Genesis myth is still being used to promote prejudice, misogyny, and confusion. The snake, in spite of its being a symbol of healing and wisdom in Scripture, has not escaped prejudice and condemnation. The Jamaican yellow snake and the Jamaican boa face the threat of extinction if people do not understand the value of protecting these innocent creatures. Sustaining and renewing the life of the Earth is a Christian obligation!

I have no concern about snakes deceiving anyone. My concern is with snakes on two feet. They prey on people's vulnerability to being led. They enslave people to literal thinking, and that is why myths are taken literally and the mental slavery prevails. The sin of Eve has even been used to give a reason for violence against women.

In Greek mythology, the Rod of Asclepius, also known as the Staff of Asclepius and as the asklepian, is a serpent-entwined rod held by the Greek god Asclepius, who is associated with healing and medicine. Look for this symbol at the pharmacy, or with regards to anything medical. Sometimes the symbol of Hermes, the Caduceus, which is a winged staff with two entwined serpents, is mistakenly used in this regard.

Moses lifted a bronze serpent on a rod to affirm healing for those who were stung by venomous serpents. Jesus referenced the wisdom of the serpent while calling on his disciples to be wise.

May we seize the opportunity to do more teaching, reduce ignorance, and empower our people as we rid ourselves of the scourge of mental slavery.

- Father Sean Major-Campbell is an Anglican priest and advocate for human rights. Email feedback to columns@gleanerjm.com and seanmajocampbell@yahoo.com.