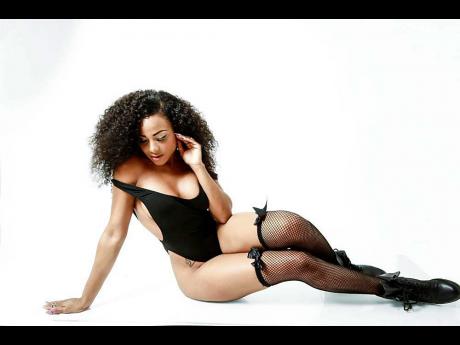 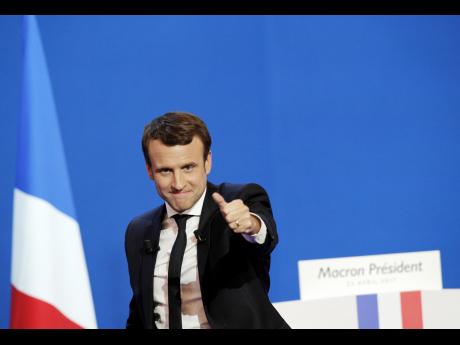 The victory of Emmanuel Macron, president-elect of France, is not just about saving his country from the hateful politics of Marine Le Pen and her far-right nationalists. It's also a celebration of sexual love that decisively penetrates conventional barriers of respectability.

Macron's wife, Brigitte, is 25 years his senior. She could actually be his grandmother if she grew up in certain societies where adolescent girls get married at a very tender age. But that's not her culture. So let's say she could be Macron's mother. This became an issue in the French election campaign.

It was even rumoured that Macron must be gay to have a wife so much older than himself. She could only be his cover, not his real-real lover. Macron addressed the matter frontally in an interview on Le Parisien TV. He dismissed the speculation about his sexuality as rampant homophobia. The French? Homophobic? I thought Jamaicans, especially our DJs, had the monopoly on homophobia.

Macron also described the obsession with his wife's age as pure misogyny.

If his wife had been 20 years his junior, it would not have been remarkable. The age difference between Brigitte and Emmanuel Macron is exactly the same as that between Melania and Donald Trump. But this hasn't been an issue for them. I suppose there have been so many revealing distractions that age is a minor matter.

It is true that Brigitte and Emmanuel met in delicate circumstances. He was only 15 and she was his drama tutor at school. It's not clear whether or not the romance started right away. In any case, the age of consent in France is 15. The affair would have been perfectly legal. But Brigitte was married.

What's good for the gander is definitely not good for the goose. Married men have affairs all the time. It's not a big deal for them, it seems. Why are men and women held to such different sexual standards? It appears as if women are not supposed to enjoy sex. Why should women settle for doddering old men? Why shouldn't we marry hot young men? Who makes up the rules?

SERMON ON THE MOUND

Emmanuel Macron is quite right. It's prejudice against women, pure and simple, that traps us in our 'rightful' place. In the kitchen! And the conditioning starts very early with all those tiny household appliances girls get as Christmas presents.

The stereotyping continues right through life. It's Mother's Day, and I'm alarmed that so many men seem to think that women will shiver in delight if they're given a fridge or a stove. Those are household appliances. They're not personal toys. Why not give the woman an appliance she can enjoy in the bedroom, the other place in which she's often trapped?

Which brings me to Ishawna's sermon on the mound: the mons Venus. I know that the description of Ishawna's dancehall lyrics as a sermon will seem sacrilegious to many pious readers. And the echoes of the biblical Sermon on the Mount will be even more upsetting. As Ishawna says about her own song, "Nuff ignorant people a go cuss this."

But the original meaning of 'sermon' is not exclusively religious. Technically, what we now call a 'sermon' should be more precisely described as a 'religious sermon'. According to the Online Etymology Dictionary, 'sermon' comes from the Latin 'sermonem'. It means 'continued speech, conversation; common talk, rumour; learned talk, discourse; manner of speaking, literary style'. Originally, a sermon was 'a stringing together of words'. Much like dancehall lyrics!

Like many a Christian parson, Ishawna has a burden on her heart. It's the very same issue that annoys Emmanuel Macron: unequal gender relations. And Ishawna expresses herself most passionately in her decidedly secular sermon. Admittedly, her sexually explicit stringing together of words cannot possibly pass the scrutiny of the Broadcasting Commission. Bleeping can't help this one. Nothing much would be left.

But Ishawna also uses the occasional clever metaphor. The mouth of the Pepsi bottle is the mound and the lubricant produced by the aroused woman is "bag juice". I was amused to learn recently that literal bag juice is also called "saline". Typical Jamaican wit! After all, it does rehydrate. Then it struck me that men who sell bag juice may now start to be worried about the feminisation of their product. What a thing!

Once you get past the X-rated lyrics, the moral of Ishawna's message is persuasive. Reciprocity in sexual relationships is the principle she advocates. And this extends outside the bedroom into the kitchen. Ishawna asserts that she's literally eating properly, highlighting the benefits of pineapple juice. And she insists that her sexual partner must also be physically fit.

Naturally, male DJs have responded to Equal Rights. Kip Rich categorically states, "Mi done wid bag juice; mi no waan see no Pepsi." Does "done" mean that Kip Rich used to enjoy bag juice? If not, that's quite a slip of the lip.

Like Ishawna, Kip Rich promotes equal rights. He doesn't pressure his partner to perform certain acts because he's not going to return the favour. And he advises men to eat healthily so they can function efficiently.

Instead of condemning dancehall culture, in general, and Ishawna's sermon, in particular, we should all take heed. As the Bible says, "Do unto others as you would have them do unto you."