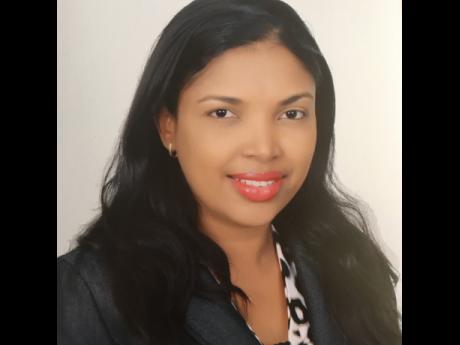 As a concerned citizen with a keen interest in issues concerning transparency, accountability, and efficient operations in the public sector, I believe that partnerships between the Government and the private sector should be encouraged. The key is for a clear legislative and regulatory framework that governs such arrangements to be developed and adhered to.

In response to Peter-John Gordon's article titled 'Public-private partnerships feasible' published in The Sunday Gleaner on May 14, 2017, I submit that rejecting unsolicited proposals goes contrary to the spirit of facilitating entrepreneurship, enterprising, and innovation. For the uninitiated, an unsolicited proposal is one made by a private party to undertake a public-private partnership (PPP) project, submitted at the initiative of the private party, rather than in response to a request from the government.

Often, the unsolicited proposal advances new ideas that add value for both the private sector and the public. The private sector often envisions solutions for problems within the public sector and introduces new technology, efficiency, and access to long-term funding. This allows for scarce public resources to be allocated to priority areas.

Although unsolicited proposals are supported, it is recognised that there are challenges with these proposals. These challenges include if the Government negotiates directly with these private entities, they may lose the benefits of competitive bids and it may not achieve value for money. Also, complaints from other entities may be lodged regarding unfair negotiations. Therefore, giving regard to the need for transparency, Jamaica's PPP Policy clearly outlines procedures for bidding and how unsolicited proposals will be treated (Policy and Institutional Framework for the Implementation of a Public-Private Partnership Programme for the Government of Jamaica, 2012, The PPP Policy).

The PPP Policy outlines the steps taken when a firm (Original Proponent) makes an unsolicited offer to enter into a PPP contract with the government. An abridged version of the procedure is stated below:

1. The PPP Unit and the Ministry of Finance (MOF) Node will check if it meets the requirements for unsolicited proposals, i.e. that it meets the PPP criteria and is not already on the list. If the proposal does not meet the criteria, the PPP Unit will reject it. If it meets the criteria, a recommendation is made to Cabinet on whether to proceed with the offer.

2. Cabinet decides whether or not to negotiate with the original proponent (OP).

3. If the decision is to proceed, an enterprise team (ET) is formed for the project.

4. The ET negotiates with the OP in an attempt to reach agreement on a contract acceptable to the government and the OP.

5. The PPP Unit and the MOF Node confirm that the contract would meet the criteria at the Business Case Level, and if this is the case, a recommendation is made to Cabinet to proceed to the Swiss Challenge Process. If Cabinet agrees, the Challenge process is then initiated, and if it disagrees, the original offer is rejected.

6. The opportunity to challenge the offer is advertised. Challengers are given three months from the date of advertising for the submission of their 'challenge bids' to the PPP Unit.

Mexico is considered to have a sound legal framework for PPPs, with the federal government passing the Public-Private Partnerships law in January 2012, a broader enabling framework for PPPs at all governmental levels was provided (Economist Intelligence Unit, 2014 - EIU). This new PPP legislation made the way for innovative projects to be instigated, and an increase in PPPs was achieved.

The EIU reported that the law allowed for unsolicited proposals from the private sector and conducting a cost-benefit analysis for the selection of PPP projects was compulsory - the latter is mandatory in Colombia as well. The EIU indicated that Jamaica had "a system of checks and balances and increased focus on economic factors for project selection, but there are still opportunities for political factors to influence the process". It goes further to acknowledge that Jamaica has satisfactory experience in projects. However, improvements in the operational maturity of Jamaica would help to build capacity, though it is way ahead of counterparts such as Trinidad & Tobago, Panama, and Venezuela.

- Anneisha Marie Welsh is an attorney-at-law and manager, Business Development Unit, at The University of the West Indies, Open Campus. Email feedback to columns@gleanerjm.com and anneshia.welsh@gmail.com.