Annie Paul | Rudie with a cause 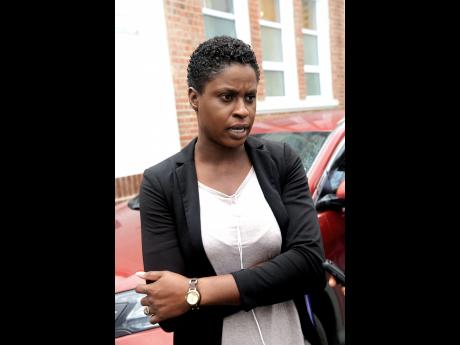 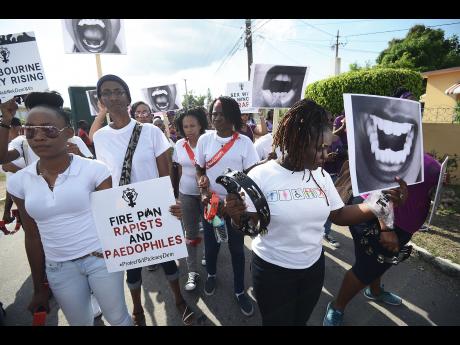 The case of Latoya Nugent, her arrest, and trial on three counts of 'using a computer for malicious communication' under the Cybercrimes Act came to a head on May 17, 2017. After pleading not guilty to the three charges brought against her by three brothers, the trumped-up case against her was finally dismissed.

Essentially, Paula Llewellyn, the director of public prosecutions (DPP), who intervened in the case, admitted that Ms Nugent could not be found guilty because her actions had not been criminally liable. The DPP acknowledged that the postings allegedly made by Nugent were offensive and, perhaps, intentional, but they didn't come anywhere near meeting the 'high threshold' of evidence required by Section 9 of the Cybercrimes Act.

"In other words, it was offensive, but it was not at

the level to make it obscene, or threatening, or menacing," Paula Llewellyn told The Gleaner outside court.

This despite the fact that Nugent had not only named alleged sexual predators on social media, she had then responded to their lawyer with an "expletive-filled" letter. Many senior journalists had already pronounced Nugent guilty and seemed to approve of her arrest by the police, but surely they must reassess their understanding of what constitutes cybercrime now? Also, what constitutes obscenity?

What Latoya may have been guilty of was offending certain deeply held notions of propriety in Jamaica where cursing is forbidden; no one should be 'out of order', especially women; the young should yield to the old; and everyone is referred to as a 'lady' or a 'gentleman', even crooks and murderers. Advocating on behalf of children and women who have been systematically violated and abused, Nugent was in no mood to mince her words or be silenced, and for this she was crucified. "She had it coming," thought most of her critics when she was arrested, but now they're confronted with the fact that "she had it coming" doesn't constitute a criminal charge.

What civil society must ask in the wake of the DPP's statements about the lack of evidence against Ms Nugent is what made the police act in the manner they did? Six heavily armed policemen invaded her home looking for her, then when they couldn't find her, invaded Mary Seacole Hall, a dormitory on the Mona campus of the University of the West Indies, where they intimidated her colleague, Student Services Manager Nadeen Spence. Spence described the terror of those moments and the complete lack of support from civil society, going on to say, "The media want to put us in our place and have us speak in proper hushed tones." Is this the rightful role of the media?

As we all know, Ms Nugent was subsequently arrested and hauled off to a lock-up where she was detained overnight. The manner of her arrest, with the police brandishing high-powered weapons, suggested they were apprehending a kingfish of organised crime or, at the very least, a menace to the nation. They showed no warrant either when arresting her or seizing her property. Surely this is highly irregular? What does the media have to say about this complete overstepping of bounds by the police? Or is such censure reserved only for women who step out of bounds?

The Gleaner recently editorialised about the fact that "since 2006, lottery scammers have operated in St James and other parts of western Jamaica with virtual impunity, and they have been sullying Jamaica's name internationally". The scammers have terrorised western Jamaica, unstemmed by police action, as they went about their business of fleecing thousands of elderly Americans. Pointing out that it was the extradition of an alleged mastermind and eight others at the insistence of the US that had finally prompted police action, The Gleaner lambasted "the tepid response of the Jamaican justice system".

Is it too much to ask that some of the zeal displayed by the police in arresting and charging impolite women be diverted to the apprehension and prosecution of real criminals? Meanwhile, as Stella Gibson, Latoya Nugent's alter ego, said on Facebook:

"As long as I breathe, abusers will never silence me.

As long as I breathe, paedophiles will never silence me.

As long as I breathe, sexual predators will never silence me.

As long as I breathe, the State will never silence me."