Lascelve Graham | Sports for students, not students for sports 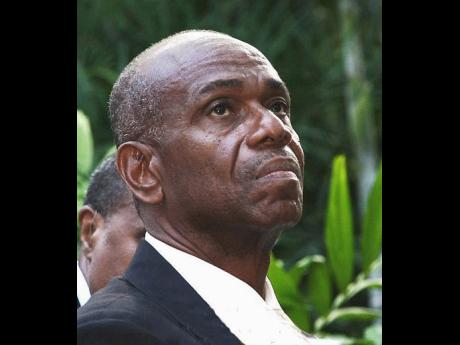 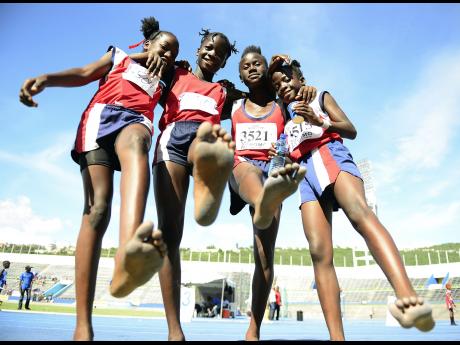 Most children would love to represent their schools at something. Many don't because of a lack of confidence or because of circumstances beyond their control (e.g., being prevented by parents) or because others show more aptitude than they do. However, representing one's school is an honour and a privilege that many of us crave, yearn for, and strive with all our hearts and souls to achieve.

This enthusiasm presents the school with another opening to help teach life skills that are more effectively presented outside the classroom by way of extra-curricular, co-curricular activities. The opportunity so to do should not be whimsically or frivolously blocked or thwarted. Children certainly should not be robbed of this chance because of the clumsiness, heavy-handedness and/or myopia of school administrators.

In one of its reports, Jamaica's National Education Inspectorate (NEI) posited that too many principals of schools were focused on insufficiency of resources rather than on how best to use the resources at their disposal. According to the NEI, this attitude is pervasive, even among school leaders who have been allocated sufficient resources to facilitate effective teaching and learning.

While acknowledging that some institutions are inadequately resourced, the NEI maintains that sufficient resources are available at many schools. "This has, in some ways, restricted creativity and innovation, and has led to a situation where there is greater emphasis on what is lacking than on what can be done with that which is available. There is need for a rethink, and, therefore, we must now begin to refocus on the quality of pedagogical practices, so as to bring about the improvements that are required, in the shortest possible time," the NEI stated.

Among the resources being inefficiently and ineffectively used, being underutilised by too many of our schools, are extra-/co-curricular activities, especially sports. Here, led by ISSA, the body that controls high school sports and which comprises high-school principals (educators), so many of our schools seem to have forgotten that sports in school is a teaching tool, another route to try to inculcate critical life skills, crucial non-cognitive skills in our young citizens, especially our boys.

ISSA, it appears, has evolved essentially into a group that organises sports events for the commercial entertainment of adults. The place, role and spirit of sports in education seem to be completely lost on ISSA as signalled, among other things, by its 45 per cent eligibility rule for high-school representation and the rabid recruiting for sports purposes that it allows for its competitions.

It is time for ISSA and the powers that be in education to revisit the role that sport is playing in our high schools and to make the requisite changes that will see sports playing the role it should in this context, which would present a more level playing field to schools that are endeavouring to do the right thing.

In a daytime talk-show appearance on RJR, the former minister of education declared that school is now the major socialising agent in Jamaica, surpassing the home and the Church. This emphasises that, at least, the school has an important role to play in helping to mould the character of our citizens and to imbue them with key values, attitudes and life skills.

Sports and other extra-/co-curricular activities have pivotal roles to play in helping the school to at least accomplish its socialising mission. If this is so, sports in our schools must place more emphasis on process rather than outcome, and there would be no place for the win-at-all-cost mentality, which drives the heavy recruiting for sports purposes practised by too many of our schools.

The rule that requires students to achieve 45 per cent in four subjects to be able to represent their school seems unreasonable and unfair. Given that the main factor in determining placement in high school is how one performs in GSAT, it means that students who do very well are sent to certain high schools and those who do poorly, for whatever reason, are sent to others.

GSAT allows us to identify the students who are not at the required academic/technical standard at a given age so that they may be sent to schools where they can be given special attention in an attempt to help raise their standard.

We know from the outset that concessions re academic standards will have to be made at least initially for these children. It is, therefore, unfair and unreasonable to expect them to adhere to the same standard as applies to children in the more preferred (advanced) schools. Hence, the academic requirement for them to represent their schools at sports should be different, should be eased, especially bearing in mind that sport should be a teaching tool in school and is potentially a very powerful transformational activity. If appropriately utilised, it can help to put them on the road to academic improvement and success and should be facilitated.

Considering the above, I propose that the academic requirement for representing one's school be varied and should be the pass mark or average (median, mode?) for each school. I also propose that given: (1) the mission of school; (2) the protocol and the major factor associated with high-school admission (academic/technical status); (3) the role of sports in the context of a specialised educational institution up to high-school level (basic education), that recruiting for sports purposes by schools be banned.

It should not be students (brought in) for sports but rather sports (as an educational resource) for students. This would be educationally inclusive (supportive of all students who choose to participate) rather than elitist and sports exclusive (geared only towards the stars - as if a sports academy or club).

Remember, we all have different intelligences and learn in different ways. Sports in our schools should be about helping our children to learn. We must start celebrating education, at least in our specialised educational institutions.