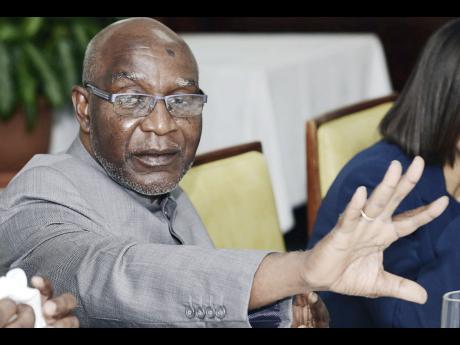 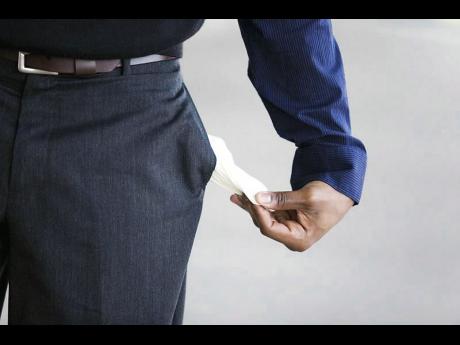 Contributed
At J$101.75 per hour, Jamaican minimum wage earners usually have to work more than one job or have differencet sources of income to make ends meet.
1
2

The Washington Consensus that took shape in the 1980s launched, among other policy changes, a movement from direct or income-related taxation to indirect taxation. The public rationale was twofold. Governments were unable to collect the taxes on income because earners other than those paid by the governments were finding ways to avoid paying, and the progressive nature of the tax meant it was a disincentive to initiatives to invest and earn more.

Indirect taxes, on the other hand, were consumption based, and gave the taxpayer discretion over whether and how much to expend. The position of faith was that with more income in the hands of those who earn more and the paying of less in taxes now 'made' legal, they would invest more in the economy. This would engender growth. The reality in an open economy like Jamaica is yet to be demonstrated.

The initial resistance was met by the increasingly disproportionate financial power of the dominant developed countries that adopted this approach as an ideology. Needless to say, the relatively small but policy-influencing group of beneficiaries welcomed it. With control over public information, they aligned progressive taxation with failed socialist economic policies and tagged the proponents 'communists'. The initial objections and the demonstrated adverse impact on the poor were assuaged by exempting some basic or essential items.

Exemptions were, however, a short-term stratagem. With the failure of revenues to grow and the consequent increase in fiscal deficits, the proponents then attacked subsidies and exemptions as distorting. Gradually, an increasing number of the poor came to bear the full burden of indirect taxation.

Further, with the growth in production and revenue not materialising, the proponents of the shift in wealth to the wealthy and very wealthy moved to seek further incentives. The silver bullet was the reduction in the rates of individual and corporate income taxes.

It is argued that for simplicity and equality, all should pay the same rate. All then have the right to decide how much of their income they will spend to live and how much they will save and invest. What could be fairer, the proponents maintain? And, indeed, that would have been very fair had incomes just been roughly similar.

But that is not reality. Incomes have historically been inequitably distributed. We need not debate here the factors underlying that maldistribution. What we can say is that since the 1980s, public policy has been driving maldistribution to never-before-seen levels. Google tells us, for example, that "income inequality has grown increasingly evident since the 1980s, when the distribution of income had 30-35 per cent of national income going to the top 10 per cent of earners. Since then, the percentage of income going to the top 10 per cent has increased to 50 per cent, creating a huge disparity between high earners and low earners."

That is public information. It takes little imagination to recognise that for those at the bottom, there is no discretionary spending. Their choice is how much to borrow to survive. At the same time, those at the top are unable to spend the interest on what they cannot possibly spend. That explains much of the growing disparity noted by Google. It at least begins to explain the reality we now live in which the eight richest men (they are all men) in the world have as much wealth as the bottom 50 per cent of the world's population. Put differently, each of these gentlemen has as much wealth as 375 million of the poorest people on the Earth.

To say that it is fair that each of those 375 million bears the same rate of taxes as the ONE stretches the imagination. To move further and say it is equitable makes fools of all of us.

While none of the EIGHT is a Jamaican, Jamaica has the second worst distribution of income in this hemisphere. So the unreasonableness of the argument for indirect taxation should hold equally here.

Let me, therefore, disagree fundamentally with those here and abroad advocating for a system based on indirect taxation. Public-policy makers in Jamaica need to take a hard look at what they are doing in the name of tax reform.