Gordon Robinson | ‘I have no objection!’ 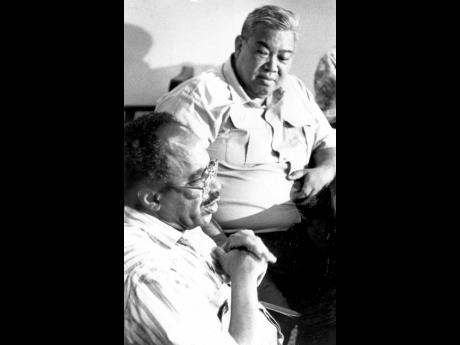 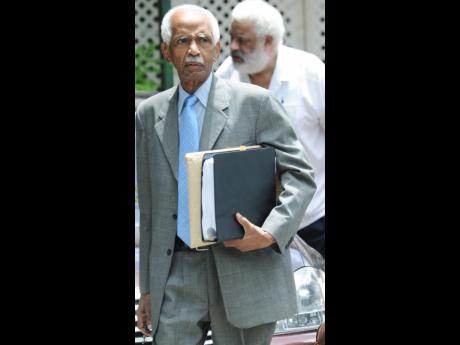 As I draw nearer to full retirement, I find myself reminiscing more and more regarding the characters of the old-time profession.

Judges were 'characters', but some attorneys even more so. Then, personality, charm, intellect, and wit were treasured above boring erudition. When counsel combined all five, he/she became legendary. These days, young lawyers take themselves and the profession so seriously that I dread attempting to inject light-heartedness or, worse, humour into any formal occasion. Funny stories helped to make tedious courtroom procedures bearable, encouraged collegiality, and helped sharpen advocacy skills.

As a final-year law student, I accompanied Noel Edwards, QC, to the last day of May Pen circuit; was introduced to the circuit judge (Melville J) in his chambers after court adjourned; and, thereafter, brought to the farewell spread put on for all, including judges, magistrates, clerks, police, and defence lawyers. This young student enjoyed it all immensely, especially listening to stories of the past. Then senior magistrate was Lensley Wolfe (now former CJ), who regaled us with funny stories of his misspent youth as a student in England. Thus, the profession encouraged camaraderie, cooperation, and mutual respect. Today, all we have is hostility.

One character from my past whose work became fodder for my storytelling to young lawyers was Maurice Tenn. Maurice was a (very) big man with a sunny disposition, huge smile, and most helpful manner. Maurice didn't have a malicious or disingenuous bone in his body. He was genuine, sincere, and open. It was impossible to dislike Maurice.

Some people are made of plastic.

You know some people are made of wood.

Some people have hearts of stone.

Some people are up to no good.

Aaaaah, but baby, I'm for real.

I'm as real as real can get.

If what you're looking for is real

loving, then what you see is what you get.

Back then, no advocate bothered to repair his or her gown. A torn gown was considered a sign of seniority. My first memory of Maurice was sitting behind him in the Supreme Court on Junior's bench (front bench for QCs; next, senior counsel; back bench, juniors) and noticing that his gown had suffered so much 'seniority', it barely covered his shoulders. He wore it with pride.

But my stock Maurice Tenn story involved his tenure, in the turbulent 1970s, as state minister in the foreign affairs ministry. Fiscal resources were low, so official teams often passed the begging bowl around the world. Despite his junior status, Tenn was asked to head one such delegation to Italy. After a hard day's begging, he treated the team to dinner at a nice Italian restaurant.

A waiter distributed menus and returned for orders. He asked Tenn what he'd like. Maurice replied, "I have no objection." The confused waiter asked again. Again, Maurice responded, "I have no objection." The waiter convinced himself it was a language problem so tried to rescue the evening with, "Sir, I don't understand ... ," to which Maurice, out of character, became testy. "My dear good fellow," he intoned, "you handed me a document. I perused it. I have NO OBJECTION!" It finally dawned on the waiter that Tenn wanted the entire menu, which he served and which Maurice ate.

The delegation returned home. The restaurant bill soon followed. It created a diplomatic incident (I kid you not). Notes were exchanged by diplomatic pouch as local bureaucrats queried the bill's authenticity. Eventually, Maurice fessed up and the bill was paid.

There's more. I once led a prominent law firm's litigation department and insisted on taking lawyers in my department to lunch once per month (trying to emulate what I'd seen in May Pen) to develop morale. One such gathering (at the now-defunct China Town on Church Street) featured my telling the youngsters my Maurice Tenn story. It was greeted with howls of laughter until one young lady said, "Gordon, turn around."

There, with the back of his chair right up against the back of mine was Maurice Tenn and guests. What did I do? What could I do (channelling Johnny Cash in A Boy Named Sue)? I asked, "Maurice, true or false?" Maurice gave me his trademark wide smile and said, "Absolutely true!"

I mean, what you see (whatcha see)

Is whatcha get, now baby (is whatcha

Whatcha see is Whatcha Get comes from the Stax soul stables, written by Tony Hester and recorded by The Dramatics in 1971.