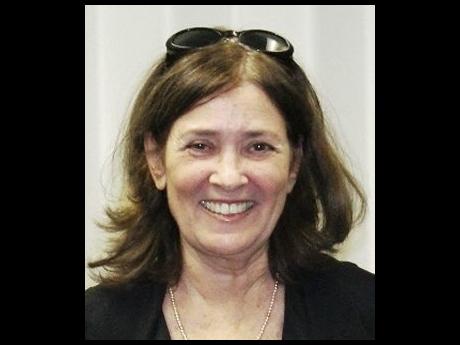 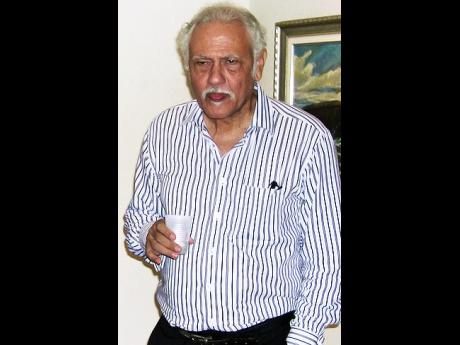 There is a painting by David Boxer that shows a man's head with his thoughts and hopes and dreams streaming out through one temple. It is called 'I Saw My Land'. He painted it for my grandmother, Edna Manley, who had pioneered so much of the art and literature of the nascent Jamaican art movement. This was a quote from Mike Smith's iconic poem, 'Jamaica', with its memorable fourth line, "I saw my land in the morning ... ."

When the friendship with Edna and David began, Edna was grieving Norman Manley's death, and in an almost symbolic way, David moved into her life as though he were the following phase of a process of cultural development in our country that had begun in 1938; moved in almost as naturally as my father, Michael, had succeeded Norman in the political world. It was to be oddly fitting that David's anonymous gift to the National Gallery would be Edna's carving, Journey, a floating figure of Norman hovering over Jamaica as though unwilling to go, waiting to see his mission carried forward.

David Boxer was a co-founder of the Edna Manley Foundation and succeeded Aaron Matalon as its chairman, remaining in that position until illness made it impossible for him to attend meetings.

David would come to embody the next stage of modern Jamaican art as artist, its guardian, director, collector and curator. He was its beating heart, creating and building the magnificent collection that is Jamaica's National Gallery, its permanent and yearly exhibitions, and its extended outward reach to art across the length and breadth of Jamaica.

His work as a curator and writer about the history of this movement records much that would have been lost with the mists of apocrypha that burn off after dawn. He gave an intellectual and historical tenacity to a country's young artistic expression. So in many ways when Edna left this world, she seemed to pass the baton on to him, both to carry the movement forward and to honour its birth and early development.

All this, and we haven't even mentioned his own creative contribution to our cosmos as an artist of fierce innovative vision and intellectual rigour. He once jokingly explained that he had difficulty making up his mind whether to become a concert pianist, a scientist or an artist - such was the smorgasbord of choice his vast and varied talents offered him as a young man.

What David has taken away with him is probably as much as he has left behind: the imagination behind his work, his knowledge, his passion for a country whose national independence and character reflect equally its artistic culture and its politics. It reminds us of that dreaming head he painted whose vision and hopes inspire us in the works of M.G. Smith and that band of pioneer writers and artists who gave their fiery voices to an early nation.

He joins the hovering figures of our pioneers whose energy and sacrifice demand that we continue their legacy.

He was a true friend and inspiration to three generations of Manleys.

May he rest in peace, and may his imagination and contribution never be forgotten.

- Rachel Manley is a trustee of the Edna Manley Foundation and granddaughter of the late sculptress, Edna Manley. Email feedback to columns@gleanerjm.com.