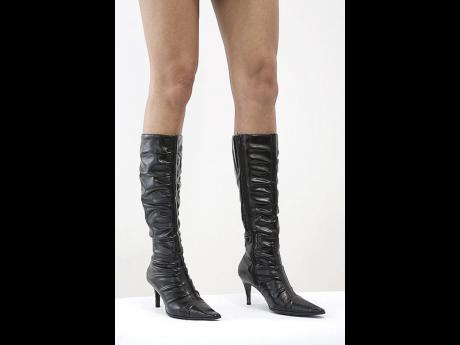 There are questions as to the lumping together of two serious issues, decriminalisation of sex work and marital rape. How are they related? What does sex work have to do with marital rape?

I could answer that they are together because they are both topical issues on the legislative agenda at this time. They both predominantly affect women, and bodily autonomy is at the centre of both. I, however, want to focus on the last of the three.

The Jamaica AIDS Support for Life, in its submissions to the joint select committee of Parliament reviewing the sexual offences and related acts, proposed that sex work be decriminalised and marital rape exemptions be removed from the act.

The proposal to decriminalise sex work is made on the premise that the law, as it stands, has devastating effects on not only the sex workers themselves, but their children, the elderly, other family members and friends of sex workers, health-care workers and service providers. This is so because, besides the offence of soliciting, the law makes it a criminal offence to "knowingly live off the earnings of prostitution" and "be habitually found in the company of a prostitute" (Sexual Offences Act, S 23).

As it relates to the sex workers, they are driven underground in order to escape prosecution; their the risk of violence increases and goes unreported; their ability to negotiate condom use is reduced; risk of contracting HIV and other STIs is increased; and access to, and uptake of, sexual and reproductive health services and commodities are reduced. All this points to the public health crisis that we could find ourselves in if we continue with these laws and ignore sex workers.

On the matter of marital rape, it is our position that a wife does not lose her bodily autonomy when she says 'I do'. As such, there should be no special circumstances under which her husband can be said to have raped her, except that she did not consent. We have seen in our work that intimate-partner violence is on the rise. It is supported by reports in the news every day and studies have shown the same.

THE RIGHT TO BODILY AUTONOMY

It is therefore foolhardy to think or even legislate that a husband cannot rape his wife unless they are separated; divorce proceedings have begun; a protection order has been issued against him under the Domestic Violence Act; or he knowingly has an STI of which his wife was not aware (SOA, S 25), to name a few of the exemptions.

We have received a lot of backlash from those who presume that our proposal for decriminalising sex work is immoral and our position on marital rape is ridiculous. However, what I have realised is that the right to bodily autonomy is one that our opponents don't believe women have. It is clear that if they accepted this as a fundamental right that all human beings have, they would not oppose our position.

While we welcome all opinions on our position, we are not swayed by the moral argument, and the claim that the law should give some special regard to the institution of marriage and not interfere. We are concerned with the health and well-being of all Jamaicans and we believe that the institution of marriage is indeed special. As such, mutual respect should be fundamental. There should be no problem with saying if consent does not exist, the offence of rape is committed.

Your support of these positions is indicative of your respect for, and acknowledgement of, every Jamaicans' right to bodily autonomy.

- Patrick Lalor is policy and advocacy officer of Jamaica AIDS Support for Life. Email feedback to columns@gleanerjm.com and plalorjasl@gmail.com.