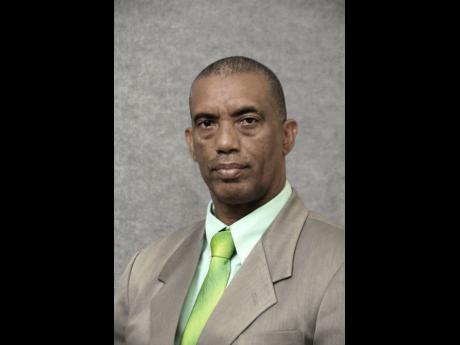 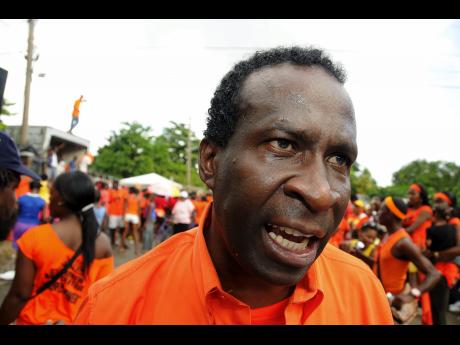 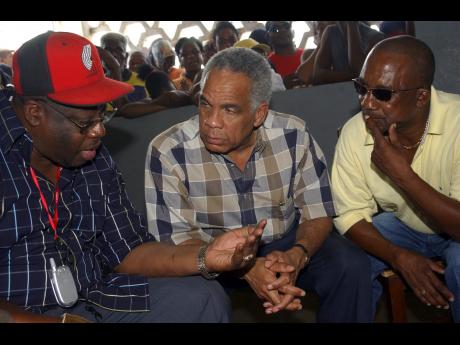 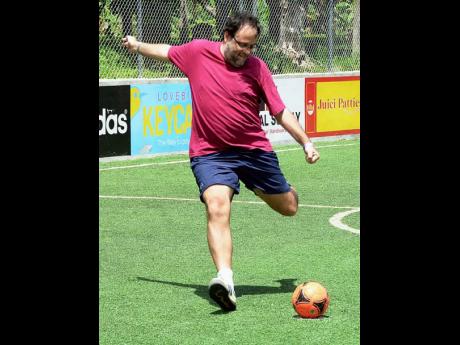 The Gleaner editorial of July 6, 2017 has mischaracterised the role that successive members of parliaments have played in respect of their chairmanship of the Arnett Gardens Football Club. According to The Gleaner, it is "a manifestation of how politics and politicians, if given a chance, will infiltrate and, ultimately, take control of institutions of any kind, especially when they provide a platform from which to corral support".

The fact is that under the watch of Omar Davies, Arnett Gardens and South St Andrew, in general, have been less of a violence producer in this crime-drunk country. It has made considerable strides, with more and more of its young people becoming more successful participants in the education system.

Pivotal to the relative stability achieved in Arnett Gardens has been through his role of chairman of the AGFC. This is the foundation that the MP-in-waiting, Senator Mark Golding, is seeking to build upon and to improve. It is in order to set the framework of what Mark Golding is setting out to do that I attempt to set the record straight as far as the story of Arnett Gardens in concerned.

Arnett Gardens Football Club (AGFC) was formed in 1977 as a community club by Anthony Spaulding, the member of parliament for the constituency and first chairman of the sports council that governed AGFC. His was succeeded by Bobby Jones, who later made way for Dr Omar Davies, who assumed the helm at AGFC in the 1990s.

During his tenure, Dr Omar Davies made significant headway in the expansion of sport in the community, including the major redevelopment of the Anthony Spaulding Complex as one of Jamaica's finest sporting facilities, with the assistance of Chris Bicknell of Tank-Weld and other private-sector organisations. He has also used football as a stabilising force for peace in the community.

As chairman of the club, Dr Davies has, for many years, carried the responsibility of securing the required financial resources to ensure its continuing operations, in what is a very challenging financial environment for club football in Jamaica. During this period, he appointed Patrick Roberts as president, Richard Bennett as general manager, and George Phang as team manager. This arrangement has remained in place up to Dr Davies' retirement from representative politics on June 29, 2017.

It is a historical fact that three of the major clubs in Jamaica depend on financial support raised by the sitting or former political representatives, who appoint functionaries to run the day-to-day operations of the clubs.

In the case of AGFC (and no doubt this is also true of many other clubs), despite having made some attempts over the years to generate sustainable sources of income, there have not been sufficient corporate sponsorship, gate receipts, player transfer fees and merchandising sales to balance the finances. The reality is that, for the most part, club football in Jamaica depends on committed club principals to financially underwrite the costs of the clubs' basic operations, such as salaries for players, technical staff and administrative staff, electricity and other utility bills, medical bills for injured players, and the maintenance of facilities.

Prior to the start of the 2016-2017 Premier League season. Dr Davies made it clear to his management team that he would no longer be able to carry the burdens relating to AGFC. Having been elected chairman of the constituency in July 2016, Senator Mark Golding stepped up to the plate by relieving Dr Davies of the challenge of financing the substantial operating deficit for the 2016-17 season, which he was successfully able to do.

However, it soon became clear that the club's financial backers need to see changes to the governance and management structure to place it on a pathway towards financial sustainability, for them to commit the substantial funding needed to support the operations. Accordingly, early in the 2016-17 season, Dr Davies took the necessary but painful decision to scale down the club's operating expenses, including players' salaries.

It is Senator Golding's intention to move the governance and management of AGFC in a sustainable direction, in keeping with the trend adopted by professional football clubs all over the world. His vision is to establish the club as a limited liability company held in trust for the Arnett Gardens community, headed by a strong board of directors, under his chairmanship, to provide oversight and guidance to a management team structured to achieve clear lines of authority and accountability. It was decided that the implementation of the new structure would await the end of the 2016-17 season.

There is a real need, and much room, for significant changes and improvement at AGFC. Some of these are:

- The entrance charge for matches needs to be collected via a transparent gate-management system.

- The club needs a properly equipped office to keep the books and produce accounts, and a system for preserving the club's contracts and other documentation, electronic data and images.

- The club's portfolio of advertising billboards and perimeter boards needs to be actively managed.

- The club needs a vibrant merchandising operation (the sale of shirts, hats, etc) to maximise Arnett's popular brand and nationwide fan base.

- A fan club, with discounted season tickets and other benefits, needs to be re-established.

- VIP passes can be used to help attract sponsors.

- Perhaps, most important, there needs to be a strong programme for the holistic development of young talent who can make a successful career out of football and other sports, initially with AGFC and thereafter in the leading footballing countries around the world.

The transition to the handover of the AGFC to Senator Golding as Dr Davies' successor began after the end of the 2016-17 season, when Dr Davies retired as member of parliament and chairman of the club on June 29, 2017, having formally appointed Senator Golding as the new chairman. The former general manager, Richard Bennett, also formally resigned on that date. Senator Golding has invited Patrick Roberts to be part of the new board of directors, and George Phang has been asked to stay on as team manager.

AGFC belongs to the community of Arnett Gardens. AGFC's finances need to be transparent, and its management team needs to be accountable for the club's revenues and assets. Senator Golding is confident that the community is fully on board with these changes and wishes to them implemented for the benefit of all stakeholders. It is, therefore, to be hoped that the current delay in the inevitable transition to the new structure will be quickly and amicably resolved.

- Garnett Roper is president of the Jamaica Theological Seminary. Email feedback to columns@gleanerjm.com and garnettroper@gmail.com.