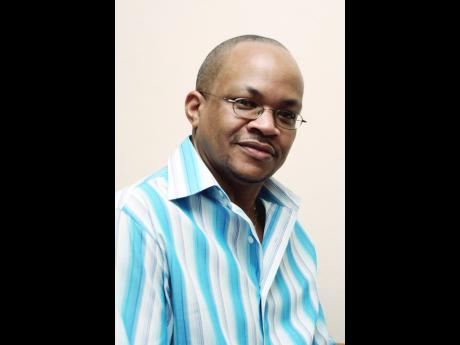 The song ‘Crawling’ also won them a Grammy Award for Best Hard Rock Performance, and the band has not looked back since, selling over 70 million albums.

Their sound utilises elements of metal, as well as rap, and their collaboration with rapper Jay-Z on the EP (extended play record) Collision Course, hit #1 on the Billboard 200, spawning the single, ‘Numb/Encore’ which won them their second Grammy Award, for Best Rap/Sung Collaboration, in 2006.

But, despite the band’s success, popularity, awards, and critical acclaim, for lead singer Chester Bennington, to partially quote from one of their massive hits, “in the end, it didn’t even matter”. He was found dead at his home, after hanging himself, on July 20, 2017.

In 2008, he revealed to Kerrang magazine that an older male began to sexually molest him at the age of seven. According to Bennington, “It escalated from a touchy, curious, ‘what does this thing do’ into full-on, crazy violations. I was getting beaten up and being forced to do things I didn’t want to do. It destroyed my self-confidence.” He suffered in silence for six years, fearing what would happen if he spoke about his trauma. “I didn’t want people to think I was gay or that I was lying,” he confessed. “It was a horrible experience.”

His trauma was exacerbated when his parents divorced when he was eleven years old. He often found himself alone after being left in the custody of his father, a cop, who worked long hours investigating sex crimes. During a Rolling Stone interview in 2002, referring to his father, Bennington said, "He was hardened by dealing with the s**t of the world every day” adding, "So he brought a lot of that home. It was a very emotional situation. It was an awful time. I hated everybody in my family. I felt abandoned by my mom, my dad was not very emotionally stable then, and there was no one I could turn to. At least that’s how my young mind felt.” The abuse finally stopped when he was 13. He has never publicly revealed who the perpetrator was, but said that it was not a family member.

In an effort to cope with his excruciating pain and severe depression, Bennington started abusing drugs and alcohol at that young age. He explained, "I was a lot more confident when I was high. I felt like I had more control over my environment when I was on hallucinogens or drinking." Acid, crack, meth, he tried all to exorcise his demons, but his addictions persisted into adulthood, with his bandmates even staging an intervention for him in 2006.

But music was a therapeutic outlet for Bennington. Many of the songs that he wrote or co-wrote were autobiographical. Songs about depression, fear, paranoia and self-loathing. He spoke of being able to tap into all the negative things that happened throughout his life by numbing himself to the pain and being able to vent through his music.

‘Heavy’, the lead single from Linkin Park's seventh album, One More Light, was released in February 2017. Bandmate and one of the co-writers of the song, Mike Shinoda, recalls the day work began on the song. According to Shinoda, “Chester walked in and it was, 'Hey, how are you doing today?' and he's like, 'Oh, I'm fine,' and we were hanging out for a few minutes and he was like, 'Y'know what? I have to be honest. I'm NOT fine. I'm NOT ok. Too much stuff is just happening to me. I just feel underwater. Things feel so heavy to me...'" Shinoda added, "What I would say is the key to it, the most important lyric to it all is 'if I just let go I'd be set free'."

Earlier this month, Bennington did just that. He ended his misery on the birthday of Chris Cornell, his close friend and fellow rocker, who committed suicide two months earlier, also by hanging.

The wounds of child sexual abuse run astonishingly deep. Many people never recover from even a single assault. To have been violated repeatedly over a number of years must have caused incalculable damage. The irony in all this is that Bennington’s music assisted so many in dealing with their own struggles.

Referring to Bennington, a blogger, who suffers from depression, wrote, “He was my voice. His voice was my anger. His voice was my disappointment. That incredible range spanned my emotions. That scream communicated my frustration in ways I could not. He was my words. And the words gave me hope. So, what do you do when one of your heroes has decided that he cannot go on, that he does not want to? I cried. I’m still crying.”

In the song "Leave Out All The Rest", from Linkin Park's 2008 album Minutes To Midnight, Bennington sings:

"When my time comes, forget the wrong that I've done.

Help me leave behind some reasons to be missed.

And don't resent me when you're feeling empty.

Keep me in your memory

Leave out all the rest.”

I will do just that.