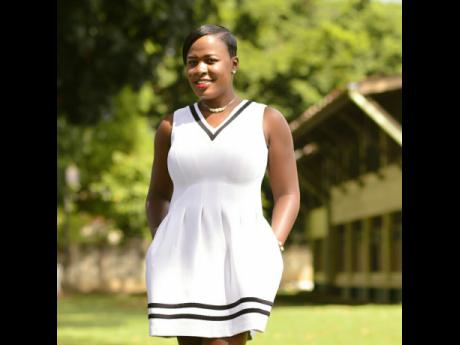 My professors have lways discouraged me whenever I have research ideas relating to crime. Out of an abundance of fear, mainly. This time, it is not fear that will force me forward; it is my simmering anger about the special operations zones legislation passed by the Government.

In isolation of other factors, the law is very counterproductive and unconstitutional if the aim is to solve crime.

The key to solving any problem between groups of people who don't see eye to eye is building trust, sharing a vision with wide, far-reaching benefits, and demonstrating a level of understanding and tolerance.

While this law is expected to prevent crime over a short period, it is another top-down approach that is blatantly disregarding community involvement in alleviating the ill. Taking away the residents from the national security process will further widen the gap of distrust between communities and the security forces. They will not keep an eye out for suspicious persons, vehicles and activities. Under this operation, it is expected that security forces will not be inclined to listen to the voices of the people. It will breed more oppression of the masses, the ones who form a large part of the voters' lists. It will not solve crime in the long term.

The probability that the legislation will solve crime is very linear. Once this active volcano erupts in boiling areas, criminals will seek rescue all over Jamaica. The security forces will not be able to stop that or easily locate them. Peaceful ghettos, as well as residential areas, will be disrupted. It would further exacerbate the problem.

This operation will become a form of state of emergency that will be operating in minute patches, secretly employing labelling and scapegoating as its guiding principles. Some of these areas will not be new to us, as history has shown us. It will further create fear, not remove it. As a proud 'ghetto-ite', I have witnessed how security forces have abused their authority. They have kicked down doors, cranked up guns, sprayed tear gas, slaughtered the innocent and driven fear into many residents.

In this day and age, the special operations zones legislation should reduce the levels of brutality within the security forces, but there is no evidence that they are ready to take on this feat.

Crime is all over Jamaica! Businessmen and women are being murdered. They are being murdered in areas that I'm assuming will not be captured in the special operations zones legislation. While the crime rates are lower for business communities, ignoring these areas will not solve crime.

We need to treat crime as a public health concern. I'm very curious to see the first zone, and I hope that in the Corporate Area, they will not be rolled out in Arnett Gardens, Maxfield Park and Nannyville only.

Although these heavy-handed measures are sometimes necessary to curb escalating crime rates, they should not be the norm. Let us not forget that slavery is done and gone, and today we are dealing with human beings, not human cargo. For that reason, I am clamouring for a balance between controlling crime and protecting human rights.

- Shari-Ann Henry holds a Master of Science in development statistics with specialisation in social and demographic statistics from the UWI, St Augustine, campus. For her thesis, she looked at spatial inequalities across Jamaica using indicators of sustainable housing. Email feedback to columns@gleanerjm.com and henryshariann@yahoo.com.