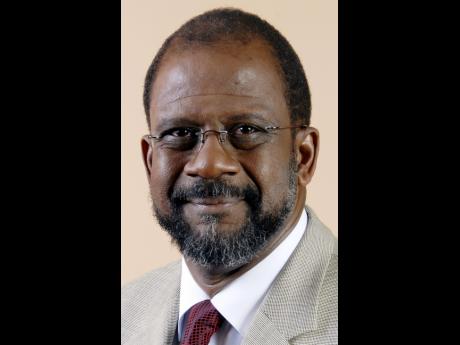 Jamaican society has evolved from the time of the passing of the Firearms Act in the 1947 Colonial Legislature, when the privilege to legally own and carry a firearm in our country was dependent largely on a citizen's socio-economic class and colour, a situation which remained in place up to the establishment of the FLA in 2006.

I remember my own childhood experiences growing up on Sevens Road in May Pen, the son of two civil servants. My father owned a .32 cal. revolver that he claimed was to protect life and property. It was the very same type of pistol that was used by our civil servant neighbour to end his life one Saturday morning on his front lawn.

Guns have always had a prominent place in my consciousness. I remember 'Busha', with his 12 GA shotgun, riding his horse to secure his property from the "tiefin bwoy dem" and the signs on the fences warning that trespassers would be shot on sight.

The Firearms Act was revised by the legislature of independent Jamaica in 1967, providing for individuals to own and use firearms and ammunition after application to the superintendent of police was approved. Unsuccessful applicants had the right to appeal to the minister of national security, who would convene a hearing on the matter.

Unlike in the United States where the bearing of firearms is a constitutional provision, the lawful bearing of arms in Jamaica is a privilege granted at the discretion of the Government of Jamaica, effected through the authority of the minister of national security and administered through the offices of the local superintendent of police.

So the superintendent of police exercised his discretionary powers to grant firearm licences using essentially the same class and colour criteria, as did his colonial-era predecessors from 1947.

I also remember my own 1987 application to the superintendent of police at Constant Spring for a firearm licence, because I was then the managing director of a garment-manufacturing concern, whose weekly cash payroll for its 600 employees was considered a security risk.

The inspector who handled my application repeatedly told me that the licence approval had not yet come back from the commissioner's office, I finally gave up after 14 months of waiting. I was later made to understand that one had to "lubricate the process" to actually secure that which one was already proven legally fit and proper and eligible to be granted.

It seemed clear to me thereafter that thousands of dollars must have been changing hands to secure a firearm licence. This arrangement thrived for years, as both the corrupt approvers of the permits and the corrupt beneficiaries brought the entire system into disrepute.

The government of the day had no choice but to devise a response and led to Cabinet Decision 7/04 in 2006 and which gave approval for the revision of the policy and procedures in the act relating to the issuing and renewing of firearm licences and the establishment of the Firearm Licensing Authority for carrying out related functions.

This decision wrested the power to grant approvals for licence from the hands of the superintendents and put an abrupt end to the old corrupt arrangement, or so it was thought.

In its early years from 2006, the fledgling FLA operated within an atmosphere of deep resentment from its national security sister agency, the JCF, not dissimilar in many respects to the JCF's current unofficially expressed sentiments toward INDECOM.

FLA applicants whose applications for firearm licence are denied by the FLA have the recourse to appeal the decision within 21 days after their receipt of the written denial, to the Review Board, which will review the appeal and make their recommendations to the minister, all independent of the FLA.

When the board I chaired assumed office in May 2012, the minister charged us to: reduce the then up to three-year application processing backlog for the FLA to provide a deny or approve decision to applicants, to make more transparent the criteria for the granting of licence to fit and proper law-abiding residents of Jamaica, without respect to their socio-economic class or colour, and to also address the then rampant rumours and anecdotal accounts of rampant corruption at the still-fledgling FLA.

We recruited the services of a brilliant administrator and leader from Scotiabank to manage and lead the necessary organisational restructuring and business process re-engineering at the FLA.

Within four years, the proud, committed young Jamaican professionals at the FLA caught the vision and achieved all seven strategic objectives: 1.To provide a decision for new firearm applications within six to nine months. 2. To process renewals and recertifications in less than one hour. 3. To perform audits on security companies, gun dealers, shooting ranges, and gun clubs at least biennially. 4. To ensure adequate risk-management systems to protect the Authority's database of licence records. To ensure timely payment of, and accounting for, all fees due and payable to the FLA for delivery of services. 6. To ensure consistent high levels of customer service and satisfaction for internal and external customers. 7. To provide a regular forum to meet with the FLA's main stakeholders.

With all that was achieved in 2015, to what can Jamaica attribute the drastically changed fortunes of the FLA today?

- Robert Gregory, CD, JP, is a former chairman of the FLA.