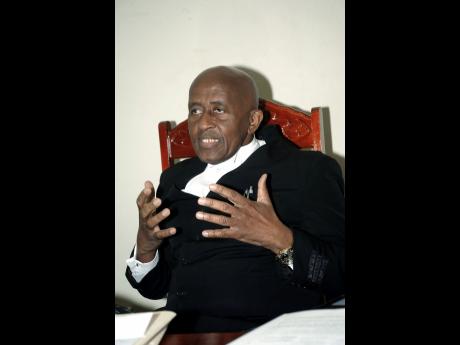 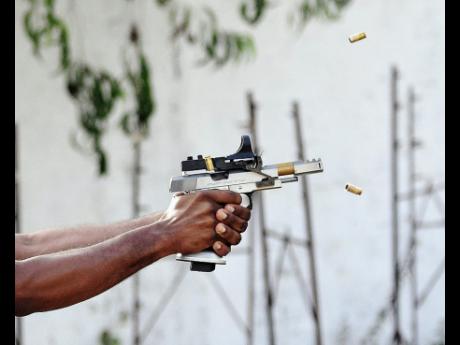 The fallout at the Firearm Licensing Authority (FLA) must be seen as a national security disaster for Jamaica. That it is now emerging that almost 300 persons who ought not to have been awarded licensed firearms were, in fact, so availed of weapons is a frightening reality and a reflection on our failure to properly manage sensitive and important aspects of our national security 55 years after we became independent.

There is no point in the Jamaica Labour Party (JLP) and the People's National Party (PNP) indulging in a blame game at this stage. Whether all or some of the firearms were issued during their respective tenures in government is not the significant factor for the average citizen.

What citizens need to hear now is that the present administration is prepared to do all that is required to ensure that those who are responsible for this debacle must 'wear short pants'.

It is not difficult to conclude that the issuing of firearms licences to criminals is the major factor generating the out-of-control escalation in criminal activities, nearly all of which involve the use of firearm. It should be noted, too, that in the majority of instances where criminals are using their weapons, they appear to have an inexhaustible supply of ammunition, so that they not only fire in a targeted manner, but reports are that they do so wildly. This would indicate that the criminals have gained easy access to ammunition and feel confident, knowing that they will be able to obtain resupply easily.

As part of its priority, the FLA should establish an accounting system for all persons and entities licensed to import and sell ammunition. This system should require the maintenance of a proper database showing who purchases ammunition and should also show the quantum purchased and a copy of the purchaser's firearm licence/permit showing how many rounds the person is allowed to purchase.

An important lesson that the PNP and the JLP should both learn from the disastrous fallout at the FLA is that appointments to sensitive and important positions in government entities should not necessarily be given to political supporters but to persons competent and capable of performing in the office.

It is being reported that retired Major General Antony Anderson is to be appointed chairman of the FLA. The question to be asked is, why was someone of this calibre and experience not so appointed from the beginning?

The Government should go on to appoint persons who are of the highest integrity, persons who are honest and who, by virtue of their experience and knowledge, are best able to assess applicants and determine whether or not they are suitable to be granted firearm licences.

The crime situation in Jamaica today is a threat to every citizen, and just about everyone is now in fear, except the gunmen, who seem to fearlessly and without any concern for their security enter communities and open fire indiscriminately at groups of citizens, including infants.

The Government owes it to us to increase our security. That is a national responsibility that should never be treated lightly.