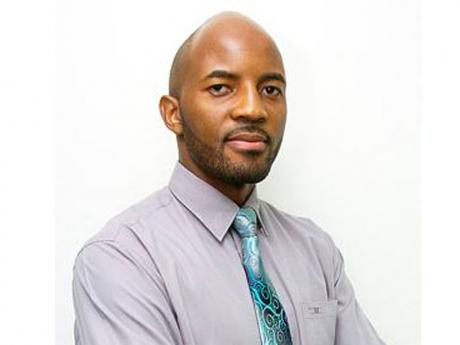 I have spent the past week trying to digest a comment made by Major Basil Jarrett, the civil military cooperation officer of the Jamaica Defence Force (JDF). Jarrett, one of the spokespersons for the zone of special operations (ZOSO) in Mount Salem, St James, seemingly startled himself in a Television Jamaica interview as he sought to assure that the mission will be a success, despite the flood of reservations by the doubting Thomases.

Here's what the major said: "I think for most persons, they expect to get up in the morning and hear that police and soldiers are trading gunshots with criminals. That was never the intention of the zones of special operations. We knew, we anticipated, and, to some extent, we wanted these criminals to displace from the communities. When they are on the move, it's much easier for us to track their movements, it's much easier for us to figure out where they are likely to be holed up. We know that the guns are there and we know that not all of the guns would have been able to move out in a reasonable time."

What! Did the major really say when criminals are on the move, it's much easier for the security forces to track their movements? So, where is Duppy Flim? He has certainly been on the move! But this is the part that has given me bad stomach: "We know that not all of the guns would have been able to move out in a reasonable time." IN PHOTO: Some residents of Clarke Street interacting with members of the security forces in Mount Salem

What is a reasonable time, Major? And, what would cause some of the guns to move out within that reasonable time? And, why would some, and not ALL, of the guns move out? And, since guns don't move out on their own, are you saying that their carriers had information about the zone before the declaration and were, therefore, able to "move out"? Or, were there loopholes in your cordons that caused the criminals to slip through? And, if you knew that the guns were there, why didn't you move to get them all along? Jarrett seems to have forgotten the realities that have handcuffed this nation for some time now, and the cuffs are only getting tighter.

Survey upon survey have shown that Jamaicans do not trust the police. This means it's less likely for people to call the police with information, even about the criminals. On top of that, I keep saying that too many policemen and women, for reasons unexplained, seem uninterested in tips that can help to solve crimes. But there is an adrenaline overflow after a crime has been committed, with wailing sirens, skilful manoeuvres through traffic, and mad dash by cops on to crime scenes.

I am careful not to broad-brush the entire police force, since there are indeed hard-working professionals in the organisation. I know that. But it's hard not to lose hope when I have, at no less a place than the police commissioner's office during his first press conference on June 13, raised the concern about the failure of the police to accept and act on credible information in crime fighting. In that press conference, Commissioner George Quallo directed me to avenues like Crime Stop that he said have been successful. I pitied his response. But this is a reality we cannot ignore, Major Jarrett.

Then there is the matter of the strategy for executing the ZOSO. An element that has not been articulated, and perhaps for good reason, is the strategy behind the execution of the zone. If the strategy is for criminals to leave the potential zones before the arrival of the security forces, I reckon an announcement would be made days before the police and soldiers move in, and then the streets would be flooded with cops to catch the wanted men while on the move. That was not the case with Mount Salem. It was supposed to be a surprise, and that's why residents woke up to scores of army men and the few cops who obeyed the order to report to the location. It's why I am so puzzled as to why, as Jarrett puts it, "not all of the guns would have been able to move out in a reasonable time". What really happened, Major? I have said from the outset, and wished to have been proven wrong, that Mount Salem simply needed effective policing. But after Jarrett's utterances, I'm left to wonder if effective policing is all that's needed, for, on the face of it, it seems much more needs to be uncovered.

- Damion Mitchell is the integration editor at The Gleaner and co-host of 'Independent Talk' on Power 106 FM. Email feedback to columns@gleanerjm.com and damion.mitchell@gleanerjm.com.