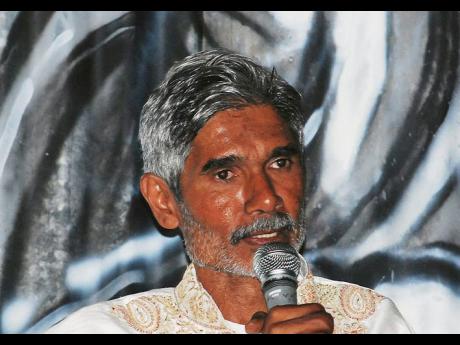 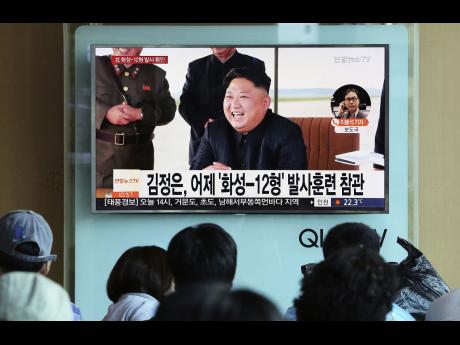 AP
People watch a TV screen showing a local news programme reporting on North Korea’s missile launch, with an image of North Korean leader Kim Jong-un, at the Seoul Railway Station in Seoul, South Korea. AT TOP: US soldiers conduct a joint military exercise between the US and South Korea at the Rodriquez Multi-Purpose Range Complex in Pocheon, South Korea, on September 19. 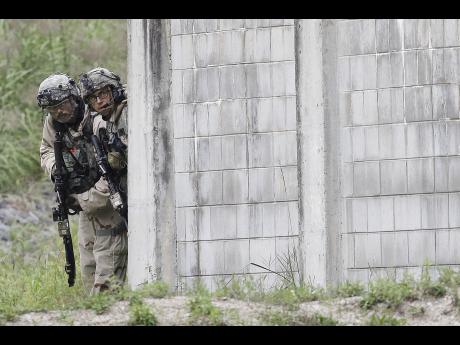 AP
US soldiers conduct a joint military exercise between the US and South Korea at the Rodriquez Multi-Purpose Range Complex in Pocheon, South Korea, on September 19. The military flew advanced bombers and stealth jets over the Korean Peninsula and near Japan in drills with South Korean and Japanese warplanes last Monday.
1
2
3

If nuclear deterrence is a cardinal principle, why should it be a cardinal principle only for a few? Why should North Korea denuclearise when others are not doing so? When the others are testing and enhancing their nuclear capacity? When the US has militarised the Northern Pacific, with its self-declared Pivot to China? With its nuclear-armed submarines and 400 bases around this region?

Why should the UK, the US, France, Russia, India, Pakistan, China, Israel own 15,000 nuclear warheads, plus intercontinental ballistic missiles and submarine nuclear payloads and North Korea not have one, five, 10?

What nation or region has North Korea invaded? Has it invaded Africa, the Middle East, Latin America, North East Asia? Wreaked havoc of Hitlerite proportions all over the planet since World War II? Does it own a global military arms complex that profits from continual genocide? Does it sell weapons of mass destruction to vulnerable regions of the planet?

Has North Korea ever tried to destabilise Russia, China, India, the United States, Western Europe? Tried to intervene in their electoral processes? Assassinated their national sovereign leaders? Plotted and executed civil wars? Armed terrorists? Pulled off coups far and wide? Sent its warships into the North Sea, the Gulf of Mexico, the Arabian Peninsula? Does it possess thousands of military bases throughout the planet?

Has North Korea hatched global surveillance states, financial empires, global corporate kingdoms? Has it built an economic system intent on destroying the planet? Is it a fan of consumerism, materialism, overproduction, and overconsumption? Does North Korea spend billions of dollars in gospelling empire, war, genocide on CNN, BBC, Fox, MSNBC, and Voice of America?

Has North Korea killed a few million indigenous people in North, Central, and South America? Did it enact slavery laws? Did it cause two World Wars in the 20th century? Did it slaughter six to eight million Jews? Did it carpet-bomb London or Dresden? Did it bomb the soul of Chechnya to smithereens? Did it plot to assassinate Che Guevara or Patrice Lumumba?

Walls of death and destruction

As the United States pivots further and further into the North Pacific, threatening China, Russia, North Korea, surrounding these nations with bases, nukes, destroyers; as Governments come under increasing threats from their populations in the face of income shortfalls; as the global economy declines, too many goods chasing too few markets; as conventional arm sales escalate globally, North Korea sees war as a logical outcome.

The United States and Western Europe would sooner smash up the global economy, substitute war for trade, than forebear competition from the BRICS (Brazil, Russia, India, China, South Africa) nations.

In the face of such global threats of war, North Korea has decided to build the ultimate deterrent. No magic here, just common logic. It is the US that napalmed and carpet-bombed North Korea in the early 1950s, not the reverse. The premise of 'the international community' is that it should not possess its own deterrent, nuclear missiles. Why not?

If nuclear weapons are a deterrent, North Korea should have them more than any other. It has historically been invaded by both Eastern and Western foes; it has been globally demonised; it is philosophically anti-imperialistic; it is non-aligned; it aspires to economic self-determinism.

Must only large, wealthy imperialist nations own nuclear weapons? Must they own all for themselves? And small, poor nations shall have nought? Must the principle of nuclear deterrent apply only to large nations? How many Muslims, Christians, Hindus, Africans, Sikhs, Apaches, Chinese, Buddhists, and Australian 'Aborigines' have the North Koreans killed? Can North Korea rely on the UN for fairness, which beats its brows in despair, or launches after-the-fact sermons and platitudes, or practises learnt silence in the face of Western atrocities?

Serfs of imperialism, including Third-World governments and citizens everywhere, the mainstream media in the Caribbean, blithely accept the current bullying of North Korea. Who is left to stand up for the poor, hapless, and small nations of the planet? If China, Russia, the UN, India, allow the US to bomb North Korea, how could small fiefs feel safe among the medieval duchies and kingdoms? And if President Trump's logic is that the US will "have no choice but to totally destroy" North Korea if attacked (UN speech, September 19), why should this logic not be used by any nation that the US itself attacks?

- Wayne Kublalsingh is an environmental activist. Email feedback to columns@gleanerjm.com and wbkubla@yahoo.com.